Are missed nails and gaps between members a concern in new construction framing?

I’ll preface this by saying this is our first home build and my wife and I are very new to the process. After having some issues with our builder we finally started framing last week. After walking the jobsite yesterday, we noticed several things that had us concerned (missed nails in studs, window supports not resting against the cross brace and split studs). Before we go back to our builder and ask for clarification from a biased source, I was hoping to get some advice, is this normal in this stage of the build? 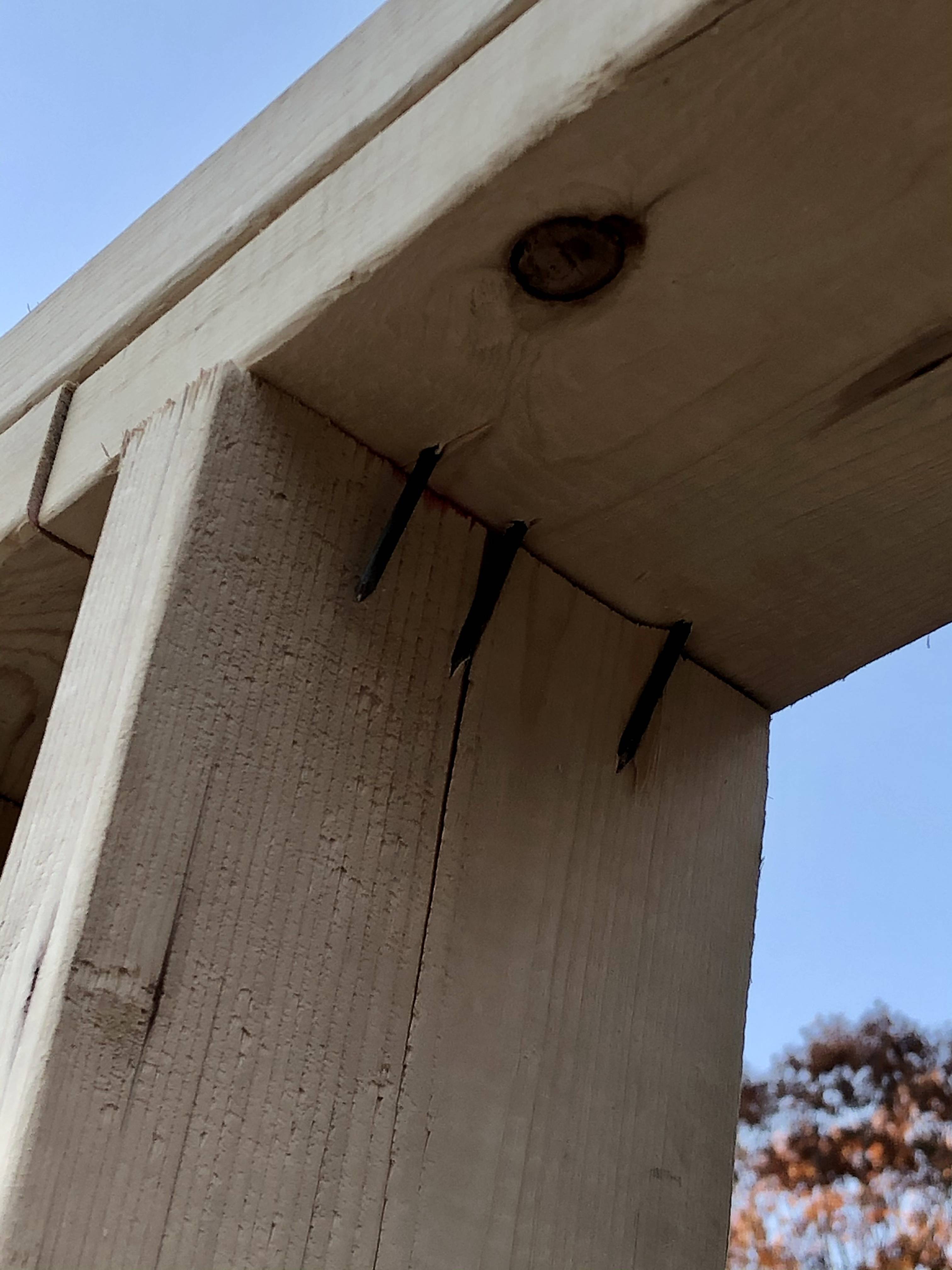 That's not good. However, before you complain, grab the stud and see if it will move. It could be that the carpenter quickly fired 3 nails then realized he missed and got it right with a 2nd set of nails in which case there's nothing to worry about. Since there's a 2nd top plate (as there should be) you can't look to see if there's a 2nd set of nails, you can only try to move the stud. You may have to bang on it a bit, though with no weight on it, it should move reasonably easily if it's not actually nailed.

You could bring it up politely with the foreman, "Hey, that doesn't look quite right... Can you confirm that this was renailed?" Then wait for him to prove to you that it won't move.

I'd be more concerned, however, that the top plate joint isn't directly above the stud, but I'll leave it to the actual working carpenters here before panicking about that. I wouldn't have done that, but I don't know if it meets code or not.

2
Load considerations on framing members that are only attached to concrete?
3
Should there be waterproofing between the rim joist and ledger on new construction?
0
Framing a window directly through a post in post-and-beam construction?
0
After 1 year, how much gap between members is acceptable in light framing?
1
Window framing gaps and split wood
3
Is there a typical layout to blocking installed for backing in new construction framing?
42
Are gaps above and below framing members a concern?
16
What's the difference between "Framing Lumber" and "Framing Studs"?
1
Is the wooden-stud basement wall that runs next to & parallel to the shared concrete wall separating two townhouses load-bearing?
1
Are the electrician's holes in my framing a structural concern?