This is probably not possible and instead just highlights my basic lack of understanding, but thought it was worth asking! If it is possible I would get a qualified electrician to do it.

I'd like to install a smart wifi dimmer switch which requires a neutral wire, but I don't have a neutral. (I've already got a smart dimmer that works without neutral, but want a nicer one that does require it).

The switch in question is a 2 gang switch. One switch controls my kitchen spot lights, the other controls an outside light that we've never used.

I've read that the reason for a neutral is so that the wifi switch can draw power to run itself even when the light circuit is broken. So I was wondering if in the absence of a neutral wire, the redundant wires for the outside light could be made to provide power for the wifi switch.

The box in the wall has an earth wire looped into the casing. 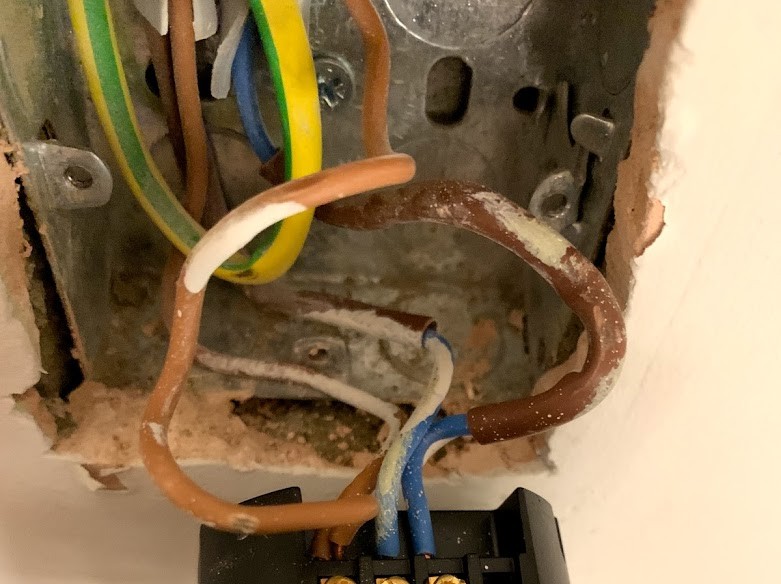 In the absence of any other answers I'll put what I'm thinking currently. Please tell me in the comments why this will cause my house to burn down (and also vote me down while you're at it). Or even better, help me improve the answer or give a better solution that actually works :)

In the redundant socket

In the absence of doubt, this "answer" should not be thought of as an answer yet and will not be accepted unless enough people with more knowledge than me confirm it's safe. And... I'd still get a qualified electrician to actually do the work.

Not the answer you're looking for? Browse other questions tagged electrical wiring dimmer-switch neutral smart-switch or ask your own question.

1
Issue replacing a regular 3 way switch with smart one that requires neutral
2
Wiring a GE smart switch in a box with 2 light switches sharing a neutral wire and switches sharing a hot wire on same circuit
0
Removing a light switch cuts power to my entire room. Breaker not tripped. Smart Switch Install
2
Wiring Z-wave Dimmer switch into 2-gang switch setup
2
Smart Switch Wiring Question: What is the Need for a Neutral Wire? How to Provide One?
3
Installing smart switches in 2-gang box with switch loop
0
Installing 3 Gang Smart Switch
2
Converting a 3 way switch without neutral to a smart switch that needs one
0
3-way smart-switch installation: How do I re-claim the white (currently) traveler to be a neutral?