I'm currently wiring CAT 6 network cable throughout my house and am also installing several Ubiquiti NanoHD wifi access points on ceilings. The original house is a 1920s build and has lath and plaster ceilings; the 1990s extension uses plasterboard. 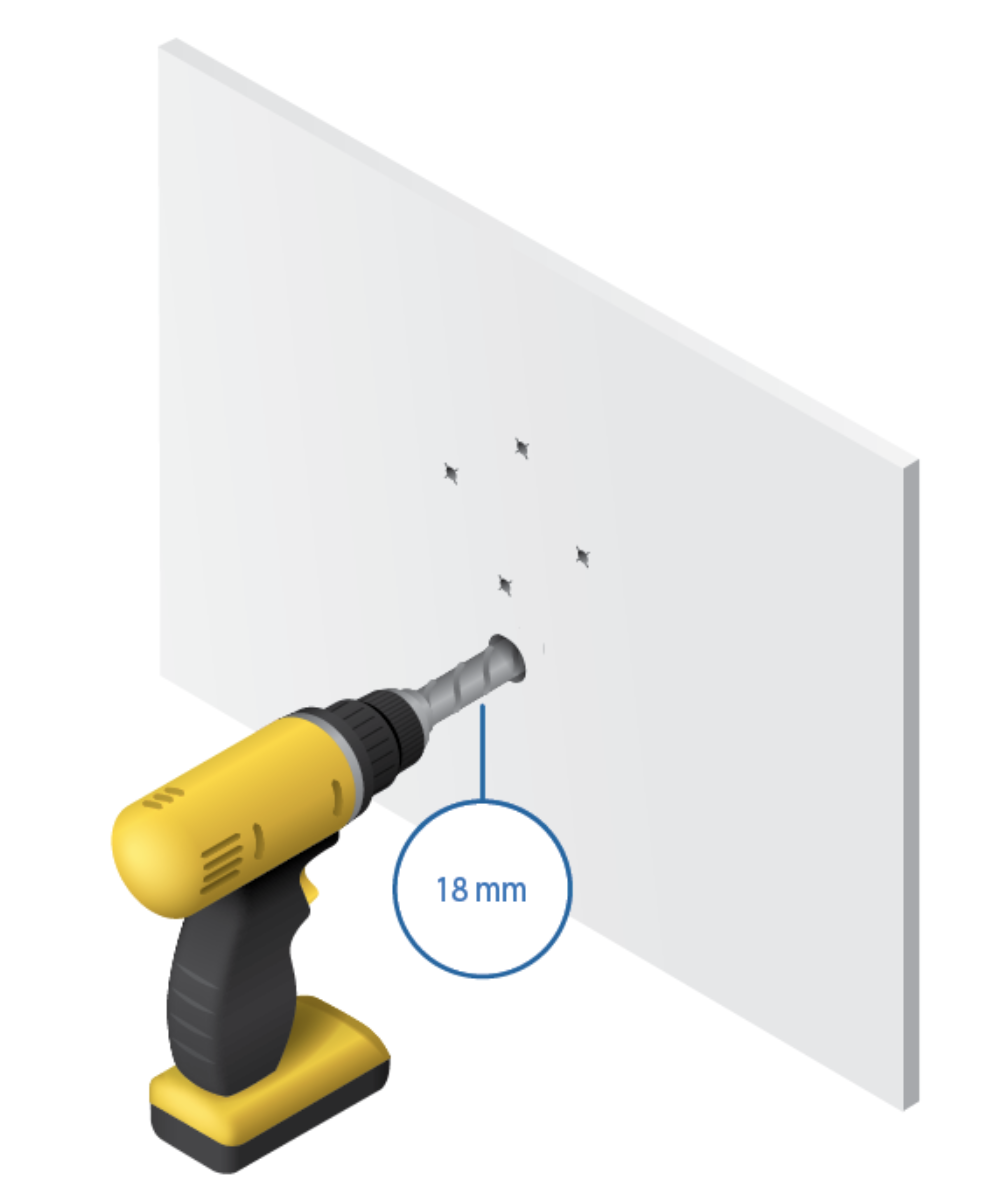 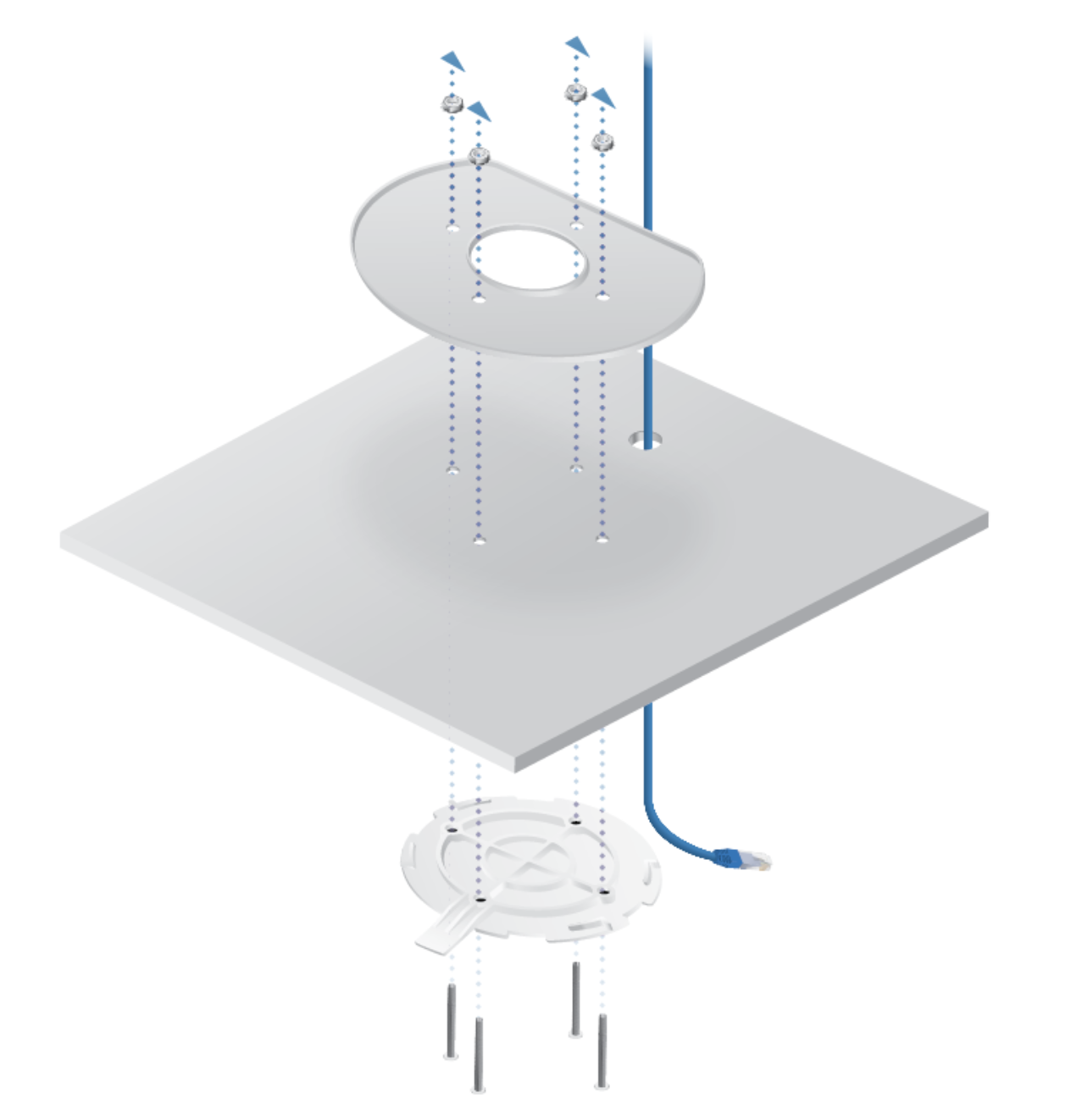 However, drilling (in general) into lath and plaster gives me concern, particularly because of the horror stories I've seen of people trying to install recessed lights and the entire ceiling falling down and electricians saying "never again"!

I could use Command Strips as a last resort as the devices only weigh 300g (10.6oz), but would still require the 18mm cable hole.

My house was built in the 1890's and is predominantly plaster & lathe. I've mounted everything from small pictures to 10' long by 8' tall shelving to the wall by simply running drywall screws into the wall. I've tried using a stud finder to find studs, but the lathe befuddles them. I simply drive a screw wherever I want to hang something and have never had a problem.

When mounting on plaster and lathe, I'd recommend simply driving screws through the mounting holes and into whatever they find to hit behind them. As small and light as these are, even if all 4 screws only find plaster, they'll still hold just fine.

I think you are indeed, as you suspect, overthinking this. Some things are OK to fudge a little with the install, I think this is one of them.

It's powered by PoE so if your mount ever did fail, there wouldn't be a wire with dangerous voltage dangling around.

It's in your home, so it's not subject to theft or vandalism like it might be in a campus environment.

If your network is like most home wifi networks, this device doesn't serve any critical life safety function.

This device is small and light. The wood lath in your ceiling - even if it's old and dried out and not as strong as it once was - will provide enough purchase on screws to secure the device. You might need longer screws than are provided with the device - maybe 1-1/4" wood screws - to get past the plaster into the lath.

Notice that the holes in the mounting plate are tapered / countersunk to accommodate the head of the screws. It would be tempting to use drywall screws, the big coarse threads would help hold in the thin and aged lath. But I think they will be a bit too big, so they won't sit flush, which may prevent you from getting the WAP to screw into the mounting plate.

A suggestion. I have mounted a lot of this brand access point. The worst thing about them is the retaining clip on the mount, especially on the smaller Nano models. It's really difficult to get that to let loose once the thing is mounted. I snap that clip off.

The second worst thing about them is getting the WAP to screw onto the mounting plate. Just be careful and patient and don't force it or you may do damage to your ceiling, no matter what method you use to attach it.

Not the answer you're looking for? Browse other questions tagged wiring ceiling or ask your own question.

32
How do I wire an old house with Cat6?
3
Should I replace or patch a plaster ceiling?
5
Are there octagonal box extenders that are slimmer than 1 1/2" deep?
5
How should I run speaker, HDMI and electrical wiring for my ceiling mounted projector theater room?
0
How Can I install a 4inch ceiling fan in a 3 inch hole?
2
Proper craftsmanship to mount Wi-Fi AP and ethernet cable to ceiling?
1
How to fix cracks in hybrid gypsum/plaster ceiling?
1
Suspending many lightweight acoustic panels from a plaster ceiling
0
How to pass large cable bundle through drywall?