I purchased a Delta Faucets shower head and diverter setup to be replacing the existing equipment in a tiled shower. For reference, the image below looks similar (but not the same) to the equipment that is in there: 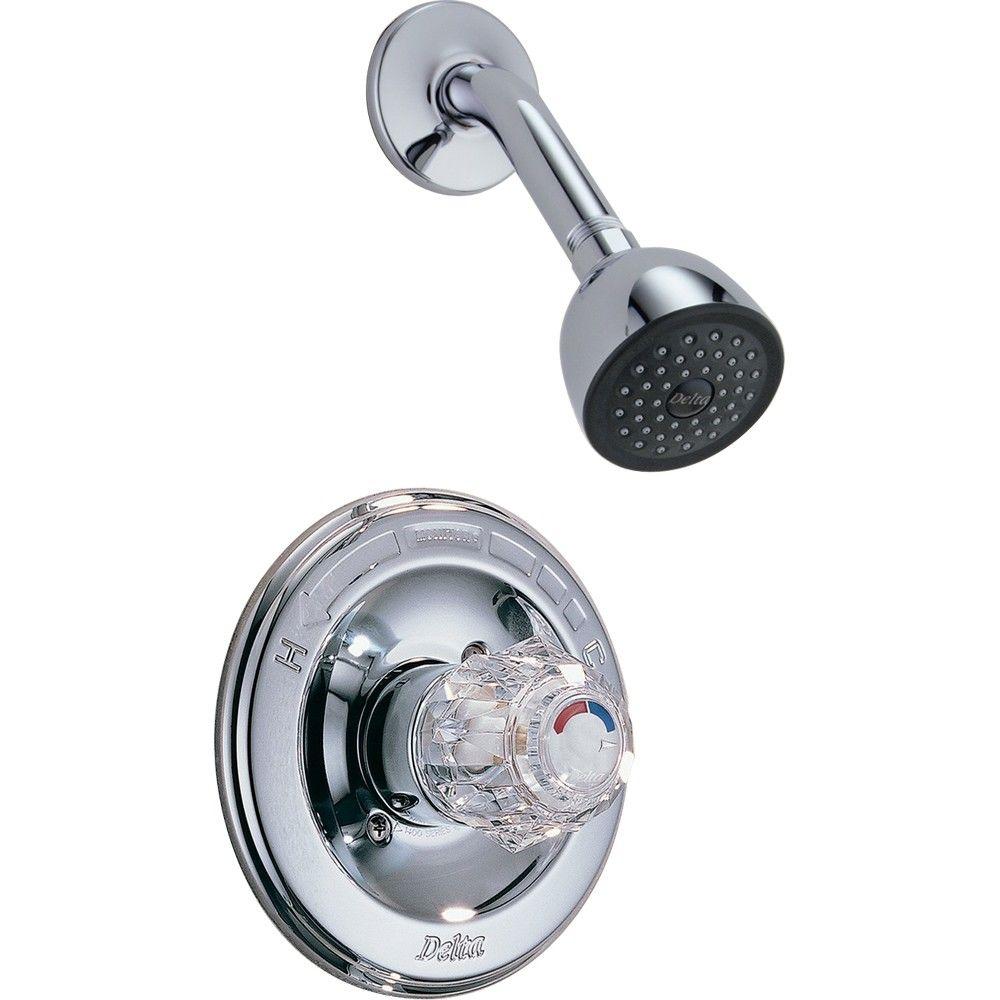 When going to remove the existing equipment, the screw that hides behind the center of the acrylic diverter was rusted. Knowing I was going to replace everything, I drilled out around the screw as well as part of the screw until the knob came off and I could get to the rest of the hardware allowing me to disassemble it.

After removing everything and looking at the plumbing, I see there is no reasonable way for me, with my skill level and without breaking out tile, to install a new valve and all the other things necessary.

So, now I have a broken shower, I cannot reattach the old knob yet I'm still looking to upgrade my diverter.

Is there some type of adapter that will work? Are there standards? I've found that Delta offers an extremely large selection and it's overwhelming for someone who doesn't understand what is compatible.

Slightly more context: the equipment installed now looks like the one in the photo, but is not identical. The photo is of Delta's "Classic 13" series. I'm wondering if that's what I have even though it's at least 20 years old thus I'm wondering if I can replace what I have now broken with either this exact same thing or the other Delta Classic 13 diverters I see.

I'm way in over my head on this one and have committed to fixing this (especially since I broke it) for someone on a budget not looking to pay me to learn. Any help would be appreciated.

Browse other questions tagged plumbing bathroom shower diverter or ask your own question.

0
Water leak under kitchen after shutting off / turning on water

8
How do I prevent this bath faucet from leaking while the shower is running?
0
How can I remove a shower faucet with no set screw?
2
2 shower heads and 1 rain head…low flow
1
This shower valve doesn't seem to have a set screw and i need to take it off
0
How to remove/replace the cartridge for this Delta Monitor shower faucet?
1
How to address diverter pipe length issue during shower remodel?
0
3 Handle Shower Cold Water Turns On Shower
1
Help Identifying this Shower Faucet Cartridge
0
tee diverter / valve to my shower