How do you put another outlet onto conduit

I'm debating how wire will be run in my workshop. I asked a similar question earlier, but this deals specifically with working with conduit.

First off, I think I prefer running raceway along the walls. However, I'm considering metallic conduit as a alternative. If I run conduit, how would I go about adding another outlet (or something) in the middle of the conduit run? Do I have to disconnect everything downstream from where I want the addition, pull the wire out of the conduit then cut the conduit, add the new receptacle and pull the wire back down the conduit to the downstream receptacles? This seems like an overly laborious effort just to add "something" else to the current conduit, but I see no way of cutting the conduit without pulling the wires.

Surface raceways will save you a lot of work in many situations, especially big raceway where you mount receptacles in the cover. You can add wires from the nearest receptacle on the same circuit to the new receptacle. These surface raceway products are expensive, some are very expensive, but it's not too hard to work with and you can get a great finished installation without any special tools. With conduit, you really need to buy a bender and learn how to use it to get a nice finished install.

Of course with conduit, you could just backtrack. Put the new box under the existing conduit, run a new conduit and wires from the nearest box to the new box. It doesn't look as nice but it's totally fine.

If you really don't like the idea of boxes at different heights when you backtrack - you could enter the tops of the boxes on the left and exit on the right with pull elbows... 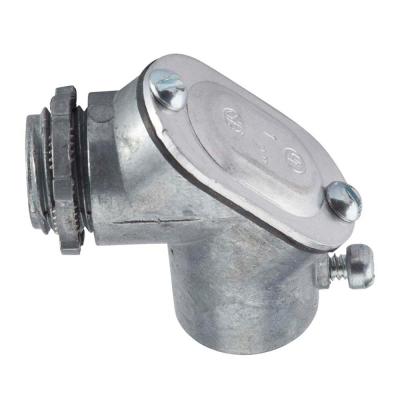 ... or, you could run the conduit down at baseboard level and stub 90s up into the box left and right. That might look a little nicer. You get the idea, you can get creative.

EIther way, then you'll have clear space between for new boxes. This will be easier to modify if you add boxes. You can use a side knockout to backtrack and hit a box set at the same level.

Yes, that's basically how it's done but there is a bit more to it. You have to replace the "downstream" wire anyway because it will not be long enough to make the connections to the new outlet and still reach the far end.

This is why it's important to plan for where you need outlets BEFORE installing so that you avoid this situation altogether.

BTW - you usually have the same problem even without conduit as there is generally not enough slack in any wire run to add in outlets.

Don't make it harder than it is :)

At the last junction box before your planned box (or the first one past it, or wherever, really)... knock out one of the knockouts that faces your planned box. (Or is 90 degrees to it).

Extend some new conduit out of that knockout (using an LB, LL, LR or pulling elbow to round a 90 corner if need be). Mount the new box so this new conduit goes straight into it.

Install your receps in the new box. Run new wires down the new conduit "back" to the box you tapped off of, and either splice in there, or continue through that box to wherever you're going.

If you need more cubic inches, use a taller domed cover or mud ring or extension box.

If you would exceed 4 circuits per pipe or run out of conduit fill, lay a second pipe parallel to the original on the route needed.

However you can avoid this in the first place by...

Simply installing the junction boxes you might need before pulling any wire. You're not obliged to put receptacles or switches in every box you install. You can just put a 25 cent cover plate on the box, and leave it there for future expansion.

Cost of adding an empty box to a conduit run is under $2 if you shop smart.

You have spelled out exactly what you need to do. There is no way to add the junction box without removing the wire and then cutting the conduit. The main issue is protecting the wire from any damage. You will probably have to replace one end of the wire because because there won't be enough slack to extend the wires 6" from the new box to connect up the new outlet.

Not the answer you're looking for? Browse other questions tagged conduit or ask your own question.

12
Should I run outlet circuits through the studs or up and along the top plates?

6
Cat 5/6 in same conduit as power: is NM-B required, or is THHN acceptable?
0
THHN versus NM for conduit wiring?
1
What types of communication cables can pass through electrical conduit?
2
Surface-mounted Electric Circuit (conduit) - do I need a junction box
1
Leave extra wire in conduit for future expansion
0
How do I connect underground PVC pipe holding wire to rigid conduit?
1
How much #12 NM-B can I put in PVC conduit?
1
How can I add a sub-panel to a garage fed by existing 1" RMC conduit?
1
What kind of conduit for cable riser raceway?
9
What types of conduit would be appropriate to extend a circuit inside a storage bench?