Should a kitchen sink S-trap be replaced?

Everything I see mentions P-traps. I seem to have instead an S-trap. What are the downsides of this, and is it something that should be fixed? 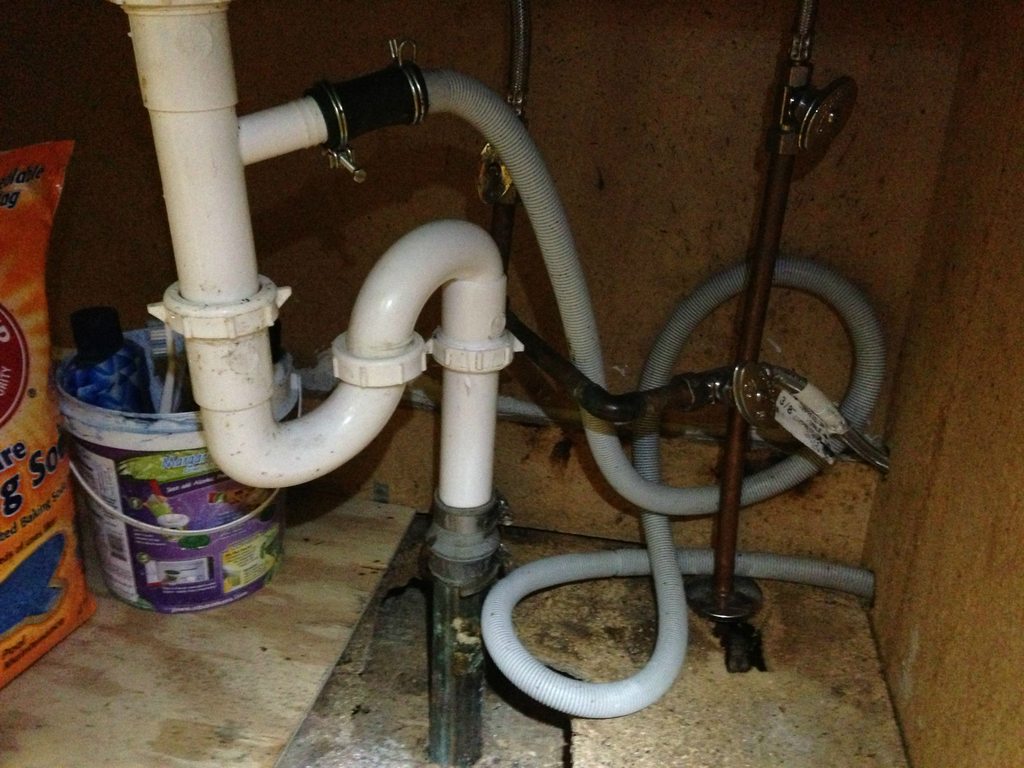 You have an "S" trap because the drain exits through the floor and is probably unvented.

A "P" trap is for a drain in the wall that is teed for a vent stack.

The major disadvantage comes because "S" traps are usually used in locations where they are either not vented or poorly vented on the outflow side and so can siphon off the water in the trap, leading to sewer gas backing up into the building.

For a short term fix, after using any quantity of water, pulling the plug in the sink will empty it vigorously and pull enough water out of the trap to break the water seal, run a pint out of the tap afterwards to make sure there's a water seal.

For long term repair, you would have to install a tee on the drain, run the output from the P trap into one leg and a vent to who knows where from the other side. Plumber consultation recommended before you end up with one of those plumber's nightmare constructions.

It is illegal in most localities to have S traps in new construction because of the siphoning.

This is incorrect. S-traps are now against plumbing code. A P-trap can be used whether the drain line comes from the floor or the wall. The issue with S-Traps is on rare occasions, when a bunch of water goes down the drain, it can pull all the water down the drain emptying the trap which would allow sewer gases (which are toxic and flammable) to come out from the pipe. Simply use a tee wye with a automatic air vent and a P-trap. Done deal.

5
Should second trap under kitchen sink S-trap be there?
3
Loop-de- loop waste pipe

4
When does an under the sink P-Trap assembly need venting?
5
Should second trap under kitchen sink S-trap be there?
1
How do I install the trap for a standard bathroom sink?
1
Kitchen Sink P Trap Installation Advice
2
Sink Tailpiece Doesn't Line Up With New Trap - Need Help Making Connection
0
(re)plumbing trap for double basin sink
0
Drain trap leaking at compression joint
0
Will a doubled P-trap cause problems if it has a vent between the traps?