Is this typical for how hot water heating loops are plumbed?

First time owning a home with hot water heat, and studying the plumbing the basement, I notice that the living room/kitchen zone that has a run of baseboard, a kick panel unit, and several floor units, doesn't have them daisy chained as I expected, but each one is in parallel with the main loop. The attached photo shows the "drop" for one of the in-floor units.

Is this a typical practice when a zone has multiple drops?
I can see the benefit of this, in that each successive device doesn't lower the overall temperature as much as if they were "one out, two in" plumbed, and this also allows for more overall flow through the system rather than being restricted by the smaller devices, but it leaves me wondering how enough water goes through the individual devices, since it seems that it would be easier to keep flowing through the larger-diameter main loop than taking the 1/2" route through the baseboard or whatever. The loop pipe seems to be 1", and the drops are 1/2" copper. The overall system has a single circulator and zone valves for each thermostat-controlled zone. 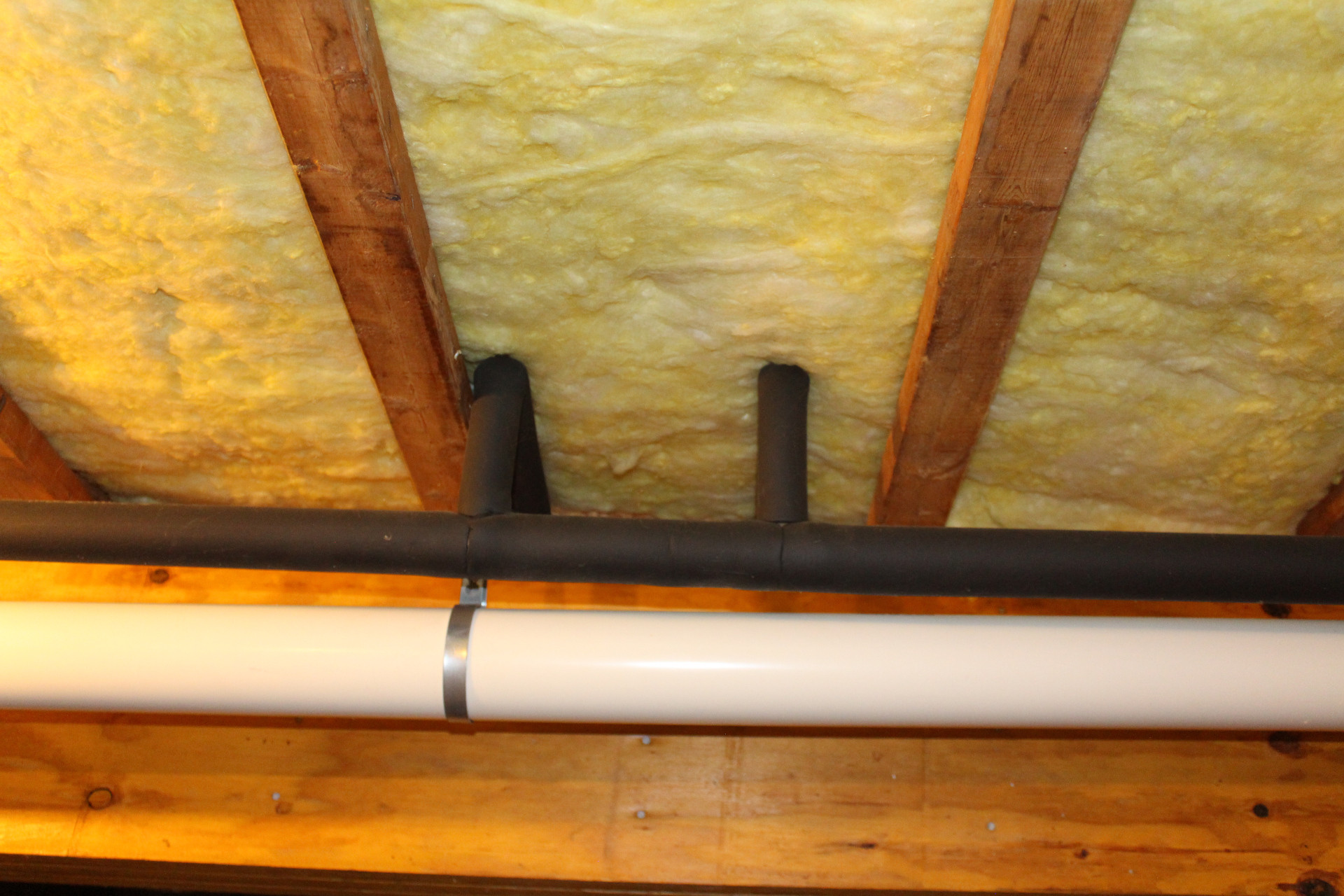 Yes, that is how modern hydronic heating systems are commonly set up. The main pipes are called the "primary loop" and each set of smaller piping to the radiators is called a "secondary loop". (The technique has been around since at least the 1950's, but it used to be limited mostly to commercial buildings. Its use in residential systems has become a lot more common in the last 20 years.)

Boiler manufacturers want it done this way because the boiler is not designed to get back return water at too low a temperature. Yes, it sounds counterintuitive, I hear you thinking - isn't the whole point of the boiler to heat water? The problem is that if the temperature difference between the inside of the boiler and the returning water is too great, it will cause condensation inside the boiler which will ruin it.

Installers like to do it this way because it means you don't need to install lots of extra piping that would be required for a traditional "header-type" system with separate supply and return pipes.

It also means that you can turn on/off individual zones without affecting the overall system pressure too much.

If you want to know everything there is to know about Hydronic heating loops, Dan Holohan's website HeatingHelp.com is a great place to start. Here is their article on primary-secondary pumping. If you really want to go deep, Dan also wrote an entire book on the subject (as well as multiple other books about heating systems).

Not the answer you're looking for? Browse other questions tagged hvac hydronic or ask your own question.

3
How can I move hot air from a cathedral ceiling to colder bedrooms?
1
Can I install thermostatic radiator valves on a hydronic heating system?
0
Does airflow work this way between rooms?
0
How do I purge the air from a hot water furnace with zones
0
How can I improve recovery time of my hot water baseboard system?
0
What are the steps to drain and refill zone for zone valve replacement?
1
issue with closed loop hot water heating