Why is the white wire hot in an bath exhaust fan switch circuit?

Tried to figure this out from previous posts but am still confused, and afraid.

Our 30 year old exhaust fan had a light, fan and heater. We're replacing it with a fan/light combo, no heater.

The switches independently operated the light, fan and heater. I had an electrician remove the heater switch and turn the 3 gang switch into a 2 gang.

I removed the old fan/light and there were only 2 supply Romex cables- the light was supplied by a Romex with a hot black wire, normal.

The fan wire has a hot white wire. Why is that? 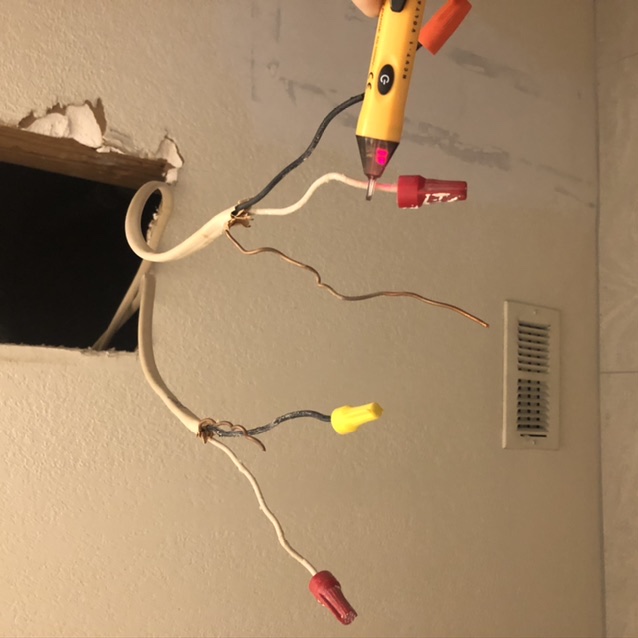 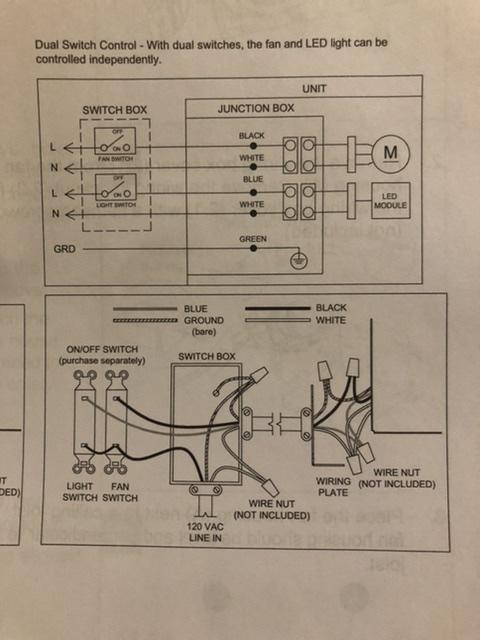 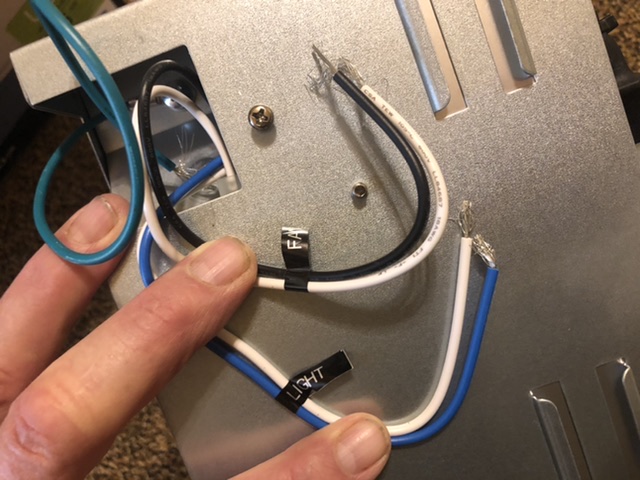 In the past the white wire in a NM cable was used as either a hot or a switched hot in what is called a "switch loop". This is no longer done, but, e.g., my 1970 house is wired that way.

Consider the case of a wall switch controlled ceiling fixture where the line power is in the ceiling box, i.e., black hot and white neutral (plus bare gnd) are in the ceiling box. The white neutral would be connected directly to the neutral contact of the fixture and the hot would connect to one wire of a /2 + gnd cable going to the switch box.

The other wire in this cable would be the switched hot going back to the ceiling box and connected to the hot contact of the fixture. These /2 cables only came with white and black wires so the white had to be used either for the line hot or for the switched hot.

Nowadays a /3 cable is used for this purpose with the white being used to carry neutral to the switch box and black and red used for hot and switched hot.

I suspect since there were three separate circuits powered, that ONE (and only one) of the whites is neutral for all three (Fan, light and heater) and the other white and BOTH blacks are the switched hots for the FAN, Light and Neutral. It seems you've identified the FAN hot, and the other white is likely the neutral. That leaves two options for the "light" Hot (one of the blacks) the other black will be capped off and not used. And its likely your previous electrician did so on the other end already when he removed its switch.

If the line hot and its neutral are entering the circuit in the wall switch box, and the pic is of the ceiling box, then I think both whites in the pic should be wired as neutrals, and neither should be energized, if they are disconnected.

In that case, proper wiring would have the black line hot going to two black pigtails, one to one side of each switch. The other sides of the switches would have one each of the outgoing black wires. These blacks would be switched hots. The white neutral with the line hot would be connected to the two whites going to the fixture.

Not the answer you're looking for? Browse other questions tagged wiring bathroom exhaust-fan or ask your own question.

2
Why is the white wire hot in my switch box?
3
Seperating bathroom light and exhaust fan on single switch
3
How-to wire a Fan/Light in Bathroom with power at Switch box and Fan/Light box
5
Why won't my new exhaust fan wired between switch and light fixture work?
1
Wiring multifunction fixture to 2 switches, 2-wire cables
3
Replacing Bath Fan Switch with Timer Switch
1
Bathroom exhaust fan issue after new switch install
0
How do I wire my bathroom fan with a new switch?
2
Wiring help - Bathroom light, fan, & heater. No red wire AND is white hot?