I’m installing laminate floors in my basement. On the landing prior to my basement floor the landing was not level with the bottom stair, so I removed it to see how I could raise it. The person who installed the landing put a bunch of shims underneath which also caused it to squeak. But after removing it, I’m considering removing the landing all together. The only additional work would be to fix the drywall.

Would there have been any reason for building a landing and would it make sense to remove it or build the support up to reinstall the landing? If keeping the landing, what would the suggestion be to level the landing out? 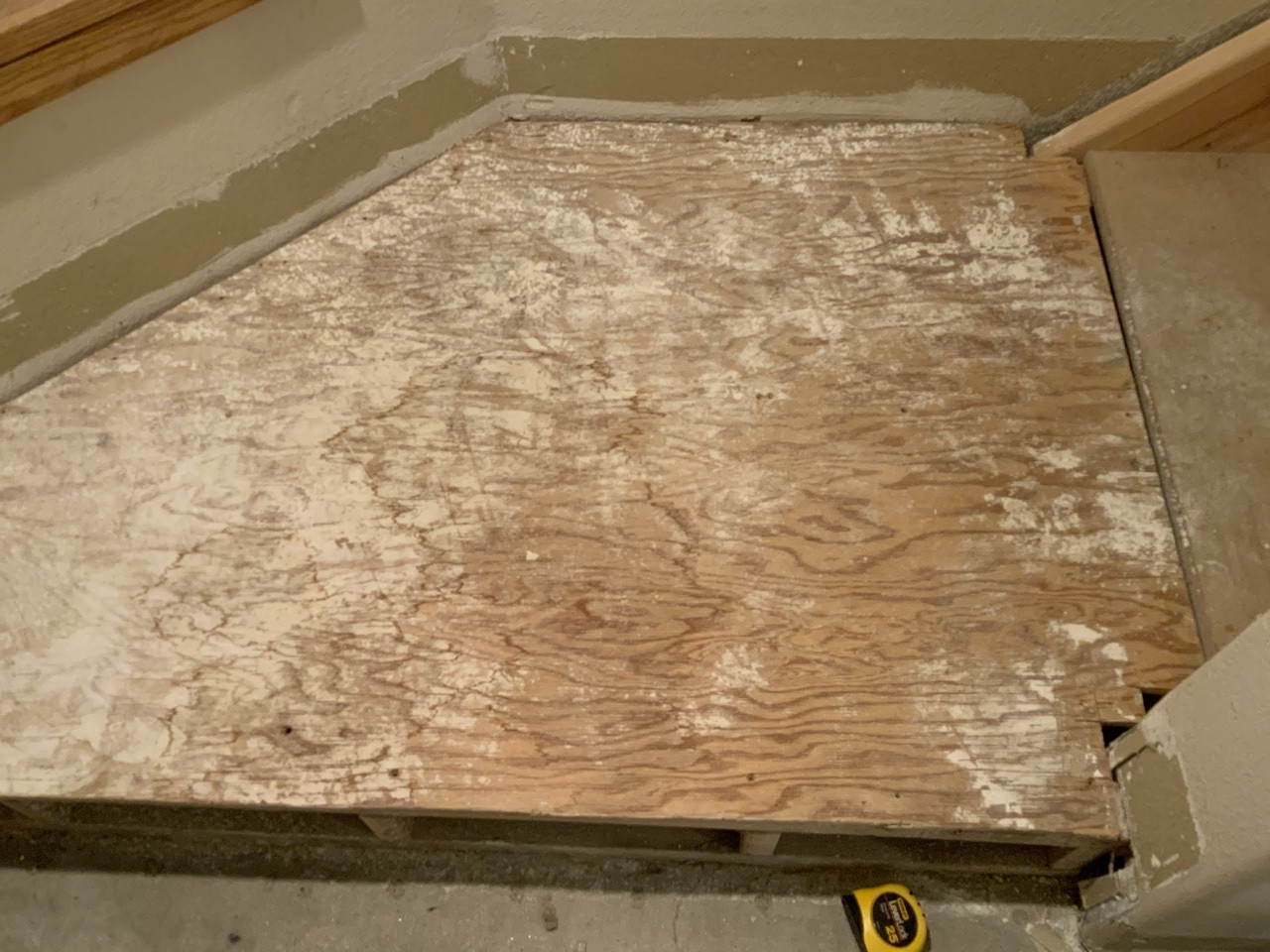 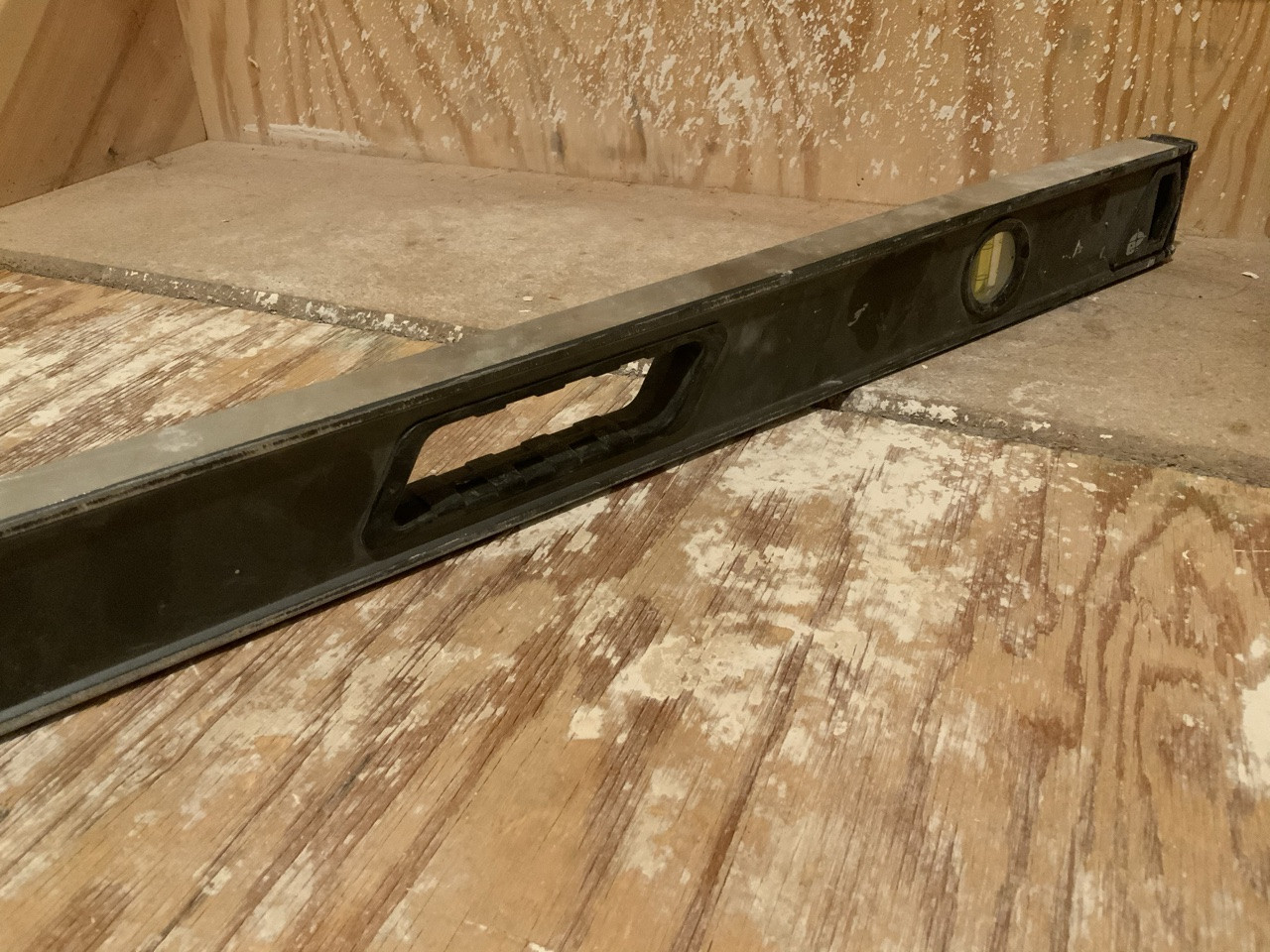 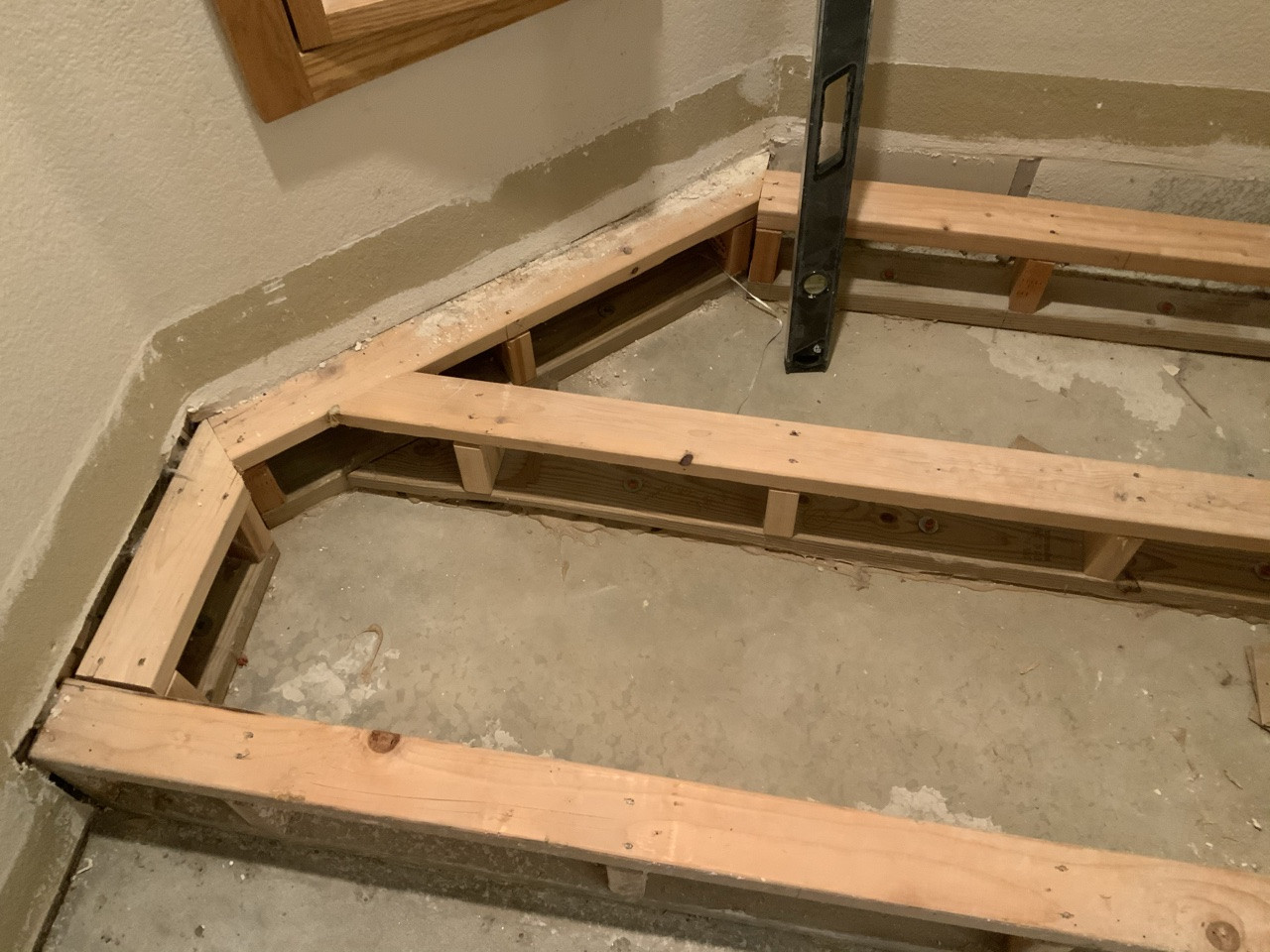 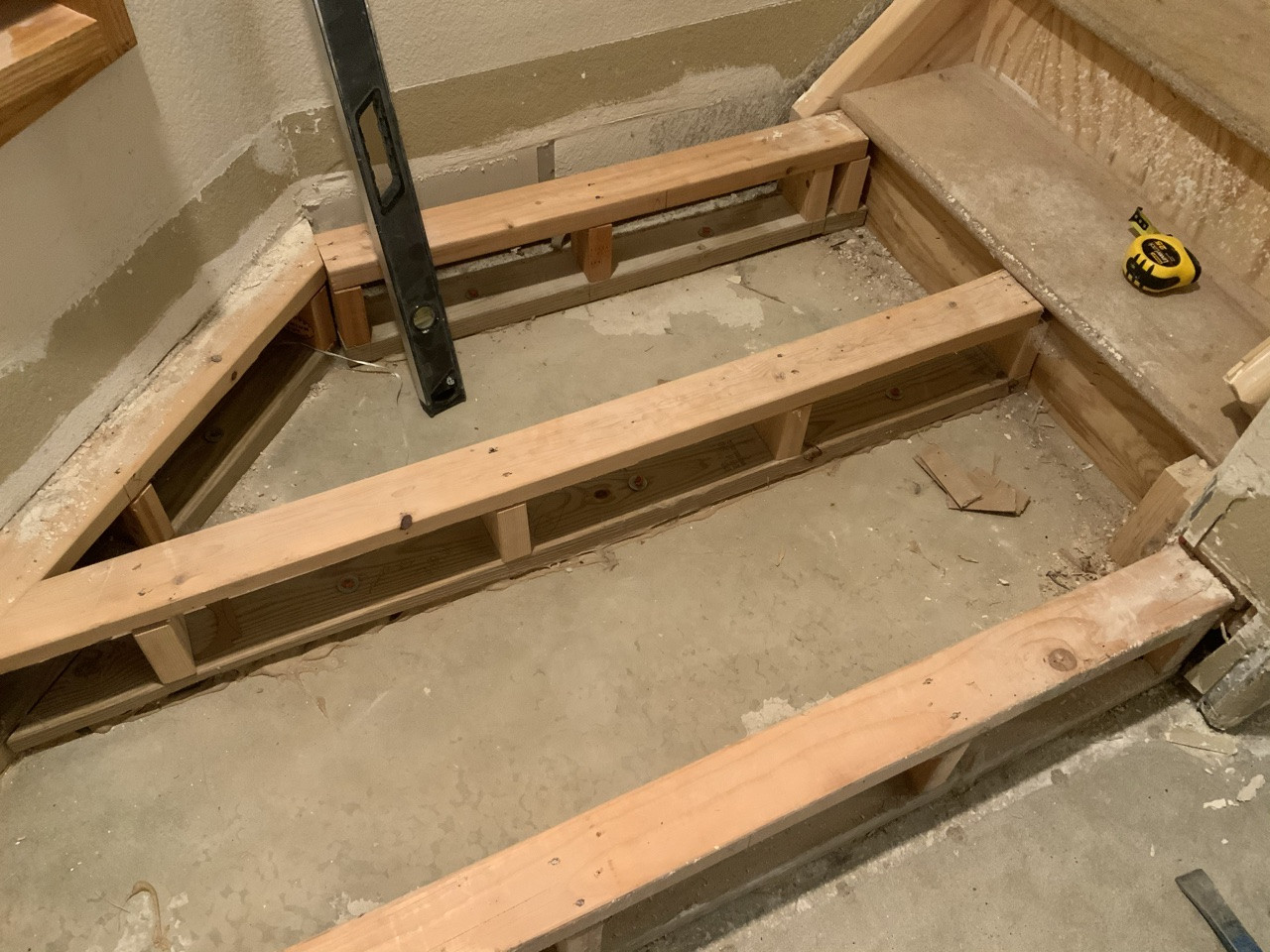 I am in total agreement with @Lee Sam, but with a different fix. As a mention, since the one side is shorter than 3', when coming down the stairs with no landing, the angled wall will crowd the walk path. The squeaking landing was a fix for that.

IMO, the original landing has to many moving parts, maybe 30 to 50 individual pieces to make up the landing you had. Each one has a potential to squeak. The fix I would recommend is to do the same thing with MUCH less material.

Using 2X8s or a material that will get you to the level of the first tread minus 3/4" to allow for the subfloor, rip the material to the width needed to bear on the concrete(?) floor and allow room for the subfloor. This at least should be done all around the perimeter, 5 pcs total, not including the blocking or extra material needed to fasten the part to the original riser. These "nailers" will then be screwed straight into the wall framing with 3 1/2" screws with the material tight to the floor. Other joints can be screwed too. To fill in the middle, you could use more of the same material ripped to width, but it is an extra effort that is not needed, but if you choose to do so, it is only extra time and money for material. I would use 2X6s at 16" on center to span the short run since that span can be handled easily by the 2x6s, It will not matter which way you run them, either way it will be strong, choose the way that works best for you. When fastening them in place, "toe screw" the pieces in by angling the screws in from the side of the 2X6 into the nailers. 3 screws per end or use joist hangers to aid in their support, but use the screws for the anchors, not nails. The action of nailing will cause things to separate in places you will not want to separate, still creating squeaks. Then set the 3/4 subfloor.

As a final layer, I would use a 1/4" piece of plywood underlayment to cover over the whole assembly, original tread and all. Doing this will unify the surface for the laminate floor, while keeping the code required difference of one tread to another less than 3/8".

In addition, the risers must all be the same height (or within 3/8” of the largest to the smallest). If the existing wood landing is removed the bottom step will be too small.

I think the existing landing must remain.

0
Changing straight staircase to a turned stair with half landing, is this the Only solution to stairs cutting loft in half?
0
Oak stair landing joints splitting
0
How to support 1 corner of stair landing
0
Adding an Interior Door on a Stair Landing
3
How to fix rocking stone slab stair?
1
How to fix squeaking in carpeted stair treads
0
How to fix a slightly raised stair nosing board
0
Changing Stair Rise After Landing Replacement