Does tar roof patch on EDPM rubber roof cause damage?

I applied Henry 208 roof patch on my EDPM rubber roof. It looks fine and seems to be holding up, however I'm concerned that it may react with the EDPM chemicals. I have heard this can happen with certain materials, and I'm wondering if I should cut out the patches I did (1x1 foot or so...8 of them...), or if I will be fine with these patches. 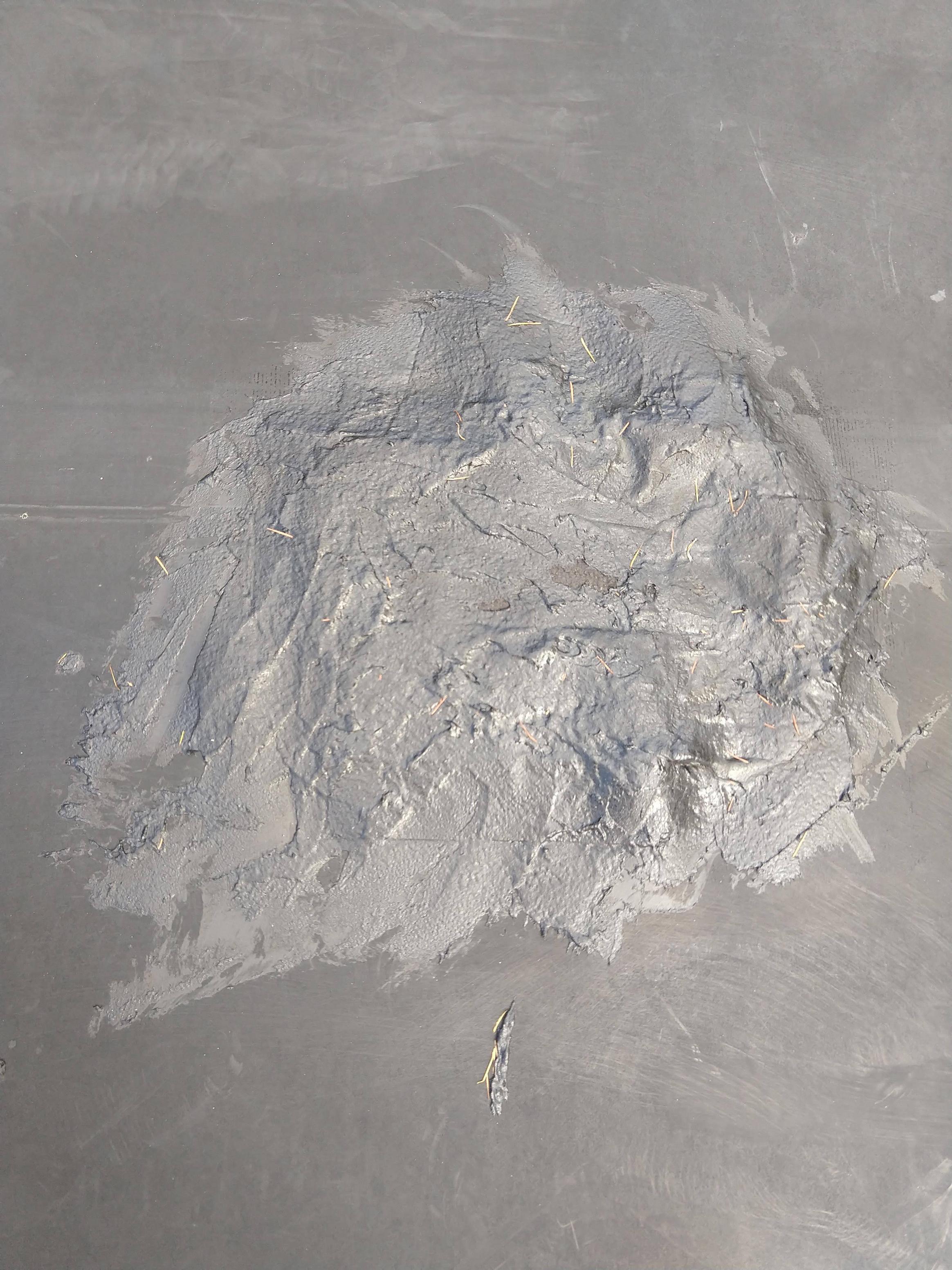 Never, ever, feed them after midnight!

Like gremlins, rubber roofs are very special and cool... But they have rules. You can get a rubber roof wet. You can expose it to direct sun.

But you can't put tar on it!

Ever. Not even a little.

That product has a lot of fancy-dancy language designed to convince you to buy it. But it's tar-based, like any such product that doesn't specifically say otherwise. Go deep enough into the data sheets, it says it conforms with the material standards for tar roof patch.

What you did is the common ending for many a rubber roof. Consumer has a leak. Consumer knows nothing about rubber roofs. Goes down to the big-box store and grabs a can of goop that says it fixes leaks. (tar, naturally). Smears it liberally on leak. Leak stops, consumer declares victory. Over the next year, the rubber degrades, bloats, crinkles and comes unglued. Meanwhile the tar dries out (as it always does) and cracks, reintroducing the leak. Now they find a crinkled, cancerous mess, and what does the consumer say? "Wow, rubber roofs suck". 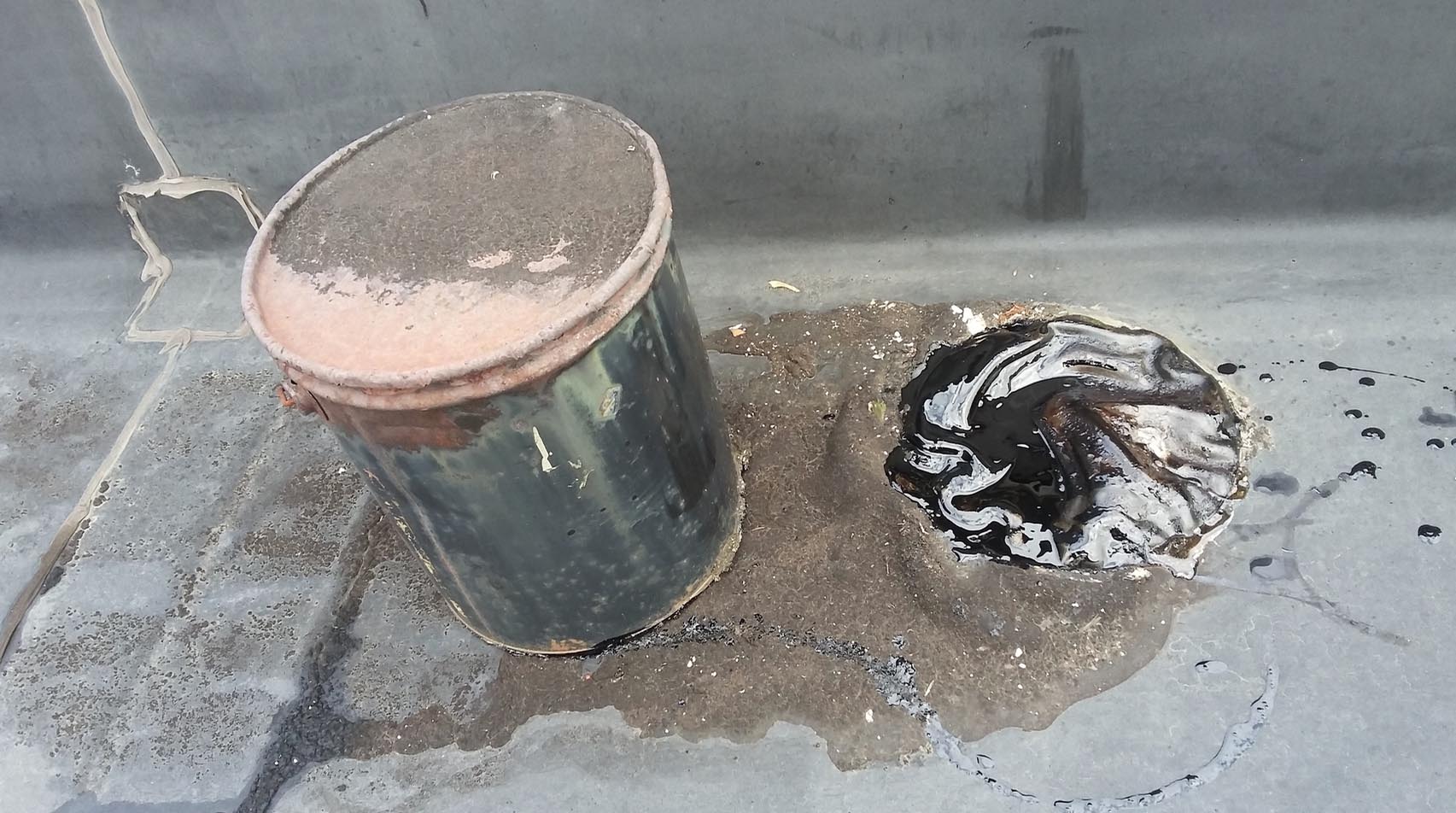 Here sat a broom and a can of tar roof patch. It had been used by amateurs 5-7 years prior, to patch the adjacent metal roof, and was forgotten. The drippage/leakage completely trashed the rubber. The rubber underneath where the can was, is pretty much liquified. Beyond, you can see rubber roof seams done properly.

Recover from this mess immediately

Yes, the tar has to go. ALL the tar. Including the tar splatter that wasn't even an intended part of the repair.

You'll need to find a local home store (mind you: this may need to be more upscale than Home Depot) that sells DIY EPDM rubber roofs. Ours sells a system called Rubberall for instance. Get their installation and repair guides, and read carefully what they say about patching rubber roofs.

It would be ideal to use the documentation from the actual roof you do have, but generally, an EPDM roof is an EPDM roof, so you should expect competing brands to be compatible unless they advertise theirs as superior/different in some way.

I expect them to specify:

Then you need to completely cut away all rubber which touched tar in any way, including the places you randomly dripped it. To be clear, you cannot simply overlay the rubber roof patch on top of the tar -- the tar will be touching the patch and will corrode it as well.

Your patch needs whatever overlap the instructions say. EPDM is cheap, rework is expensive.

Very important - on the patch overlap area (where old meets new) you need to clean (do surface preparation) according to instructions. Do not use random chemicals like paint thinner to do the prep, or you'll have the problem all over again!

3
Are alternative roofing types, such as rubber roll, usable for a typical residential sloped roof?
1
Any alternative to tar paper for roof damage from hurricane?
3
Is sealing a leak from the inside of my roof a bad idea?
2
EPDM Rubber Bond Roof in multple pieces
1
Can you screw roof metal directly to OSB between rafters?
1
What's the minimum fall for a flat roof with edpm perpex polycarbonate
0
How to properly repair water/bug damaged soffit and roof deck?
0
Small blobs of tar on a (5 year old) flat tar and gravel roof