Can I connect the neutral wire ends via a single switch terminal (without a pigtail)?

I installed a smart dimmer switch that requires a neutral wire. It was in the junction box with the two ends wire-capped together.

My switch didn't come with pigtail wires and I didn't have any extra wire lying around, so I couldn't do the recommended approach (install a third pigtail wire coming out of the neutral wirecap, and connect that to my switch's neutral terminal).

Instead, I just connected the two ends of the neutral wire by putting them into the same neutral terminal on the switch, under the same screw (see photo). The switch appears to work normally. 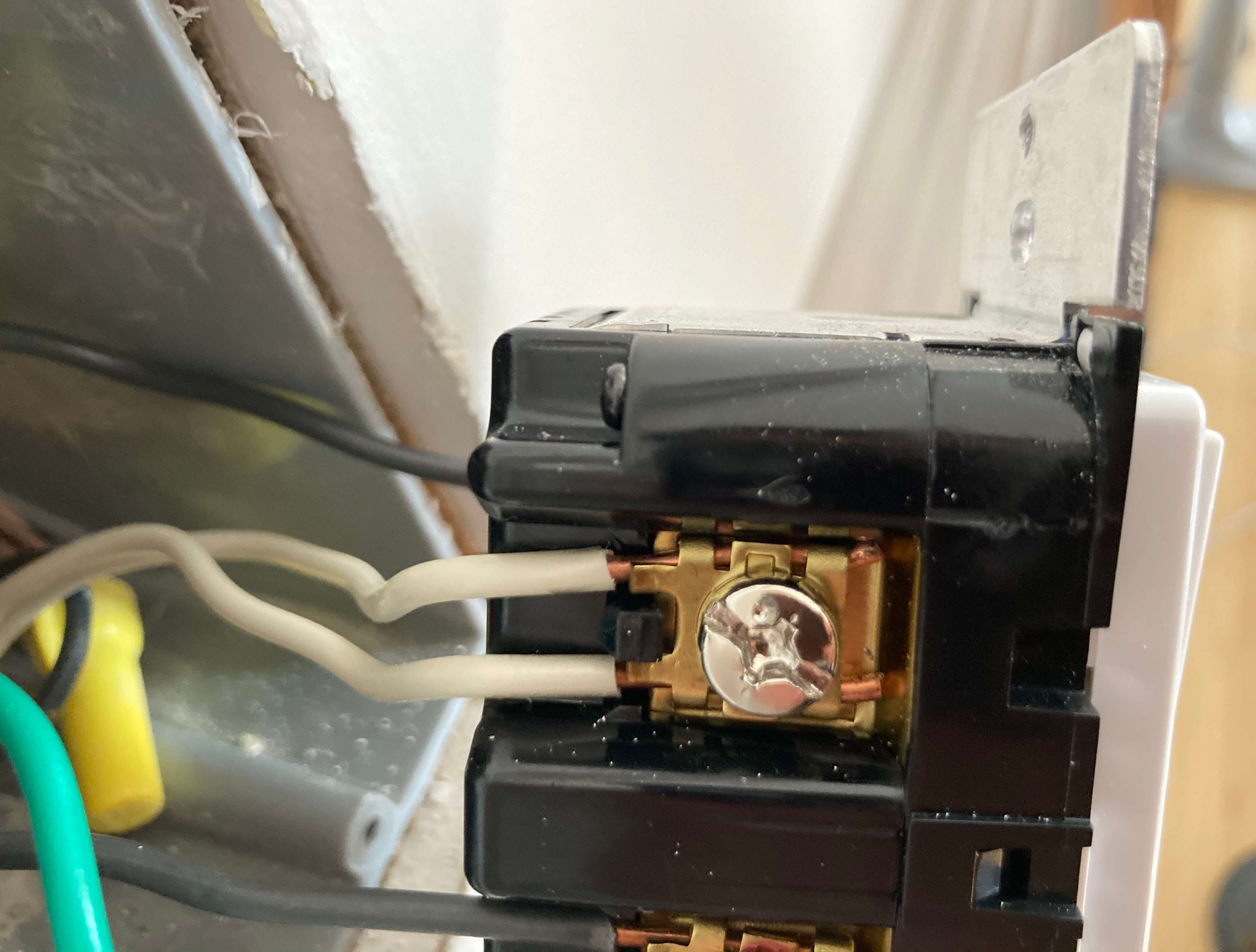 But some quick Googling around says I should never put two wires into the same terminal. Why is this? Is there anything dangerous about my approach? To me it seems logically equivalent to the pigtail approach, i.e. the current still has the same paths to flow through. What am I missing?

EDIT: adding two photos of the back of my junction box since some people asked. I know it's a little hard to see, but there are two bundles of cords entering from two ports at the top of the junction box. The bundle on the left has three wires: black, white, and unshielded copper. The bundle on the right has four wires: black, red, white, and unshielded copper. Before I installed my new smart switch, the two white (neutral) wires were connected together with a wirecap. Thank you for the help! 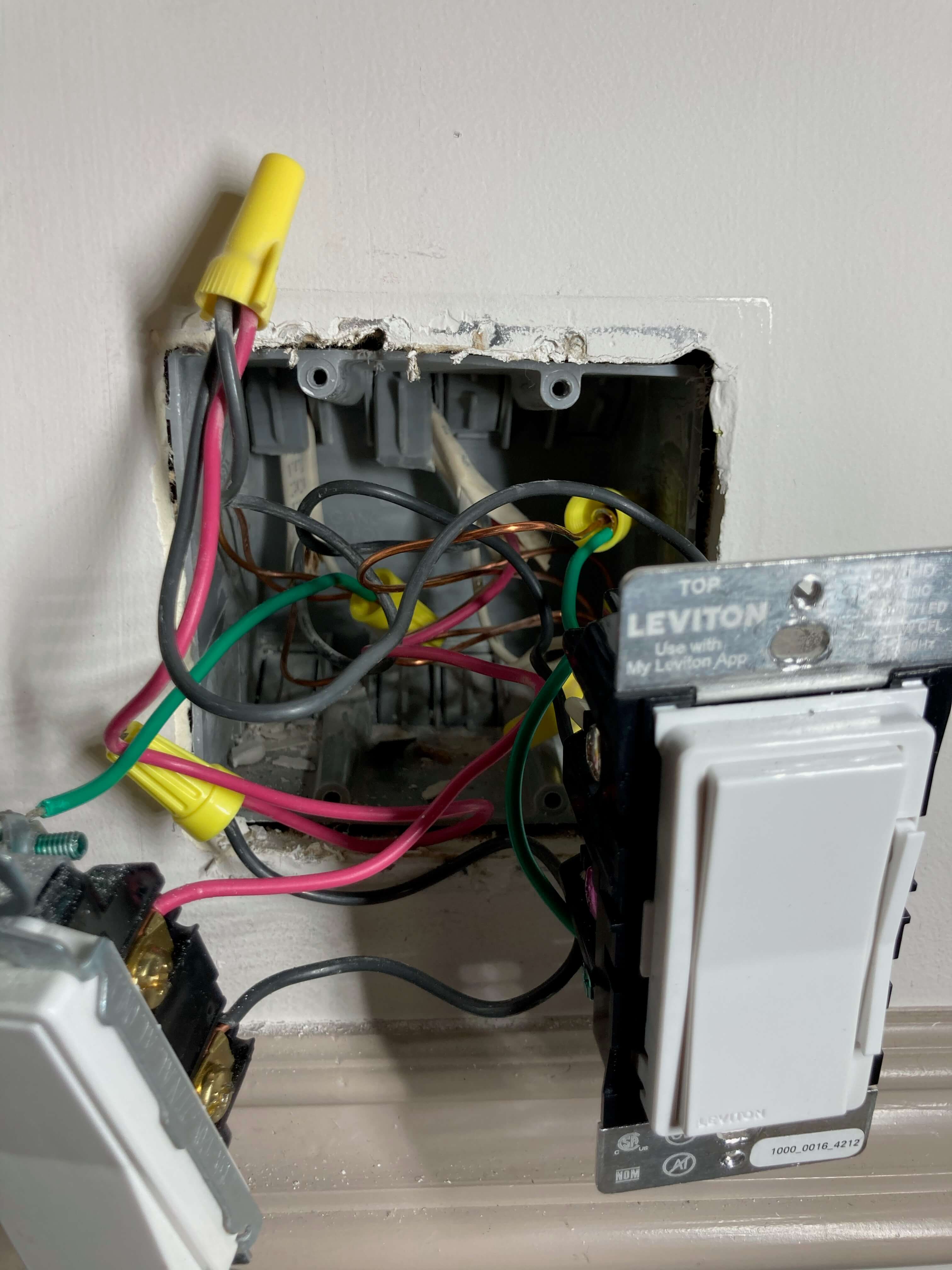 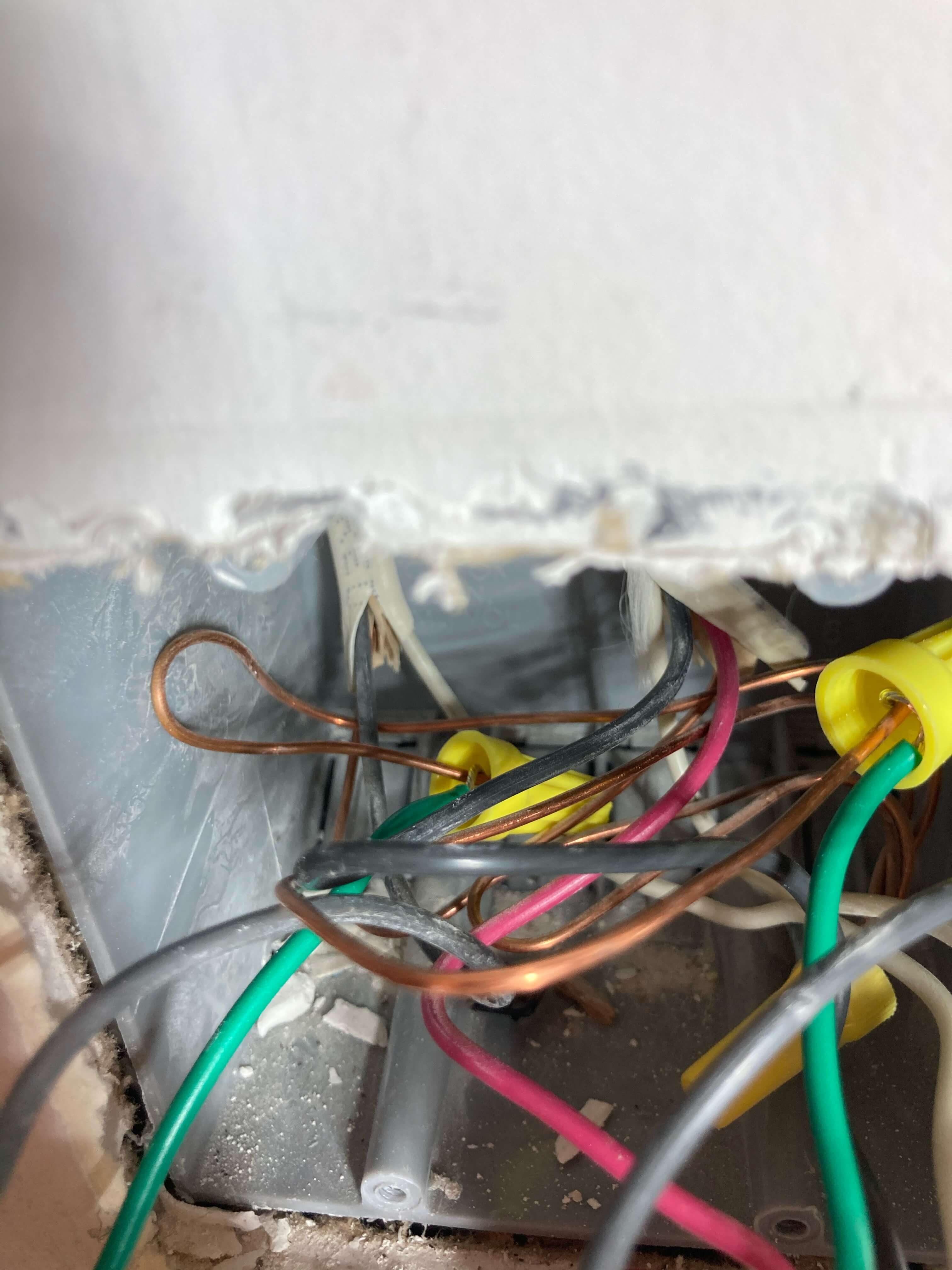 "Never" is a bit strong.

This is not a plain "screw terminal" where that would be true. This is a "screw and clamp" and appears to be designed to correctly hold 2 wires, so you are good. That extra bit of brass between the screw-head and the back plate is what makes the difference, along with the two grooves to hold wires in place.

Not the answer you're looking for? Browse other questions tagged electrical wiring dimmer-switch neutral smart-switch or ask your own question.

1
How is this 3-way switch circuit wired?
3
How to connect a neutral wire to a bundle?
1
Wiring question for replacement of two switches in one box
3
Trying to install 2 smart switches but neutral wires in box are not connected
0
Need help with understanding this 3-way wiring setup
2
Converting switched outlet with 2 black and 1 red for a smart switch
0
Adding an outlet to a three way switch circuit
0
Unfamiliar Existing Switch Wiring - Neutral Wire for Smart Switch Help Needed!
0
3-way smart-switch installation: How do I re-claim the white (currently) traveler to be a neutral?
1
Why are white/neutral wires connected together with the ground wire?