Replacing a on/off switch with dimmer

I currently have the following switch in my dinning room. I would like to replace it with a dimmer.

This is how it was configured originally. 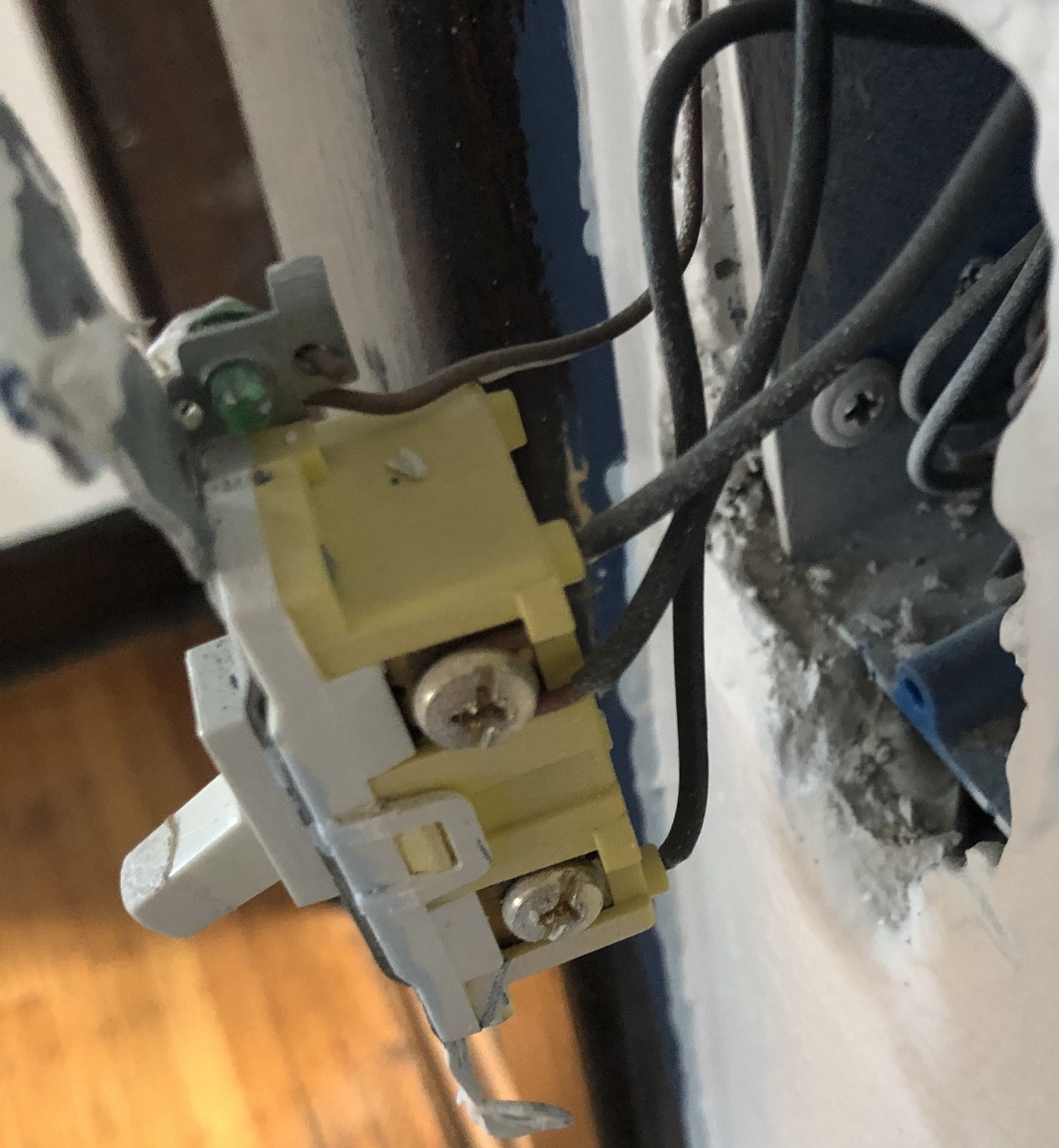 When I tried to replace the original with the dimmer it started to dim the other three lights on the circuit porch entry light, indoor entry light and doorbell connect to a low-voltage transformer.

How can I connect the dimmer to only service the dinning room and allow power to flow to the switch’s without dimming the other lights?

Can any one identify the original switch? and offer some suggestion to restoring the dimmer and other lights or if I can have a dimmer work in this manner at all?

There is one continuous hot wire, Two other “traveler” wires black, a bare ground and from what I can tell three Neutral wires all bound together with a nut.

Any help would be greatly appreciated. Let me know if you guys need more info. 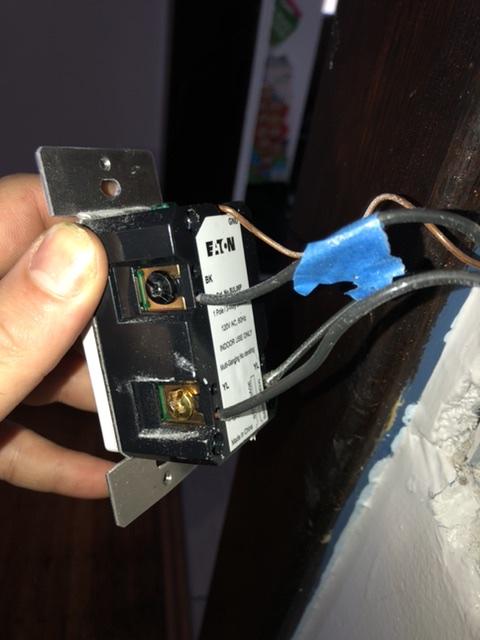 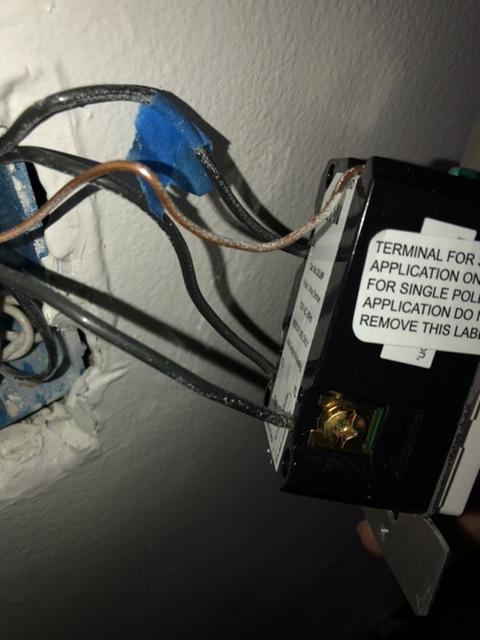 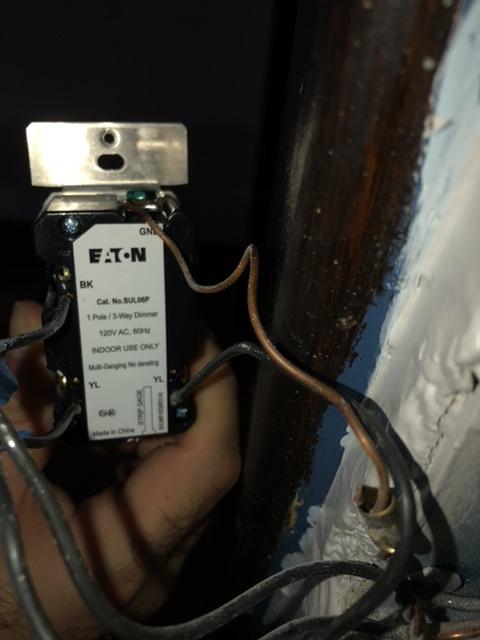 The two black wires at the top are the hot from the panel and the hot continuing to the other loads. They are connected together inside the existing switch. The black at the bottom is the switched hot to the lights.

Assuming the dimmer has built-in wires, use a wirenut to connect the two hot wires to one of the dimmer wires. If it has screw terminals, add a short piece of wire (pigtail) between the first terminal and the wirenut and two hot wires. Do not try to put two wires under a screw; this will not make a reliable connection.

Also, if your dimmer needs a neutral wire, you’ll need to tap into the bundle of white wires. Don’t separate the whites but add a wire to the bundle. You may need a larger wirenut. Also, don’t use the ground wire as a neutral; it will probably work but can be very dangerous.

Now I'm going to assume you've lost track of which wire is which at this point. Normally, I'd discourage experimentation with house wiring as dangerous but in this case, using only these three wires, it is safe, With the breaker turned off, wirenut together two black wires with a pigtail to the BL screw and connect the other black wire to the YL screw. Turn the breaker back on and see what happens. If everything works correctly, turn off the breaker, tuck the dimmer back in and turn the breaker back on; you're done. If the main light is always on or all lights are dimmed, turn the breaker back off and switch wires. Continue until you get the correct combination.

Not the answer you're looking for? Browse other questions tagged electrical wiring switch dimmer-switch or ask your own question.