How to add another network cable?

I am buying a house and it has cat-5 cable going to all the rooms. However, it has an RJ-11 plug on it. I'd like to leave that in place and run an additional one or two cat-6 cables. How can I do this without tearing out the drywall?

Currently, all the cables terminate in a patch panel in the garage. This is a two story house, and many of the sockets are on the first floor.

I'm looking specifically for gigabit ethernet because I will use it. (Backups, network installs, cross-network file sharing, etc)

If you just want to extend your network you can use your existing electrical system. 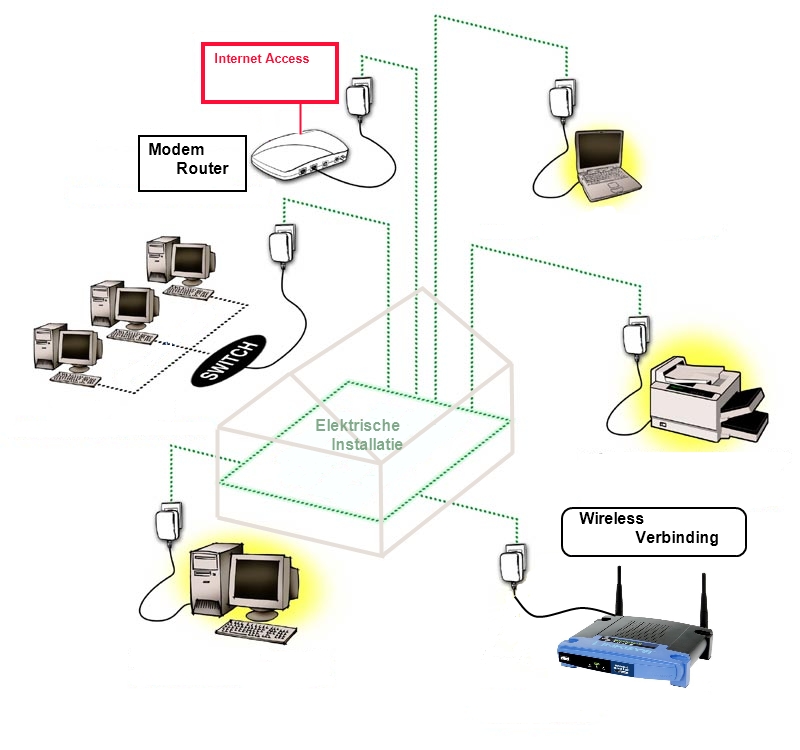 This is called power line ethernet You get various version- The simplest being point to point. and more complicated ones that allow for mulitplexing/switching across several units like the one in the image below. 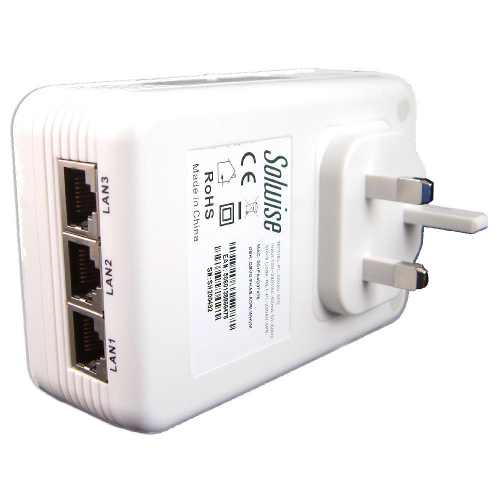 And you can get very advanced and slick ones called power line sockets that are switch traffic across your whole house with these stylish wall plates... 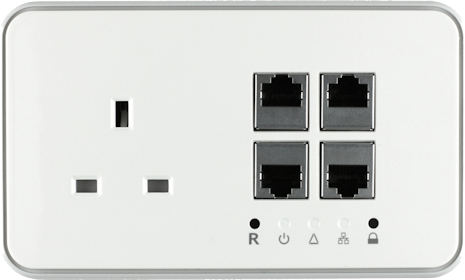 Cable is ALWAYS allot more reliable especially if you want to use it for you home multimedia systems, like streaming HD movies from a NAS, playing world of warcraft with ultra low latency so you don't get owned by a noob because of lag. Wireless is good for watching youtube on your smartphone, placing orders from your fridge or letting your guests leach some of your bandwidth. (Trust me- I had Wirless N on my media centre that was 3 meteres above- put in a 100mb cable and now i can watch movies without stress)

Obviously running LAN cable is the cheapest option - I would suggest using some cable conduit.You get various sizes and shapes - and you paint over plain ones if you want to camouflage them into your wall.

But be careful not to land up with something like this.. it is easy. 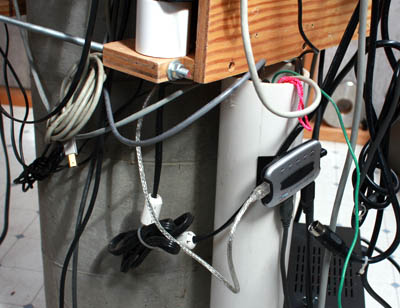 Some technical benchmarking and limitations 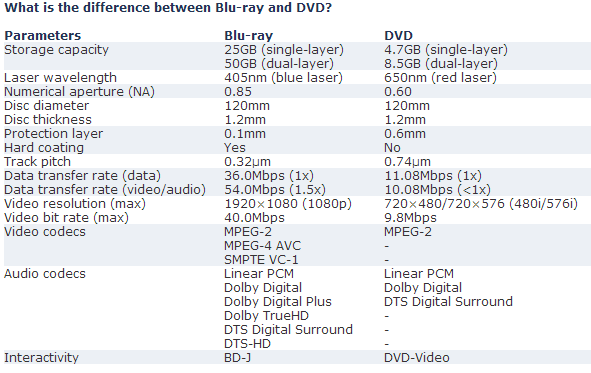 Some more reviews on the netgear 500mbs reviews 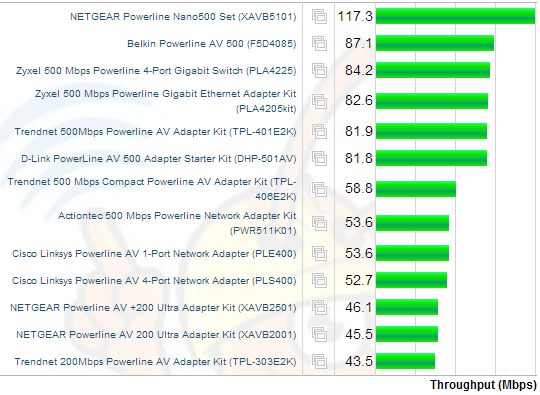 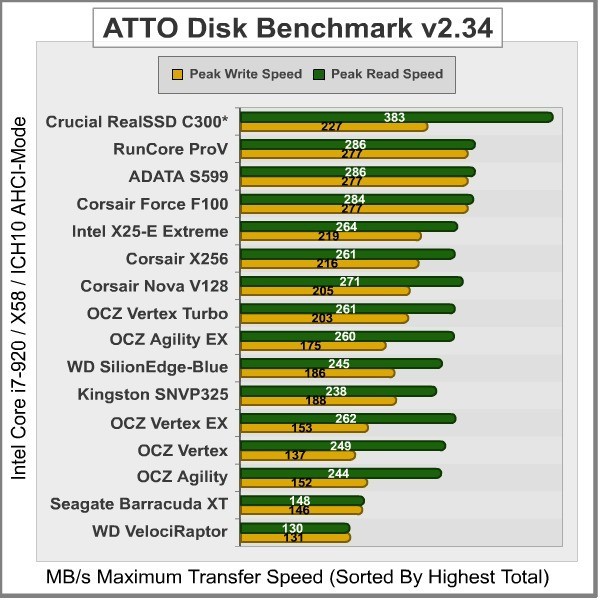 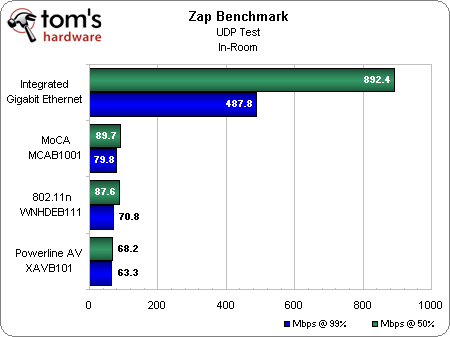 You could try to use the existing cable to pull the two cables through, but there are limitations on that. The holes may not be big enough for two cables, there could be snags on other cables, pipes, bends, etc. The risk is that you could end up pulling a good cable halfway out and then not be able to get it back in place.

I would suggest that trying to run wired cables to every room is a load of work for little return. Also, that in a house cat6 is excessive, I highly doubt you'll ever need more than cat5e, and it is cheaper. I would recommend that instead of trying to run loads of extra cables that you install a good wireless network system (use WPA2, not WEP or WPA), and get inexpensive 4 or 6 port switches for those rooms and areas that need extra wired connections.

Unless it's been run in conduit, it's not going to happen. In theory you could attach other cables to the end of the existing one and pull it through to the new place but in practice it will fail (and you'll be left with nothing). Even with conduit it may be troublesome.

Something simple you can do however is run two connections down the same wire bundle. Ethernet uses two pairs of wire (one transmit, one receive) but there are four pairs in cat5 cable. Thus, you can split this out to two RJ45 jacks on the far end and do similar in the patch-panel. It's not cat6 but it is a lot fewer headaches.

You need a RJ45 splitter.

The difference between Cat5e and Cat6 is how many twists in any given pair of wires there are and the distance a data signal can be transmitted before degradation occurs and fancy equipment is needed to repeat the signal (a repeater).

Bends, even 90degrees do NOT effect the transmission of the signal. Bending a solid core wire at a given point in the line will eventually weaken the wire and possibly cause it to physically break if you bend it back and forth multiple times (100s), but a 90 degree bend in a Cat5e or Cat6 wire will not show a loss of data transmission rates.

Google "Cat5e Pair Splitter Adapter" - There are many to choose from and if you don't mind using some networking tools and buying some jacks, you can very well make one yourself.

In a pinch, we've used splitters in an office setting and their a perfectly legit way to gain an extra line when running a new one and using Wifi isn't an option.

Not the answer you're looking for? Browse other questions tagged cabling or ask your own question.

8
How do I crimp an F-connector onto RG-6 cable?
38
Can I run CAT5/6 cables parallel to electrical cables?
70
What should I consider regarding LAN wiring before building a house?
1
what sort of cable should I use to add extra tv outlets
2
How can I make use of this non-standard network cabinet in my garage?
32
How to future-proof a long cable run
10
How do I run wired internet from a single router to several different rooms in an apartment?
7
How do you ground residential network equipment?
6
Replace existing phone jack with network cable