How to fix stud drilled from the side?

The plumber I hired to install a new washer box drilled a bunch of chunks off one of the studs in my wall. The chunks taken off are from the left side of the stud when looking straight at the wall. 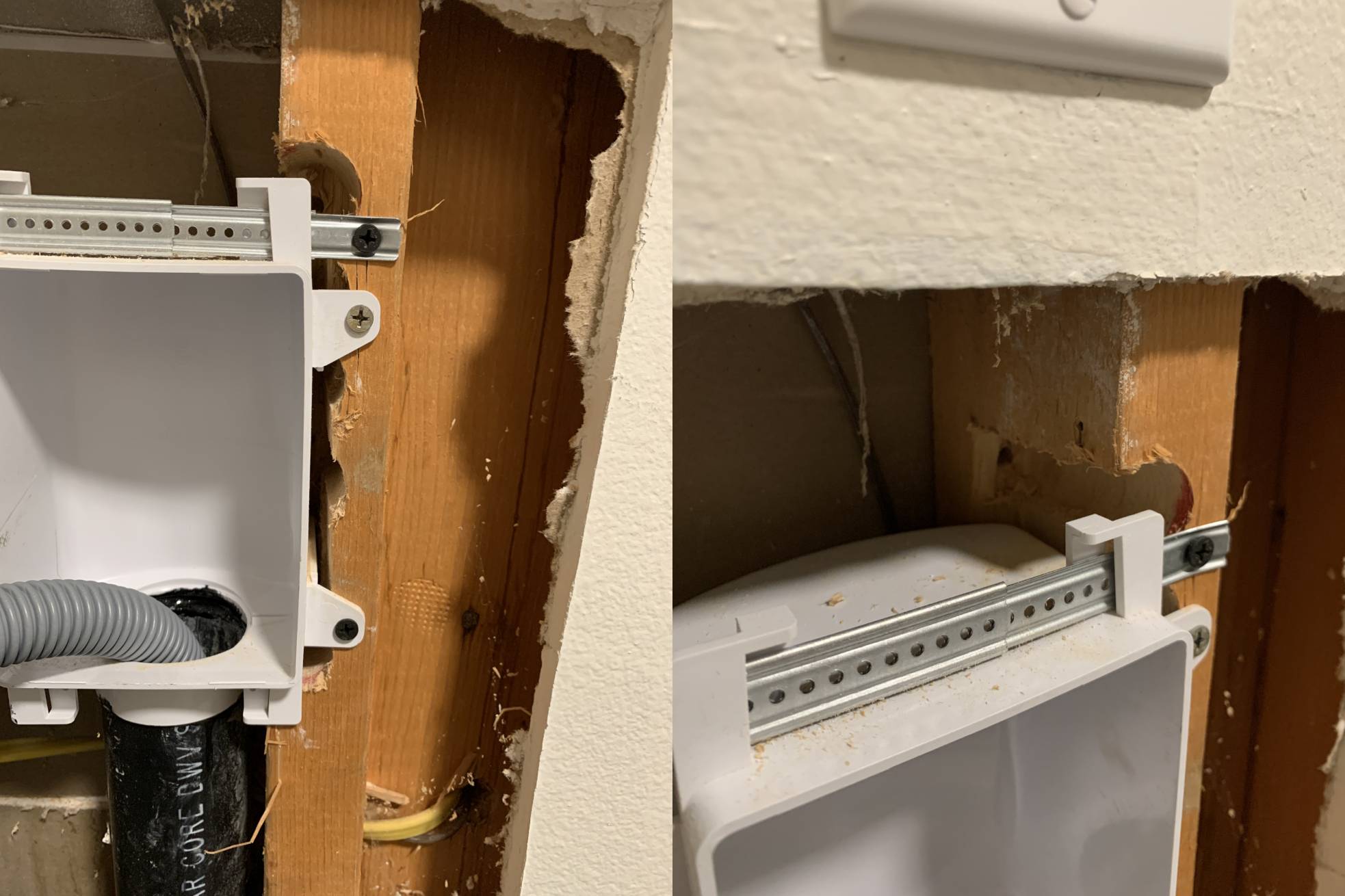 From reading the International Residential Code, I assume this is not up to code. But what can be done to fix it? I'm more worried about the structural integrity of things.

edit: Here is some more information. I studied how the walls connected. I think the perpendicular stud is actually connecting to an exterior wall. 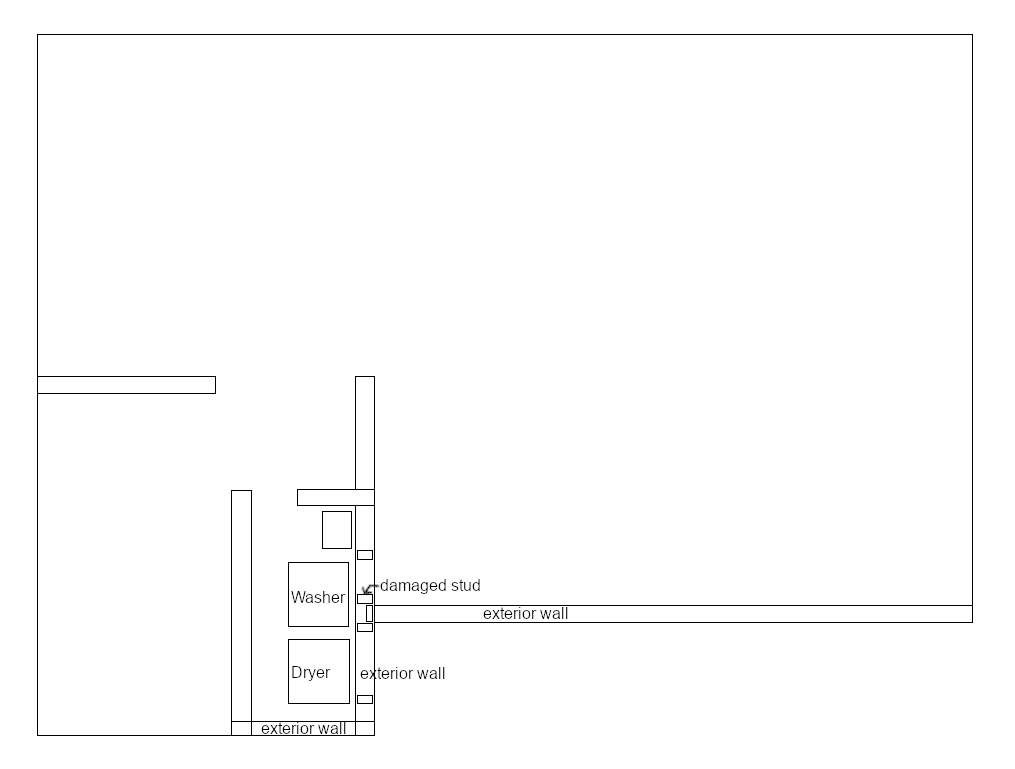 I see other studs hard against that stud. this part of the wall is probably still stronger than it ever needed to be.

Looks like you could sister another 2x4 on the right side. Extend 2x4 sister all the way down to the plate if it's load bearing . 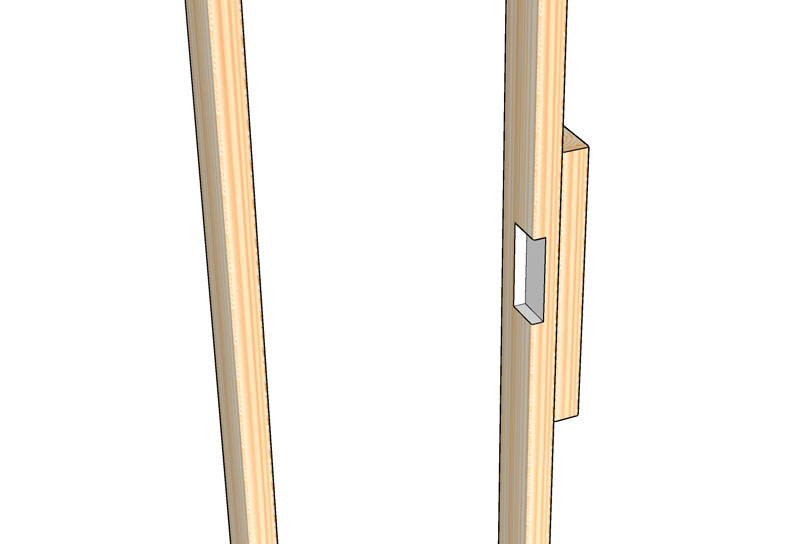 Even if it's not to IBC and it's a load bearing wall, one compromised stud won't make the house fall down. You might get a little sag in the floor and roof above.

If you want to fix it, since the wall is open with the drywall removed, you could just sister another stud next to the damaged one. I see you'll have to notch it to accommodate the yellow electrical cable that goes through it. (Not to give you more headaches, but that doesn't look like it's compliant either...) Attach it to the existing stud with a few construction screws, it doesn't look like there's room to swing a hammer easily.

Not the answer you're looking for? Browse other questions tagged walls studs or ask your own question.

5
I removed this non-load bearing wall in the corner of my basement, now 2 doors upstairs rub on their frames. Why is this?
2
Why might there be concrete inside my wall?
4
How can I remove a stud from a load bearing wall?
1
Did I miss the stud when I drilled into the wall?
1
What needs to be done to protect existing 12/2 cable in a stud wall being converted to a mass wall?
0
What is this construction material under my drywall?
0
Securing French cleats to drywall over lath and plaster with structural screws
0
Would diagonally bracing studs on either side of a load bearing stud be safe to remove the load bearing stud?
18
Can I hang this heavy and deep cabinet on this wall safely?