This is a porch roof, single layer, 54 year old house. Started tearing off rotting fascia and found a sub-fascia rotted as well. Also took off soffit in that area. All the rot is at the end, by the fascia. Pic 1 shows rot (NOTE: oddly, the soffit and gutter of the house (upper) roof showed up in the pic and it looks odd, so I labeled it so no one gets confused (just ignore that part). I looked up into the roof and most of the sheathing is good, except the last 3 inches--some parts have rot (pic 2 shows this). Noting is moist--the sub-fasica & fascia rot is bone dry.

[edit]: Perhaps a clue to the original problem: I just examined the removed soffit and it had about 6 inches of black on it and that part was dirty. Maybe water sat there?

First question: what caused this? I'd like to know in case there's some other repair I need to do. Because it's bone dry, maybe the issue was addressed at some point in the past?

Second question: the porch roof is cupped a bit at the end where the gutter was. Once stuff was removed, I confirmed the sheathing appears to have rotted at the end. I plan to roof next year. Is there anything I should do about this NOW (maybe before I put new soffit, sub-fascia & fascia on)?

Third question: The horizontal parts that the soffit is nailed to (see '?' in first pic) are loose--I can rotate them a bit by hand because they only have one nail at each end. Is this an issue? I don't think so because they seem to be only there to hold up the soffit, but since I'm here, I'll ask. 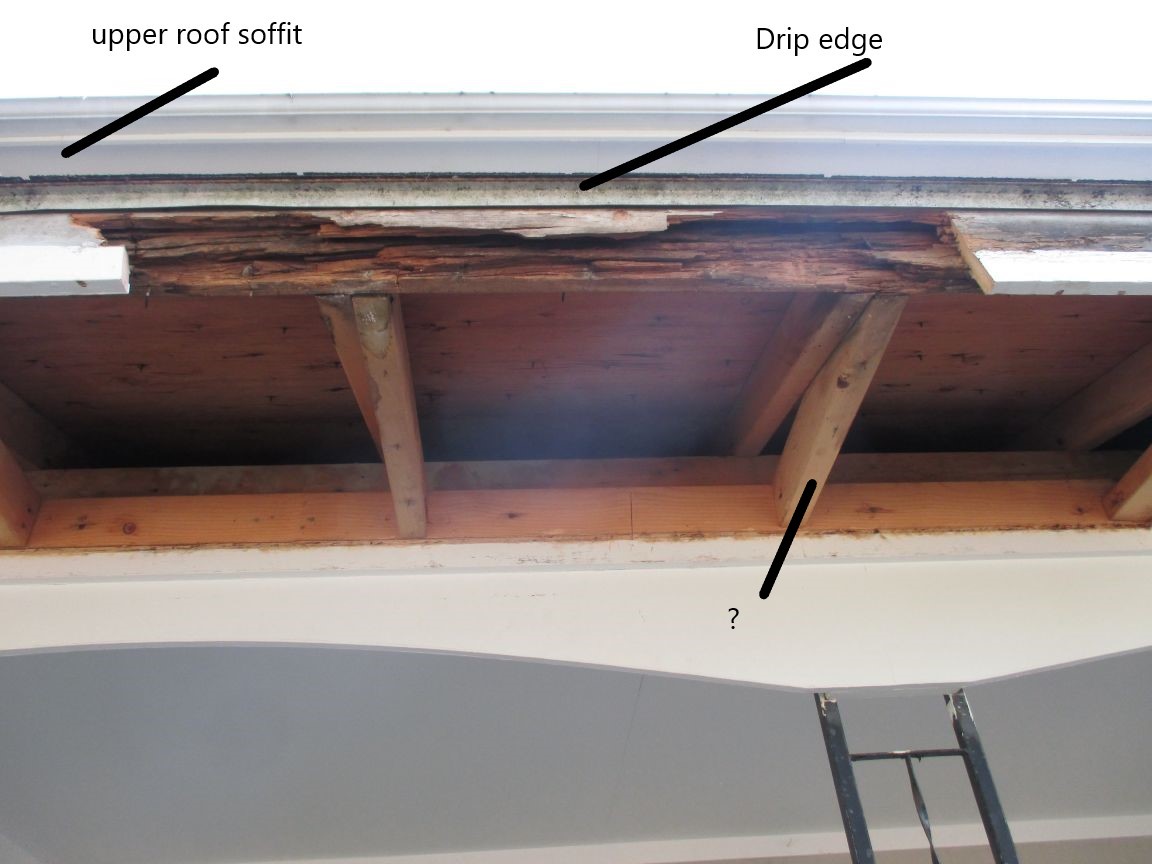 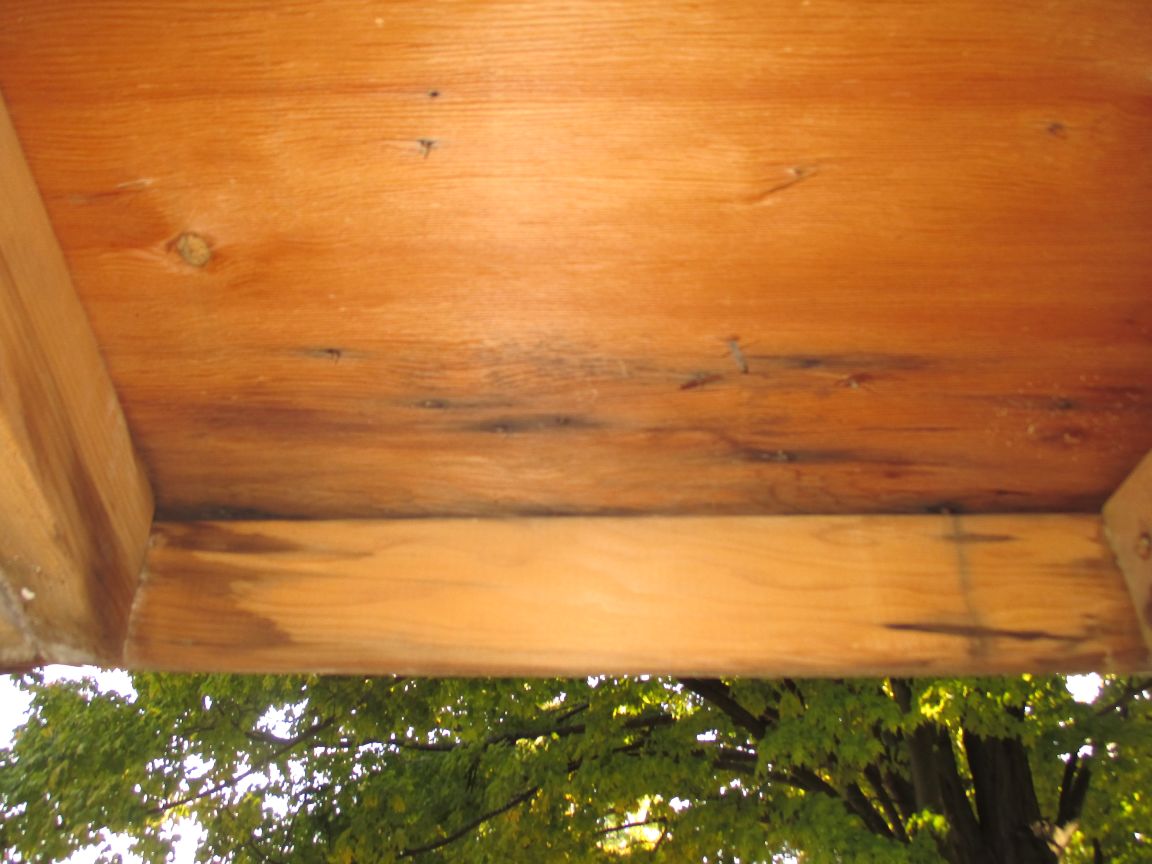 Browse other questions tagged soffit fascia or ask your own question.

6
Does water dripping through my soffit indicate a problem?
1
Should I run cable through an always damp crawl space or a dry soffit in the living area?
3
My contractor replaced old soffits and fascia with fiber cement panels. What type of molding/cleating should be used?
0
Vented soffit under bay window
2
Useless soffit on on low ceiling. Cover-up or stupid aesthetic?
3
Fixing water ingress at mitred corner in roof fascia
0
How to properly repair water/bug damaged soffit and roof deck?
0
Should I vent a porch roof and how to do it?