I recently purchased a kit to enable me to put in some raised flooring into my loft (as my house has double-thickness insulation). This kit contains some supports which screw onto the wooden joists and some metal rails that you put on top of the supports, and you then put your boards on top of these rails.

Here's a picture I took: 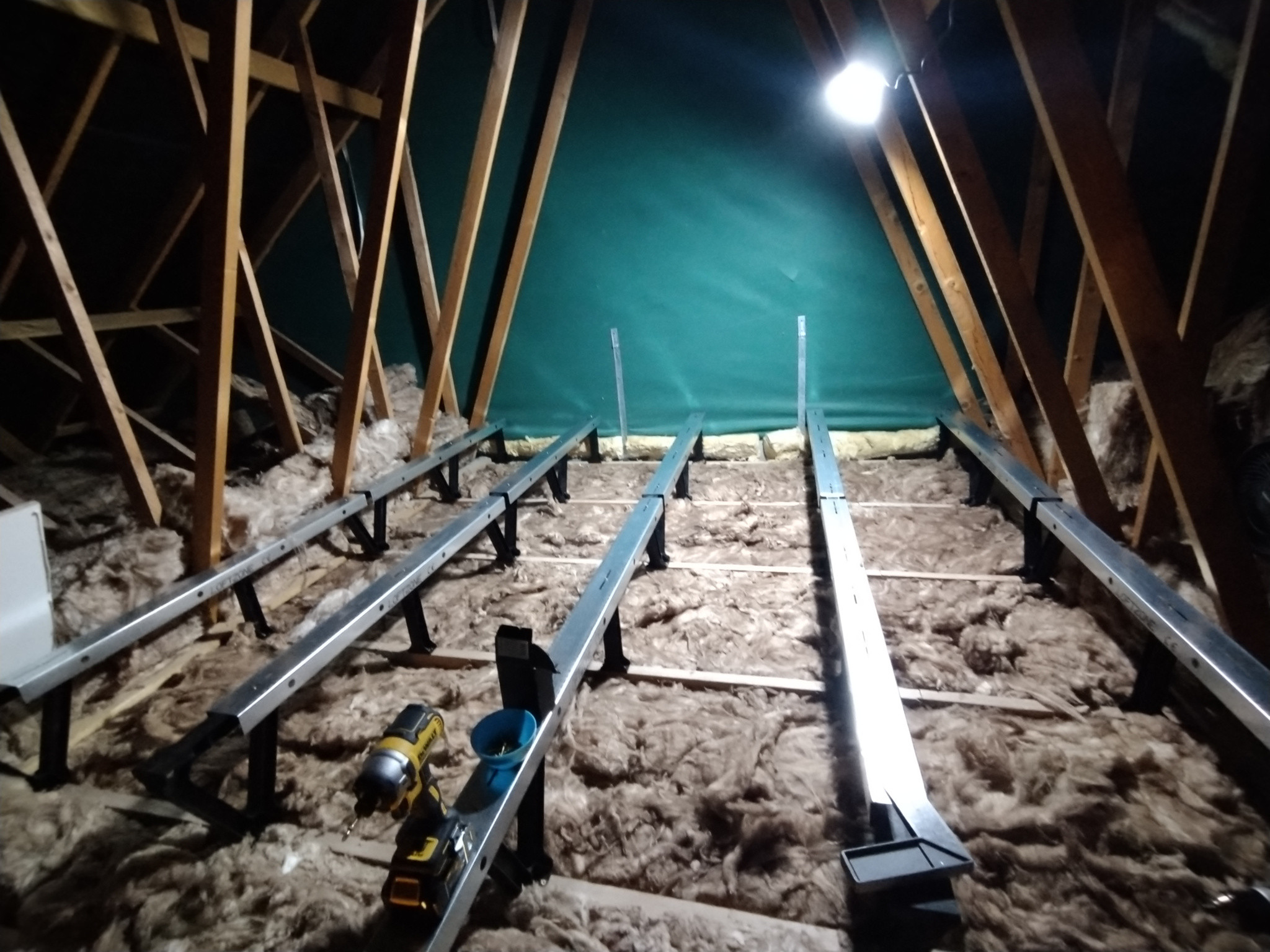 Now my question: what is the best way to orient these boards in order to spread the load across the joists best?

Would it be better to put them horizontally so they span three rails (Option A) or vertically so they are supported either side on two rails (option B)?

Here are some diagrams I threw together to illustrate: 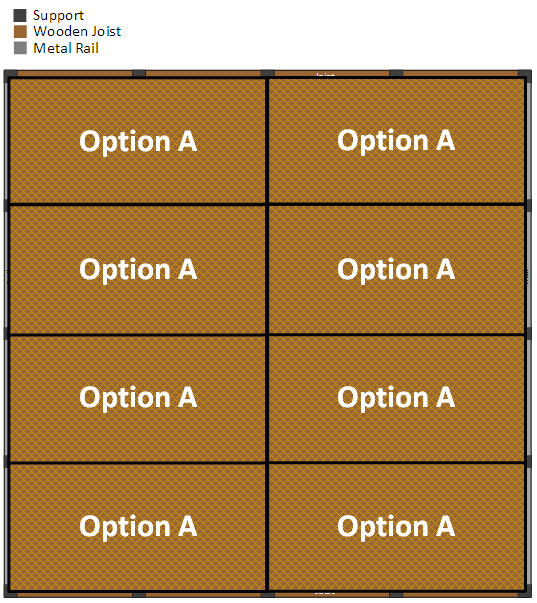 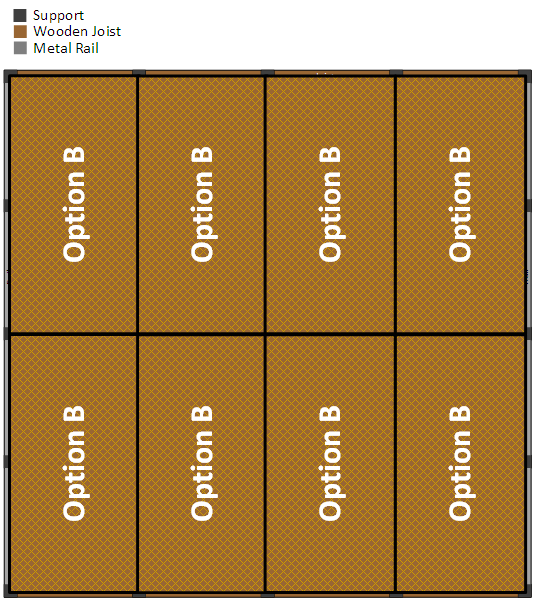 The reason I ask this question is that my physics is not my strong point, so I was thinking that option B would perhaps be better since the load would be spread over three wooden joists rather than two, however, this would then place the load on two rails rather than three.

The load will be transferred to the supports mostly based on how you stack it, not how the sheets are laid.

OSB has a dedicated (and labeled) strength axis. It's normally lengthwise with the sheet. While your OSB may be thick enough that it doesn't much matter, it's almost never appropriate to run it parallel to the joists. If you don't have a compelling reason to do otherwise, install it perpendicular with the joists.

Also, stagger the sheets. You should not stack joints like you have. Instead, start the second row with a half-length sheet and lap past the first butt joint with a full sheet. This allows the tongue-and-groove connection between sheets to help support the area around the joint. Even if you're not using t&g doing so will help stiffen the floor.

Not the answer you're looking for? Browse other questions tagged flooring attic uk or ask your own question.

3
Is it a good idea to put 1/4" XPS under engineered floors?
3
Cat6/Low Voltage Termination in a wooden enclosure
1
Pull Up All Laminate Boards Or Cut One Board in Doorway and Start From There
1
Is whitewood timber suitable for loft boarding?
0
Polystyrene or other foam instead of mineral wool in low pitch loft
1
What is the best way to build up attic framing?
3
What's the best way to insulate an attic with 2x4 joists?
2
Running romex in 20" attic space using pipe hangers
0
Advice on building a livable cabin floor on a concrete slab with insulation and plywood