How can I prove my kitchen exhaust vent egress

The 2-storey ten year old house that I bought last year has a non-venting range hood over the gas stove. I want to replace this with a venting range hood. In in the cabinet directly above where the range hood is mounted there seems to be a properly installed vent that goes straight up (and yes, the range hood end of the 90 degree elbow is taped off!) 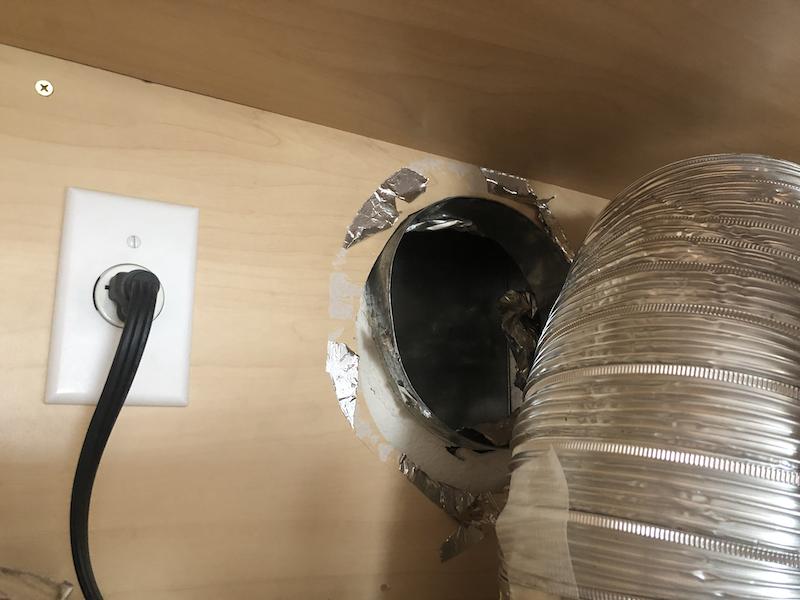 My problem is proving that there is a genuine egress of this vent on the roof. There are two vents on the roof and one is definitely the vent from the natural gas heated water and house heating. I assume that the other vent is for the kitchen range hood, but I am struggling to prove this and don't want to start venting cooking fumes into a closed off duct.

In this pic of the roof, the heating duct is the one on the right and what I am assuming is the kitchen duct is on the left. Note that from measurements, the kitchen vent needs to take a 5 foot dogleg in order to get to that close to the heating vent. 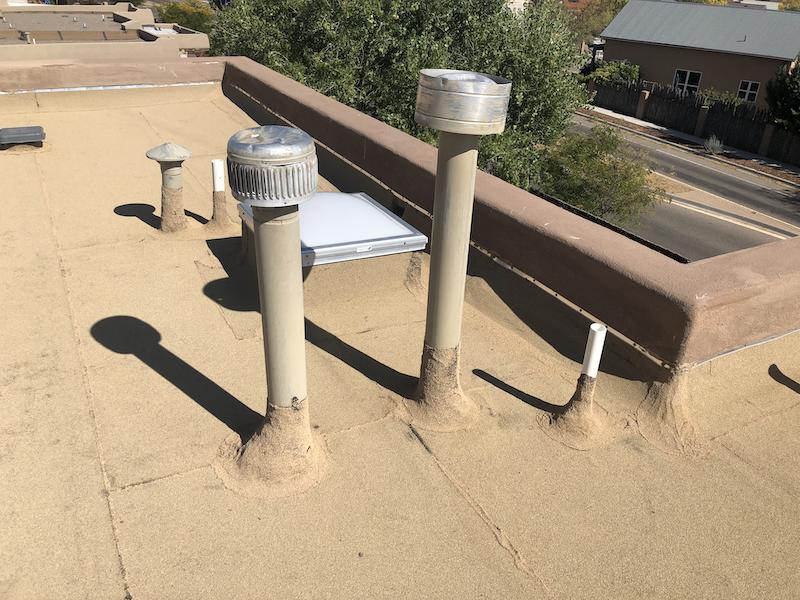 So far I have tried:

Things I am considering are:

So what are my best options to prove the egress of the kitchen vent duct on the roof?

I now know where the vent leaves the house!

I finally proved the vent using the method suggested by @jasen. However I am still shaking my head about where the vent exits the house.

I rigged up my electric leaf blower and sealed off the ducting with a cardboard baffle: 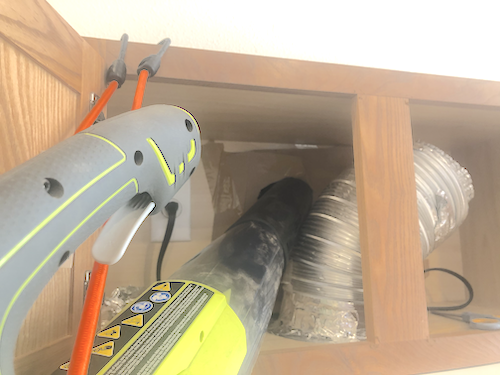 I was up on the roof when my assistant started the blower, and nothing was coming out of any vents on the roof. But I heard the sound of the blower coming from somewhere! And eventually I located the egress on the side wall furthest away from the kitchen, and not on the roof! 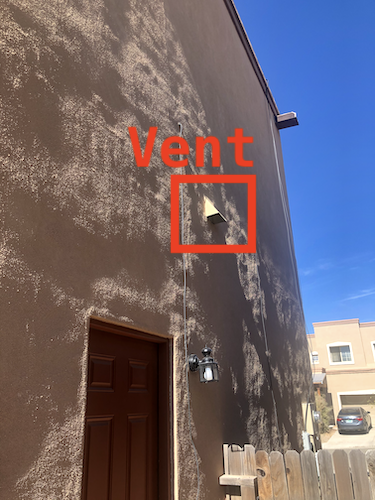 It seems that the duct work for the range hood goes up until it meets the ceiling and turns 90 degrees horizontal and then travels between the ceiling and floor above, over the top of the garage until it hits the exterior wall: 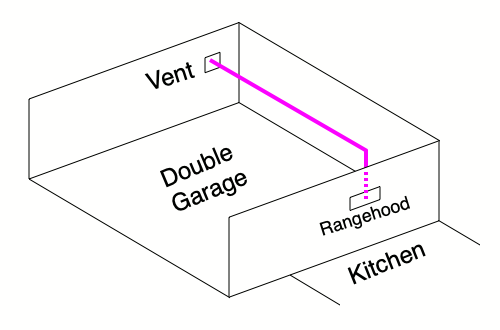 The only explanation I can have for this layout is that it places the egress on the leeward side of the house as far away as possible from the prevailing winds. I assume that if the vent had been on the roof then a difference in wind speed between the roof and the ground could have forced fumes back into the house. But if that was the case, why isn't an issue for the other vents? 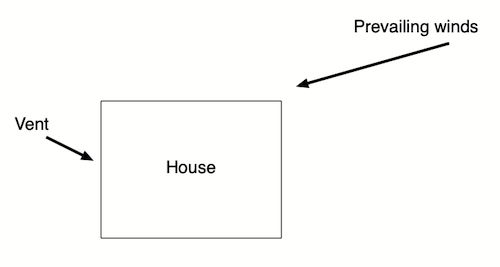 Now my only problem is that I have no idea what the other vent on my roof actually is for!

Get an assistant watch the vent and blow air in to the duct with a leaf-blower.

If it's connected the breeze should be obvious.

You can rent a "fog machine" or "smoke (not really smoke) generator" at a rental place that caters to "party supplies" - you can also rent a portable ventilation fan with a flexible duct. Set the fan to blow in the suspect duct and run the fog machine at its intake.

If you have smoke alarms, be aware that the smoke/fog may set them off.

Beware of using actual smoke, more than one fire has started from "intentionally trying to make smoke" getting out of control.

2
Can I vent a microwave vent / range hood through wall?
1
Do I have to provide better support when hanging a range hood from soffit framing?
3
Can I connect the exhaust vent from my range hood to the existing ceiling exhaust fan vent?
1
Ceiling exhaust fan in kitchen
0
Range Vent Hood Ducting - Can two 5" ducts work in place of one 10" for a range vent hood?
12
Vent kitchen hood vent to roof turbine vent?
0
Can I replace a microwave with a range hood exhaust vent without doing carpentry?
0
Is it viable to vent a range hood back into the kitchen?
1
Does my hood vent vent to the outside or not?