Are 2x6 rafters adequate to carry a day bed in a pergola?

I'm working on my first big project, a 10x16 pergola. The long side includes three 6x6 posts 8 ft away from each other. There is another row of 3 posts 10 ft away parallel to those posts. All posts are set below the deck on concrete footers and deck posts. Posts are notched on top to receive 2x8 beams.

I have 2x6's running the 10 ft length underneath the beams to give some stability. My wife was wanting to hang a rather large swinging day bed from the pergola on the side where the grill is next to the fence. It will be about 5ft 6in wide and weigh about 75lbs. I would want to make sure 3 people will be safe on it just to be safe. So the overall load would be around 650-700 lbs. It would be attached at two different points across the length of the rafter above where the bench armrests would be. I can either make it hang from two ropes on one rafter or four ropes attached to two different rafters like the pictures I included, whatever is necessary. I was wondering what size rafters I would need to support that kind of weight if it's spanning 10 ft. I currently have 2x6's bought for the rafters but from what I read I will need something bigger.

I would prefer to avoid 2x8's just so the top doesn't get taller. Would 4x6's work as rafters? Thanks for the help. Pictures attached in link of ways I'm looking to attach the swing. 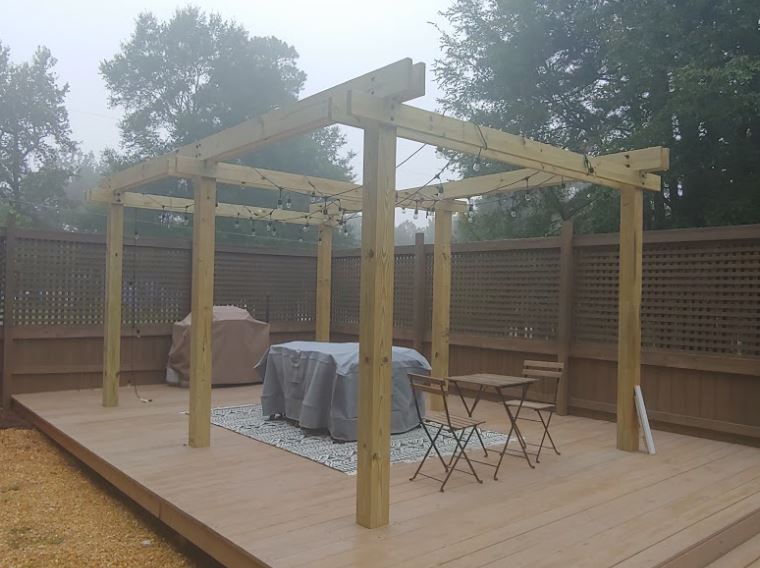 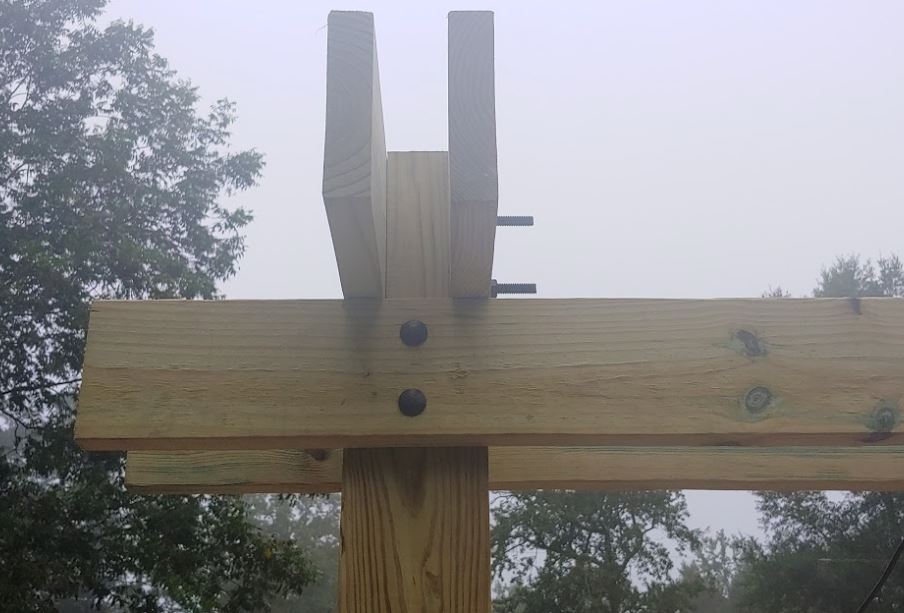 I think you'd be fine hanging the swing from both 2x6's. (I don't see any reason you wouldn't use both.) Southern pine 2x6's are OK up to 9'11" for joists if spaced 12" on centers. But those numbers are based on limiting the amount of deflection of the joist, so the floor isn't springy. In this way, a little deflection isn't going to be a big deal, in fact a lot of those swings have a spring in the support so they have some give.

If you sink four eye bolts into the bottom of the 2x6's, two at each end, and put say 1' of chain on each eye bolt, and use a threaded link to connect that to the chains that the swing hangs from, it should be more than strong enough.

Not the answer you're looking for? Browse other questions tagged framing pergola or ask your own question.