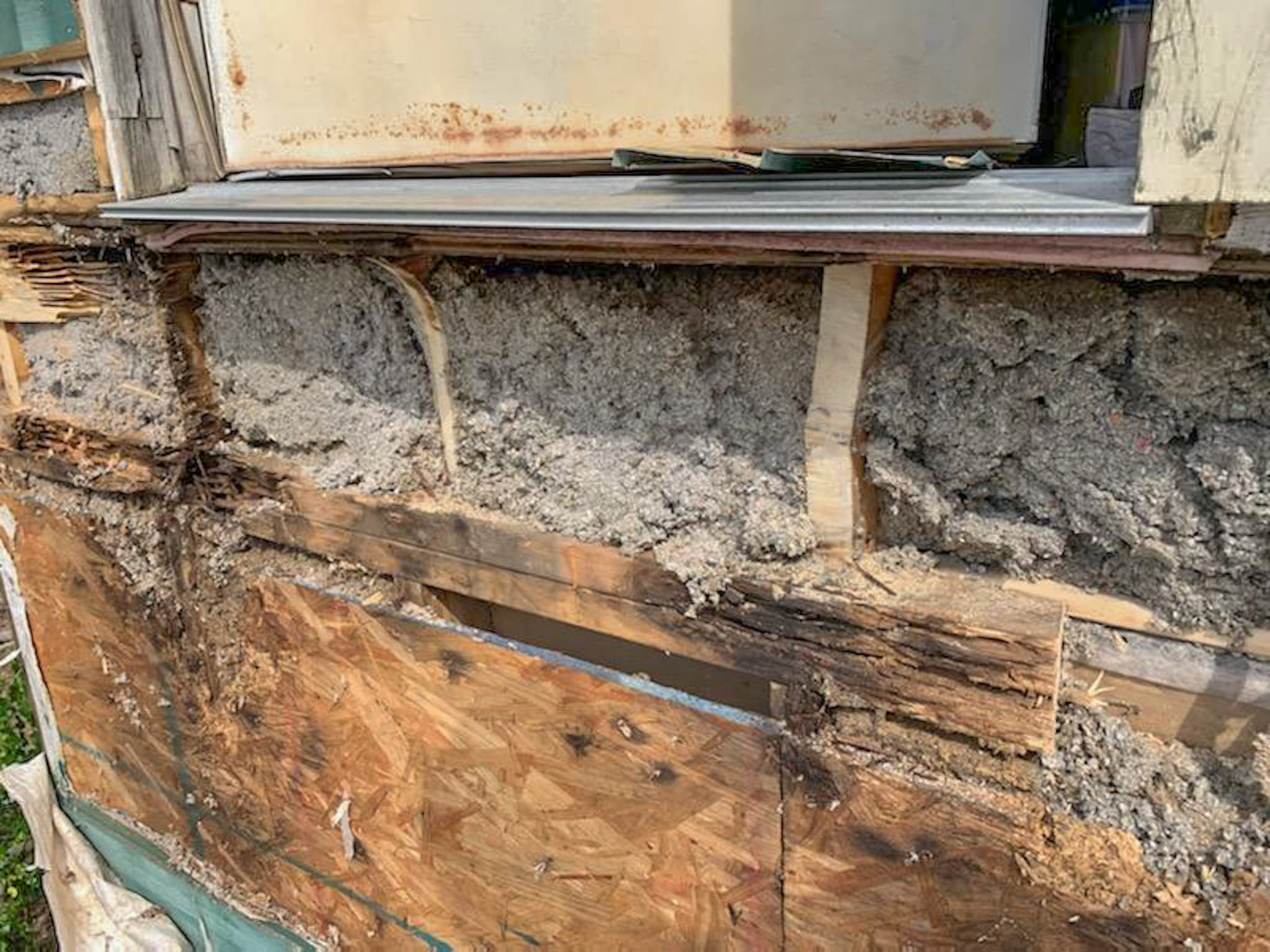 A stair and landing was incorrectly built without a drip edge over 4 cantilevered joists coming out of the building. Over the years, water got in and rotted the joists to just past the point where they rest on the top plate of the wall. The top plate is rotted as well.

I have opened up the outside wall and cut back the rotted part of the joists, which went just past the top plate by an inch or so. The rest of the joists all seem fine.

I will have to rebuild the top plate and sister the joists. Since only the last few inches of the boards were affected, how far into the building do I need to sister the joists if I don't cantilever them again? I've seen some say 3 ft. is enough.

Should I sister both sides, or will one side do?

Also, do I need to glue them together? And, should I nail, screw, or bolt them? I have seen people advise to do each method.

If I do cantilever them again, I believe I have to go 3 ft. in for every ft. out, correct?

Browse other questions tagged floor deck joists or ask your own question.

2
Connecting band/rim joist to floor joists on a cantilevered deck
1
How can I repair the end of joists sitting in brick pockets?
0
How to properly double on ceiling joists
2
How should I replace a cantilevered rim joist?
3
How to replace porch joists?
1
floor joists splitting at non-beam end
1
How to sister joists to level a floor when they've already been sistered to level the ceiling below?
5
What is the best approach to repair outside cantilevered wood deck joists with dry rot?