Does the arrangement of breakers within a panel matter or follow any rules?

When somebody is installing breakers initially or doing a major remodel, are there rules or restrictions that must be followed in regard to which breaker goes where in the panel spaces?

Obviously dual-pole breakers need to be installed into a spot where they can reach both phases, and any other instructions on the panel labeling must be adhered to. But beyond that, I'm curious if any of these considerations matter or are stipulated in code:

Put another way, if somebody were to pop all of the breakers out of their panel (without unscrewing any of the wire terminals!) and shuffle them all randomly, would they need to apply any sort of code interpretation or common sense to reinstall them correctly?

While we're discussing bad technique, let me hit the awful practice of "Mister Snippy", snipping the wires short so they can only reach the breaker they're on right now (or the neutral bar). Mr. Snippy thinks he's impressing the inspector with wild overinterpretation of NEC 110.12. Actually they're dooming the panel to a bad hair day of wire nut extensions, when changes inevitably need to be made later.

Locate largest rated breakers closest to the main, and 15A circuits farthest away.

This is a very bad idea for two reasons. First, as Jeff Wheeler discusses, you're dancing with the devil on Stab Limits. I recently saw a panel with a 40/40 quadplex across from a 30... and the OP wanted to change the 30 to a 30/50. If you don't see a problem there, read Jeff Wheeler's answer.

So the idea of crowding the biggest up top, abeam of each other, is a terrible idea.

Second, about three 2-pole double-spaces should be "reserved" if you will, for things that actually have a need to be there -- generator interlocks (particularly "across" interlocks such as Siemens ECSBPK01), surge suppressors, solar, that kind of thing. I'm not saying "don't use them", but anything you put there should be easily moved. A second warning to Mr. Snippy.

Balance (within some threshold) the total breaker ratings on one phase with the other one.

The trip value? Pointless. No gain to it. Prioritize other things.

Balance the expected real-life load on each phase. (Is there even a way to calculate that?)

That makes a lot more sense. You just have to think about how houses are being used. You don't run the dishwasher while you're preparing a meal for instance.

In specific locations (e.g. the two separate kitchen countertop receptacle circuits) put these two circuits on different phases -- if the circuits are not wired as an MWBC.

Yup, or "saw and dust collector".

Unconstructive and useless. I see it sometimes, but that's just pandering to 110.12, trying to make a panel that looks neat for no good reason.

I think the best question to be asking is, "how do I best facilitate people finding a breaker they're in a hurry to turn off?" That being the reason they have switch throws instead of just reset buttons.

You need to read the specifications for your panel. Almost all panels have a bus stab limit that is lower than the total panel capacity. Not all stabs are created equal -- the panel might allow higher-amperage breakers at the top or on one side. 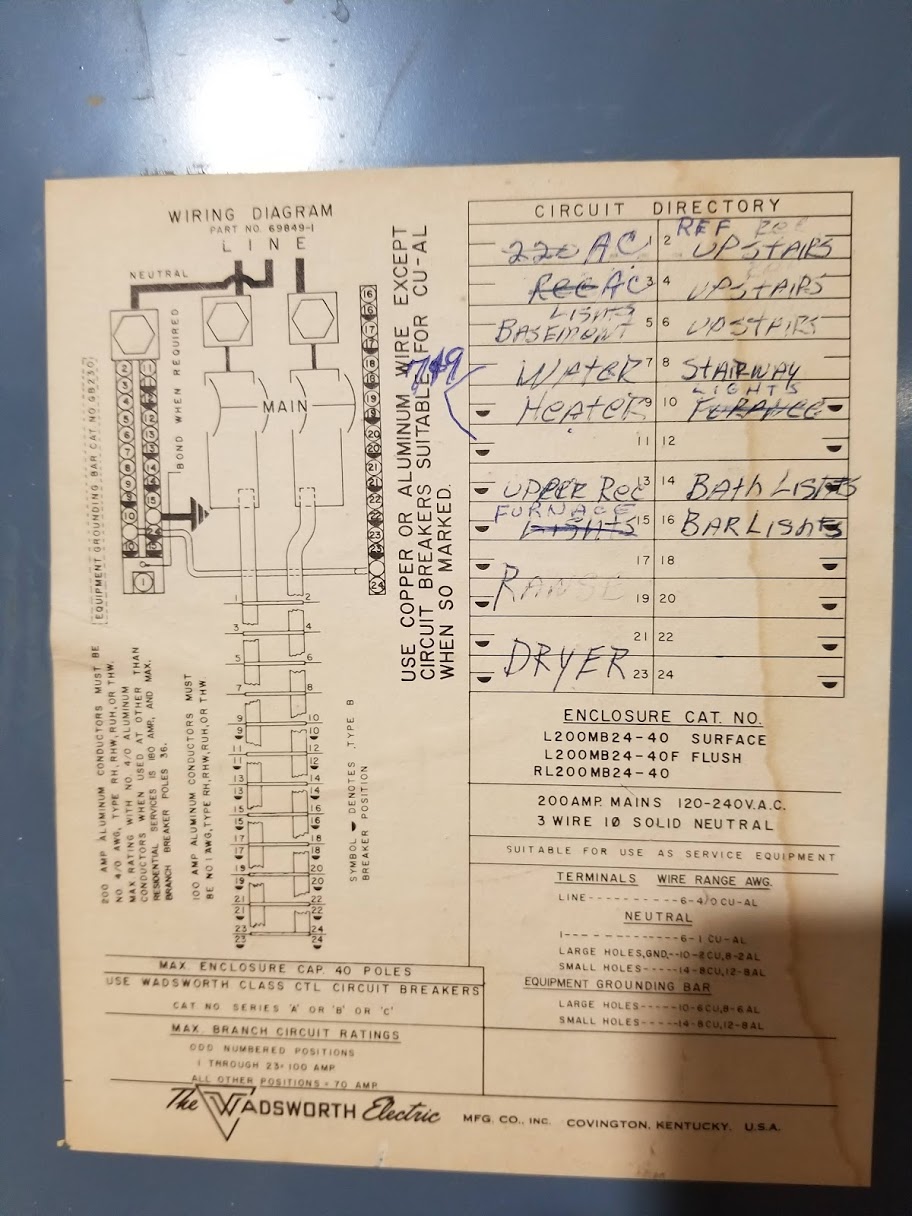 The panel makes the rules

Beyond the NEC 210.4(B) call for common disconnect (i.e. an identified handle tie or multi-pole breaker) for multi-wire branch circuits, the old "rule of six" for service/structure disconnects, and the favorable treatment NEC 705.12(B)(2)(3)(b) gives to "opposite end" solar/DG feed-ins, the layout of breakers in your panel is determined by the panel's own labeling and specifications. In particular, at least for the residential meter-main and loadcenter hardware I've seen documentation or labeling for:

There really isn't a code issue on where to install various breakers, but most of what you said is a preference. Best practice is to install the highest rated breakers as close to the main as possible. Other than that, its mostly a preference.

On your 4th bullet point, regarding putting kitchen circuits on different phases is a good idea, "unless a MWBC". Given your obvious knowledge expressed in the rest of your post, I'm thinking that's a typo. A MWBC MUST be wired to opposite phases.

One more thing: bear in mind that each phase in a 200 amp panel can supply 200 amps. (edited from previous error). So even if all kitchen circuits were on the same phase and you were running a toaster, waffle maker and coffee pot at the same time, you'd only be drawing about 30 amps. Sure, it's a good idea to put the kitchen circuits on separate phases, but don't worry too much about it or over think it.

Not the answer you're looking for? Browse other questions tagged electrical electrical-panel circuit-breaker code-compliance or ask your own question.

1
Should the neutral for a GFCI be separate from other neutrals?
0
Optimal Breaker Configuration for Split Phase Mains Power
2
Hybrid 1ph/3ph load center fed by rotary phase converter?
0
Burnt modules but no breaker trip
1
Ganged Circuit Breaker has strange ganging configuration. 40-[30-30]-40
5
Swapping wires in electrical panel to move outlets to different phase of service. Is this safe?
0
Open Refreigerator door trips other breakers
2
MWBC for split kitchen receptacle
4
Is this a bunch of wrong MWBCs?
2
How are "R handles" different from the rest in a Square D QO panel?