I’m redoing the tiles for a 3’x3’ shower stall. It’s in the corner of a room, with the side wall an exterior wall, and the wall with shower head is a dividing wall between condos. There is a half wall as the 3rd wall. I’m looking to install a niche, but I don’t want to put it in the exterior wall, so I’m planning to put the niche in the shower head wall. But that wall has non-standard stud spacing, so I’m going to build out the niche instead of using a pre-built niche box like ezniche. Howeever, in pulling out the insulation I discovered there isn’t drywall directly behind the studs in the corner but rather a larger empty cavity (see pics, its small, to the right directly behind the shower faucet studs begins a cinder block wall). In total the depth is about 10”. Id like to built it here but I’m a bit worried about (a) how to build the back of the niche, so I don’t have to build all the way back the 10” and (b) whether there is any issue with the exterior wall being next to this cavity, causing cold air to come in through the niche. Any advice welcome 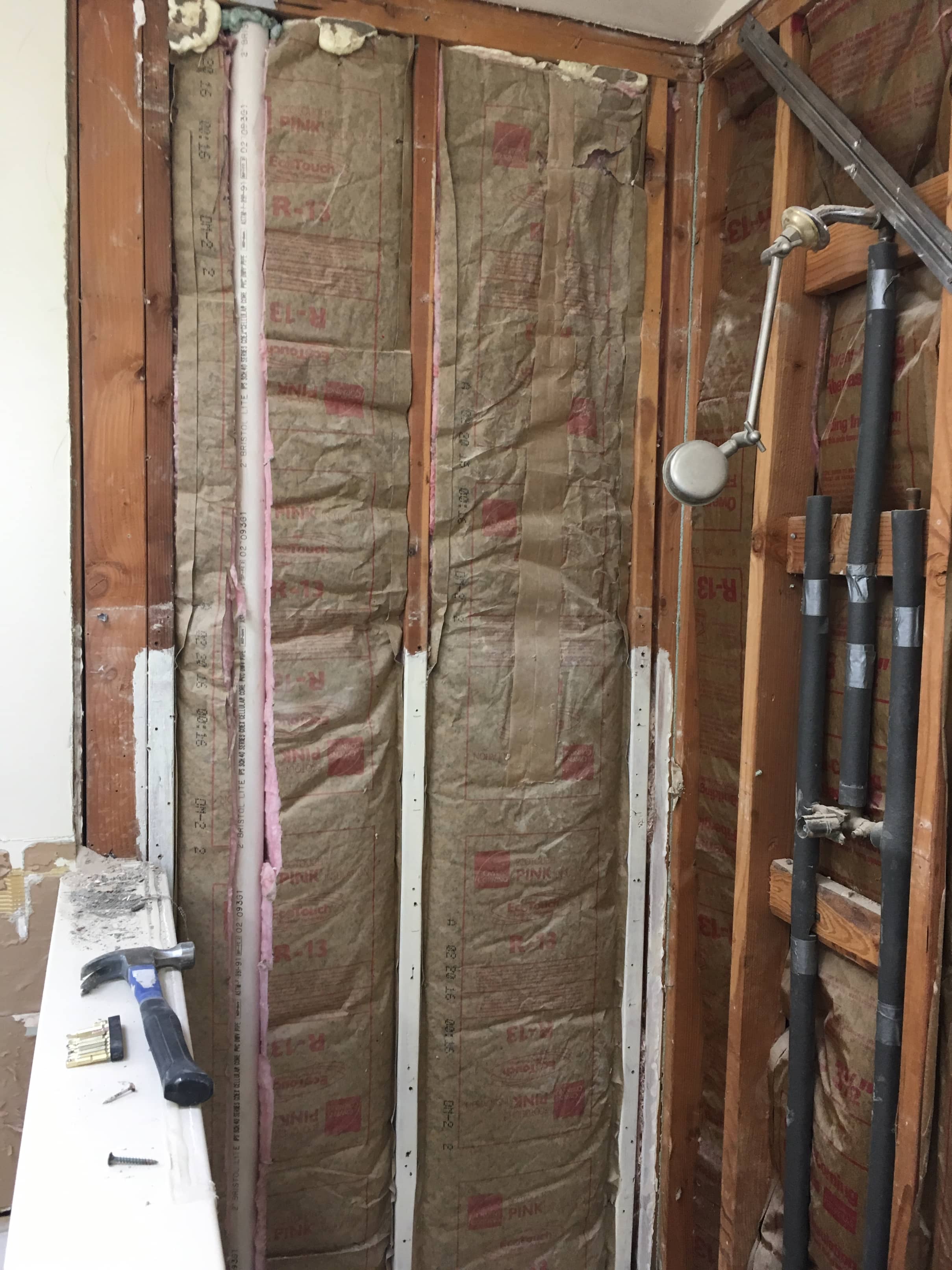 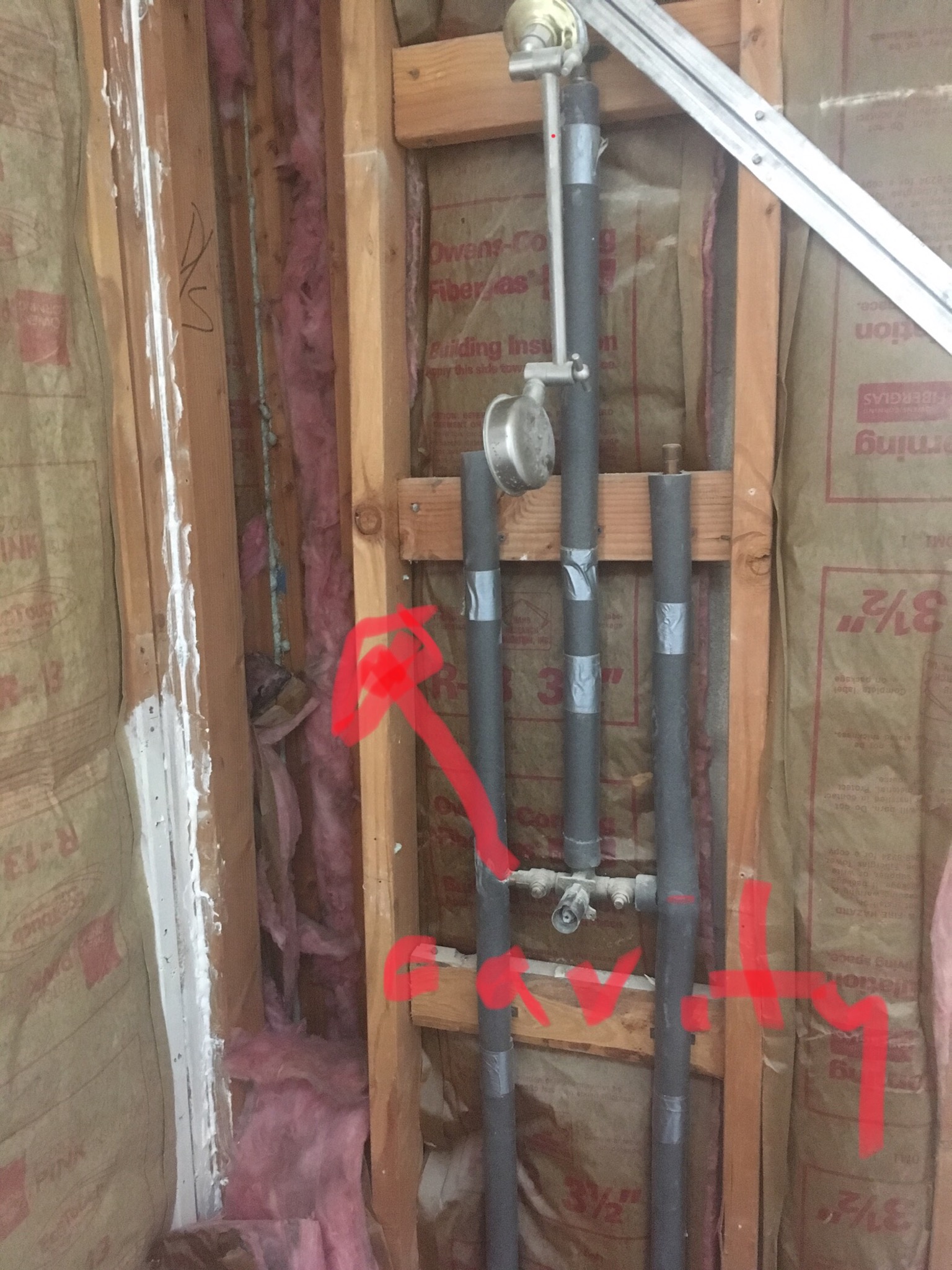 What are you planning on using on the walls and for waterproofing? If using kerdiboard you can just make the niche out of that and glue the panels together with kerdifix. It doesn't need to be supported although some blocking for it to sit on wouldn't hurt

Not the answer you're looking for? Browse other questions tagged shower tile or ask your own question.

1
How do I seal a basement cinder block wall behind a shower?
0
Tile over Plaster (bathroom)
1
Leaking tile shower at corner near glass door
1
How should I fur out cement board in shower stall to match the original mortar position?
5
Installing 4 piece shower enclosure that's slightly too small
4
What glue would you use to glue wood (polyurethane finished) to pvc shower walls for shelving?