This is a model for a light bulb that I have never seen. Does somebody recognize this model?

I have purchased a lamp time ago. One of the options why I have choose it, is due to has replaceable bulbs and not integrated leds. After purchasing it, I have unmounted to discover the kind of replaceable led bulb that it has.

Seems a rounded led platform with two simple pins for connections in the back area. I attach some images here: 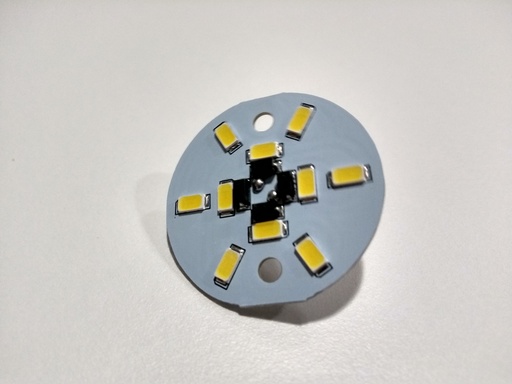 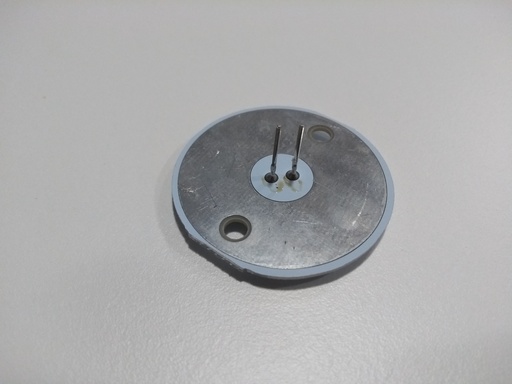 To be honest, is the first time that I see it and I am not able to find the model on internet due to neither I know the common name for this bulb. Obviously is not a GU10 led bulb or a B22 bulb neither.

Do somebody recognize this model?

SUPERBRIGHTLEDS.COM has a number of bulbs similar to what you've shown. You'd have to research the site based on your requirements. 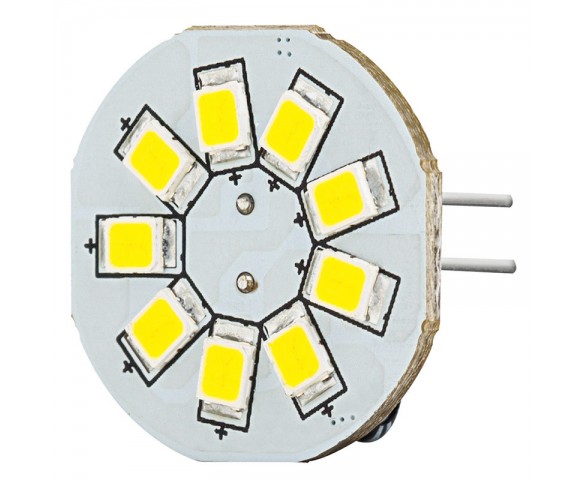 I have no vested (or unvested) interest in the company.

You're trying to buy into a paradigm that doesn't exist

You've grown up with incandescent bulbs. They blow out every 750-2000 hours, because they are basically tungsten on fire. So you go "that's why bulbs have sockets".

Then you learn about fluorescents. The electrodes suffer spallation and mercury absorption, so they too eventually fail. That's why they have sockets.

You learn about HID, ditto ditto.

But when you actually stop to think about that thinking... it follows a pattern, but there's not actually any logic to it. What do LEDs actually have in common with those other obvious bulbs? Nothing. Except they emit light.

So LEDs are a blank slate as to the question of whether they burn out. And the answer is, they don't.

Meanwhile, in the real world...

LEDs do die. And what they die of is driver failure. The driver is the electronic module that regulates power to the LED emitters to keep them at the correct current. (it's rather akin to a ballast). The drivers fail because they are cheaply made Chinese, which was the only way the seller could hit the price-point which the buyer (that's you) insisted on.

Of course you have had failed LEDs, and you have fantasized that if only you could pry up the LED emitters you could replace them with good ones and the light would be back. In fact, it's a Chinese capacitor in the driver that has taken a powder. The LED is fine.

In many fixtures, drivers are standardized enough that a spirited search for a replacement driver module can turn up a workable substitute, and you can be back in business.

If you ask me, the darn drivers ought to have sockets and be standardized.

The only cases of LED failure I've seen which weren't that, was where the PC board itself and/or the lead-free RoHS solder failed. This was unrepairable, so into the trash it went. Ironically the FTC sent me a check refunding me the purchase price of that bulb; the company was that disreputable.

There's also a technical reason in the way

Like fluorescent or HID lights, LEDs are dumb and need something external to limit current. You can use a resistor, but you'll sacrifice most of the LED's performance if you do. So most LEDs rely on an active driver that runs them right on-spec.

Driver specs are a specific exact current (e.g. 350mA) at a range of working voltages (e.g. 30-46 volts). (that voltage will vary depending on the LED temperature, age, manufacturing variations etc.)

The driver must be semi-custom matched to the LED. So if we had pluggable LEDs (or drivers), the plugs would have to be keyed so you couldn't plug a 350mA LED into a 700mA driver. Because that would go "boom"! Also, a 48-70V LED just wouldn't work on a 16-30V driver. So we're talking dozens of key shapes.

Where that can work is 12V LEDs, because many of them use simple resistor drivers. I suspect that's what you have there.

Cooling is also a big issue.

When LED emitters run at peak performance, they need a good heat-sink. Just like installing a modern CPU, you have to use the heat transfer goop, and bolt it down very soundly onto the heat sink, with no real margin of error. This is another barrier in the way of field-pluggable LED emitters.

Not the answer you're looking for? Browse other questions tagged lighting bulb or ask your own question.