So I ran into this issue that seems quite gross that it was located inside the furdown in the bathroom, which was becoming layered in gross dust, hair and crap that gets sucked up. We removed it as part of a remodel. The problem is that there is wood studs that would block the air duct from going directly. What configuration has worked to have the return in the wall? thank you. DO we have to cut the studs ? Brace? 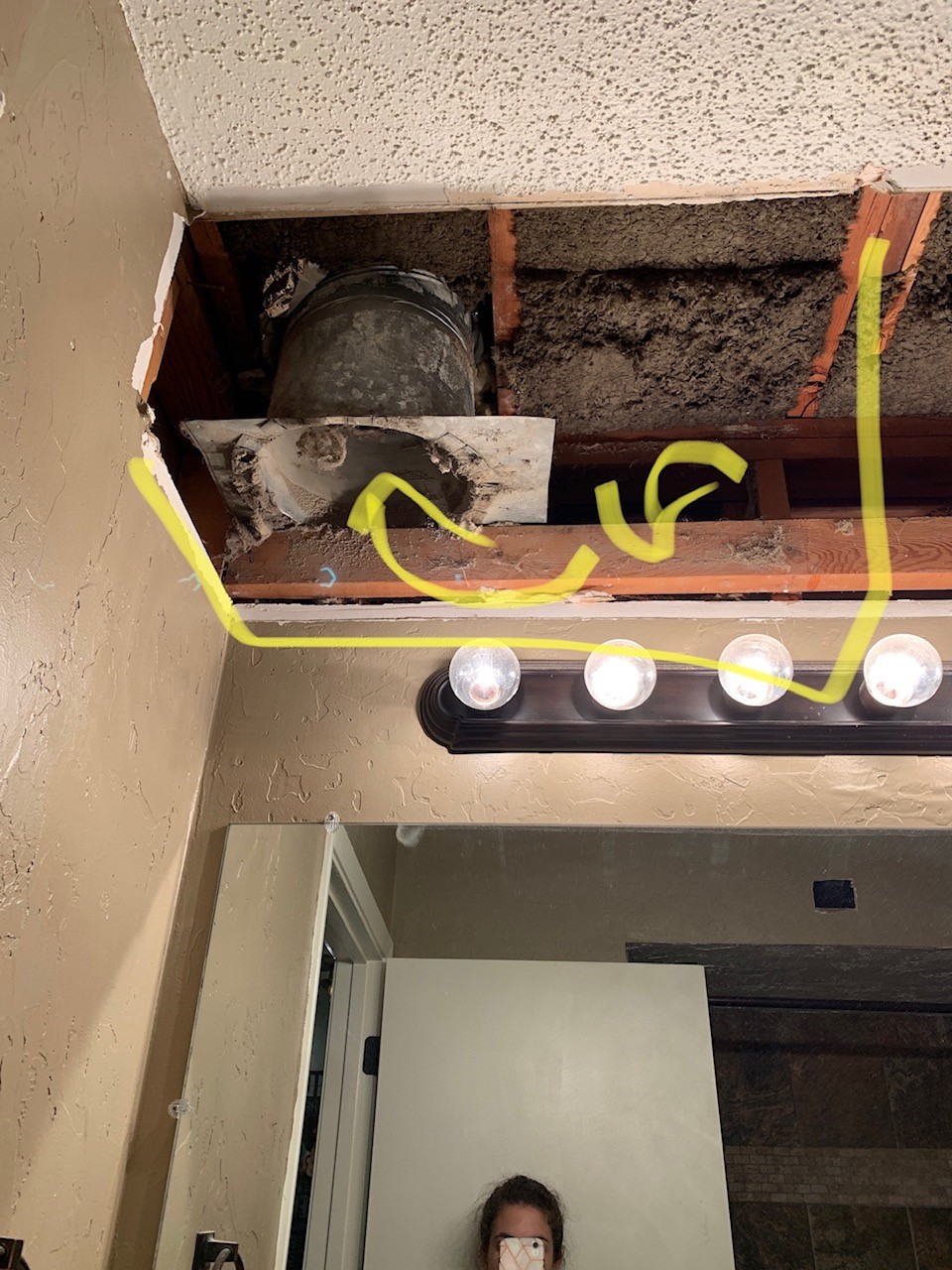 wood studs that would block the air duct from going directly

I assume you mean straight down in the wall with the mirror on it. I can see the top plate of the wall behind the mirror, and it's doubled. That makes me think it's a load-bearing wall. I could be wrong on that, and if I'm right you'd be taking a big risk in modifying it. So my best advice would be to consult a professional on this one. You don't want to risk compromising the structural integrity of the house.

If you do want to go it alone, to give you a direct answer, and assuming it's load-bearing: The wall is holding up the joists above it, and what's important is that they remain supported. So you'd need to a) cut the top plate in such a way that the part you remove is entirely between two joists; do not under any circumstance leave a joist with nothing under it, and b) place a stud at each end of the opening you create, so that the top plate and the weight it's carrying remains properly supported.

But again, I strongly recommend a pro in this instance.

Not the answer you're looking for? Browse other questions tagged hvac bathroom ducts remodeling or ask your own question.