I bough a steampunk robot lamp from ebay. It is made out of (painted) metal fittings. After receiving it, I was a little concerned regarding safety and disassembled it. The plug suggests that this is a class II appliance, but the individual wires aren't double insulated and just connected via wire nuts. Is this safe? If not, what would be the best action?

I couldn't find any CE mark on the lamp. They also supply a super cheap looking 5W LED bulb, which has a CE marking on the package (but not on the bulb).

I kind of expected that this item would be safe, because it shipped from the Netherlands and therefore should conform to EU safety standards (it isn't like I'm directly importing it from China).

Update: I contacted the seller and according to him this is "not a problem", but they offered me to return the product (to a German warehouse).

Very regrettable. The European plug is like this, the product is no problem, If you need to return the product, please install it and send it to this address: Ma Kun (Jbingo) Tilburgstrasse NSR GMBH. 15, 41751 Wilson ☆Note: Please write down the product number, order number and eBay buyer ID on the paper, and put it in the return package so that our warehouse can identify it, thank you. ☆ Please provide us with a photo of the tracking number or logistics ticket, and then we will refund you in full. Thank you for your understanding and wait for your reply. Greetings

What a strange arangement. The seller is a Chinese company that ships the item from the Netherlands (according to the product description) and has a warehouse for returns in Germany. This sounds to me like an intresting way to get around safety laws and to be unreachable for any lawsuits. 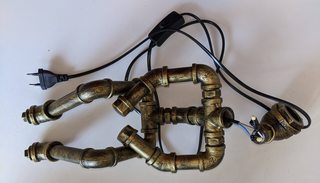 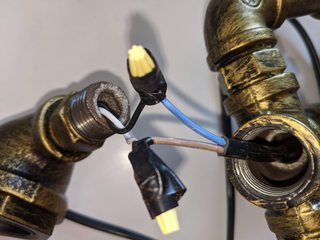 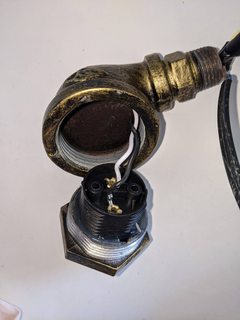 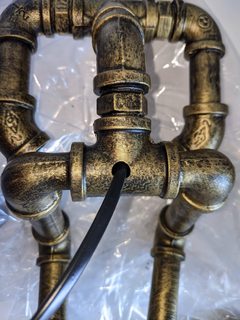 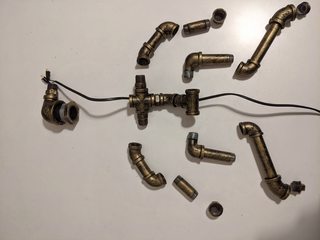 It's dangerous. You've spotted one important flaw but it can combine with others to make a really dangerous product.

I originally suspected it was made in Europe by someone with more interest/knowledge in the sculptural aspect than the electrical one, but I've since spotted contact details in China for the seller. Either way it shouldn't be sold.

Here's why (as I only have a little training in designing stuff for mains, and haven't inspected it, this list isn't exhaustive):

This adds up to a dangerous and easily foreseeable failure mode where you trip over the cable, rip the live out of the wire nut, it touches the pipes, making them live, you pick up the lamp, you wake up in hospital - if you're lucky.

I've been known to cut corners for something I'm using myself, but not to anything like this extent, and certainly not for something that's going to be used by others.

These days the preferred solution would be an external low voltage power supply (complying with the regulations and safe on the output), but it could be built safely for mains operation - it just hasn't been.

The safety solution is to either add a grounding using a grounded cord with the ground branching off and attaching to the metal as close to where it enters as possible.

Or you can convert the lamp to low voltage LED with the 220 to 5 or 12V conversion external to it so safety ground isn't a requirement.

I finally fixed the lamp. It was a little more complex than I initially anticipated. I decided to run the lamp on 230V, because it is much easier to get 230V E27 bulbs than 12V. It is nearly impossible to find nice looking 12V E27 dimmable LED bulb. I used the following items:

The following steps were necessary. I additionally disassembled the arms and legs, but this isn't really needed. 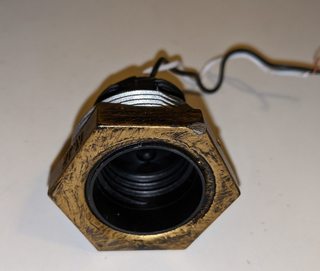 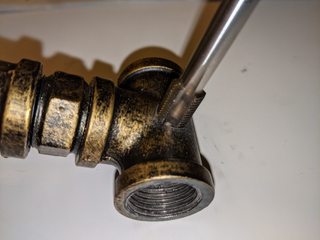 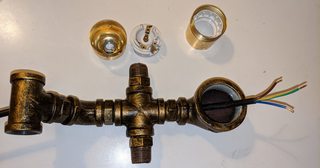 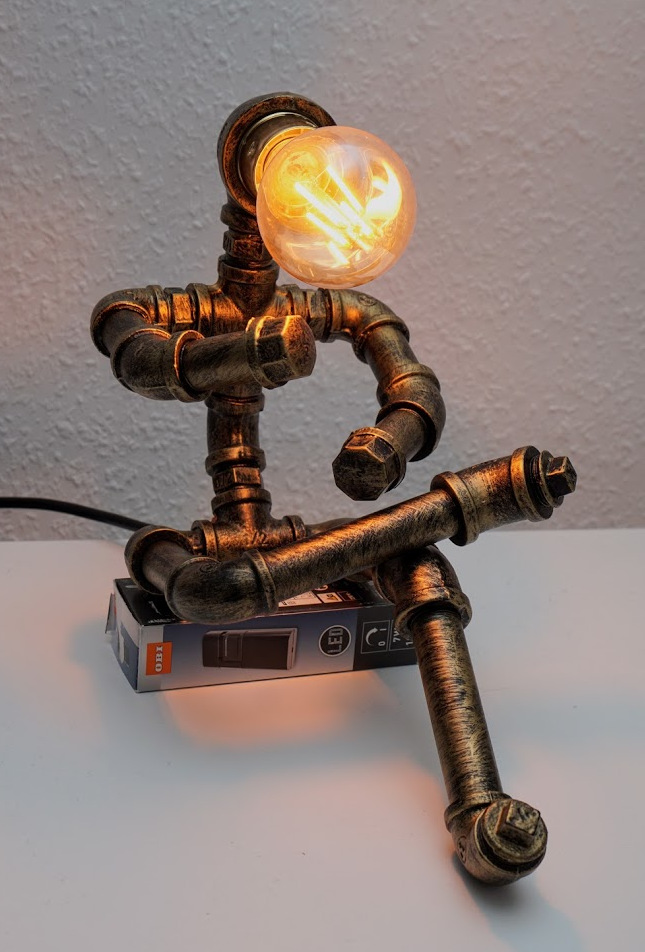 Was it worth it? Maybe. The lamp looks nice, but it took quite a few extra supplies and labor.

There is no need for wire nuts in any such appliance, and this is a design from someone clueless, and made in a shop that makes stuff for US markets. Nothing sold in Europe should ever have wire nuts in it - it's a clear giveaway. Unless you modify it to have double insulation or be properly grounded, and get rid of all the other design mistakes - I'd not even bother with powering it from mains voltage. Too much trouble for what it's worth. Modify it to be a low-voltage appliance, with a 12V or 24V lamp, powered from a trusted power supply (you want a current limit that actually works).

Devices should be listed and approved by a recognized testing agency / authority, such as UL (Underwriter Laboratories). Anything that doesn't carry an approval rating by such an agency is potentially dangerous and should not be used.

Some great answers point out what's wrong with the design of the lamp, but an easy way to always stay safe is, always look for listed and approved devices. Devices should be listed by the agency, and approved for whatever location you'll be using it (inside / outside / etc).

Even hobby kits that give you all the parts necessary to create your own lamp use approved devices, and the instructions (when followed) result in a lamp that's safe to use.

It's often more expensive to get devices that carry a proper rating, but some of that cost is, well, the manufacturer needing to get the rating.

You could rewire it with 12V DC and easily use any number of readily-available Edison-style lamps and even keep the medium base socket. I did a search and found both filament and LED style available, so you could certainly complete the look safely.

3
How can I hang a custom lamp from the ceiling by its cord?
0
How to install this ceiling lamp
0
Is this iron pipe lamp grounded/insulated enough to be safe?
0
How do I wire this ceiling lamp?
0
How to remove this ceiling lamp cover held together with three metal latches
5
Identify this old E27 5W 230V short lightbulb
1
Can I use a 18AWG wire to connect a low current (LED) light to the ceiling?
0
Is it safe to cover a floor lamp with an Aluminium metal pie plate?
3
How do I add a pigtailed receptacle to an existing, continuously wired set up?