Why is double plate necessary in this case?

The architect proposed a double top plate with king stud, jack stud and (3) 2x12 header but would not explain why. The existing framing does not have the plate, it's just a 2x6 that sits inside a notch on the column.

What's purposed of having double plate and king stud when you can just have an LVL beam header with post that carries the load to the foundation wall? 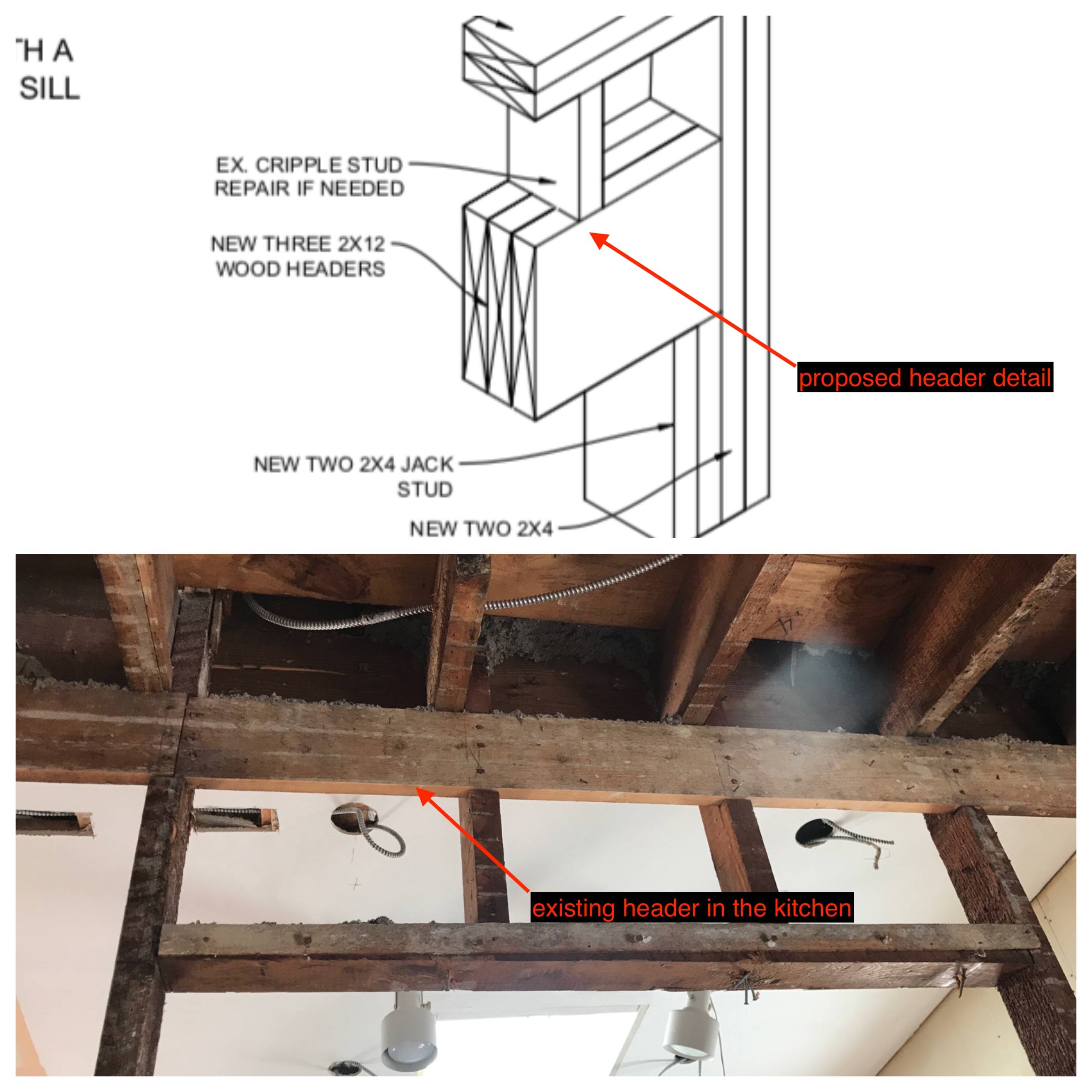 The original framing here is balloon framing. It doesn't work the same way that platform framing works. (Platform framing variants are almost universal for well over 50 years in the US.) The studs are continuous from the plate under the rafters to the sill on the foundation.

It replaced post and beam construction because it didn't rely on massive straight timbers for posts, beams, and girts. It went out of style when it got to be hard to get lumber long enough for those long studs. 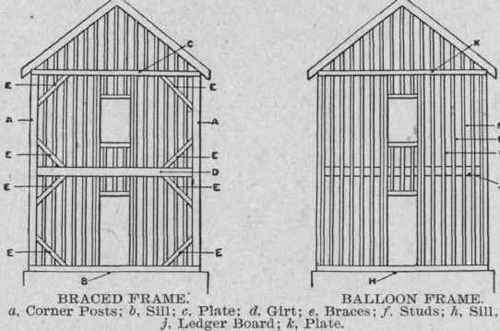 I don't have any technical understanding how window openings in balloon framing worked. If you're used to platform framing headers, some of what you see in balloon framing looks like it wouldn't work. But it has held up very well in homes built from the late 1800s to maybe 1930. The walls are surprisingly strong. They usually just have a single horizontal 2x4 spanning the small openings, maybe a doubled 2x4. (Of course in those days, a 2x4 was really 2" x 4", and the quality of lumber in general was far better.) I have seen pictures of much more elaborate methods, but haven't actually seen them in the wild. I suspect they were used in the load bearing walls on bigger openings in high end homes. 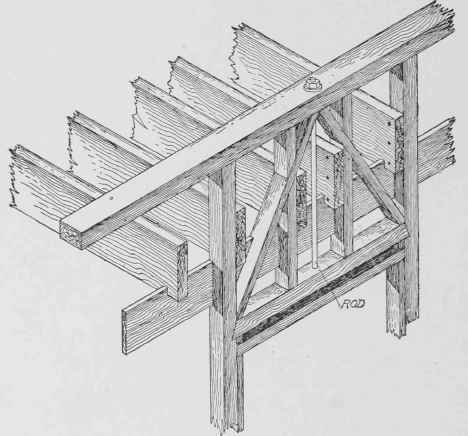 I am just guessing, but I don't think architects and engineers have a super detailed understanding of how balloon framing works like they do with platform framing. Maybe your architect figured it was better to just overbuild it rather than try to figure out what's the minimum you can get by with. They probably did you a favor - they'd have charged you more for the detailed analysis than you'd ever recover in the cost of lumber you save.

Double top plates are used to 1) tie interior walls to exterior walls (with lapped plates), and 2) creating a perimeter chord that is tied together (lapped plates) for the roof to create a structural shear diaphragm.

I doubt if your engineer did a very thorough structural analysis because your new header is greatly oversized from the original header.

However, we’ve learned a lot about horizontal forces in the last 40 years, so if you live in a high wind area, flood area, or seismic active area , then it’s just good practice (and common practice) to use a double top plate.

In addition, you don’t have much of a load at that opening because if you look close you’ll notice your existing SINGLE header has a splice on the left side which is right at the beginning of the opening... bad.

To answer your question: the double top plate is not to hold anything up, it’s to hold everything together under horizontal loading.

Mostly because it's a modern standard in wall construction. There's no motivation for an architect (or a carpenter) to cheap out for a little bit of wood on a one-off basis. It may not strictly be necessary here, but the cost of a couple boards is less than that of the professional time spent deliberating the issue.

Not the answer you're looking for? Browse other questions tagged structural beam or ask your own question.

1
Is a sandwiched beam made out of 2x4s laid flat a suitable for a 15' span that doesn't carry a load?
2
Is a double 2x4 beam adequate for a 64" opening?
8
Structurally required? I-beam support under stair opening header
0
Post and Beam sizing for 10x10 shed workshop?
2
Adding blocking between joist to support column?
3
MC Cable through double 2x4 top plate