I have three wires coming to the existing, very old, thermostat:

I have multi-meter, is there anyway I can make the Ecobee 3 work with this setup?

EDIT in response to ThreePhaseEel in particular.

Folks thanks for the interest in helping me with this.

The other end of the thermostat wire is complicated, and I didn't mention that the system has two zones (see Picture 1). 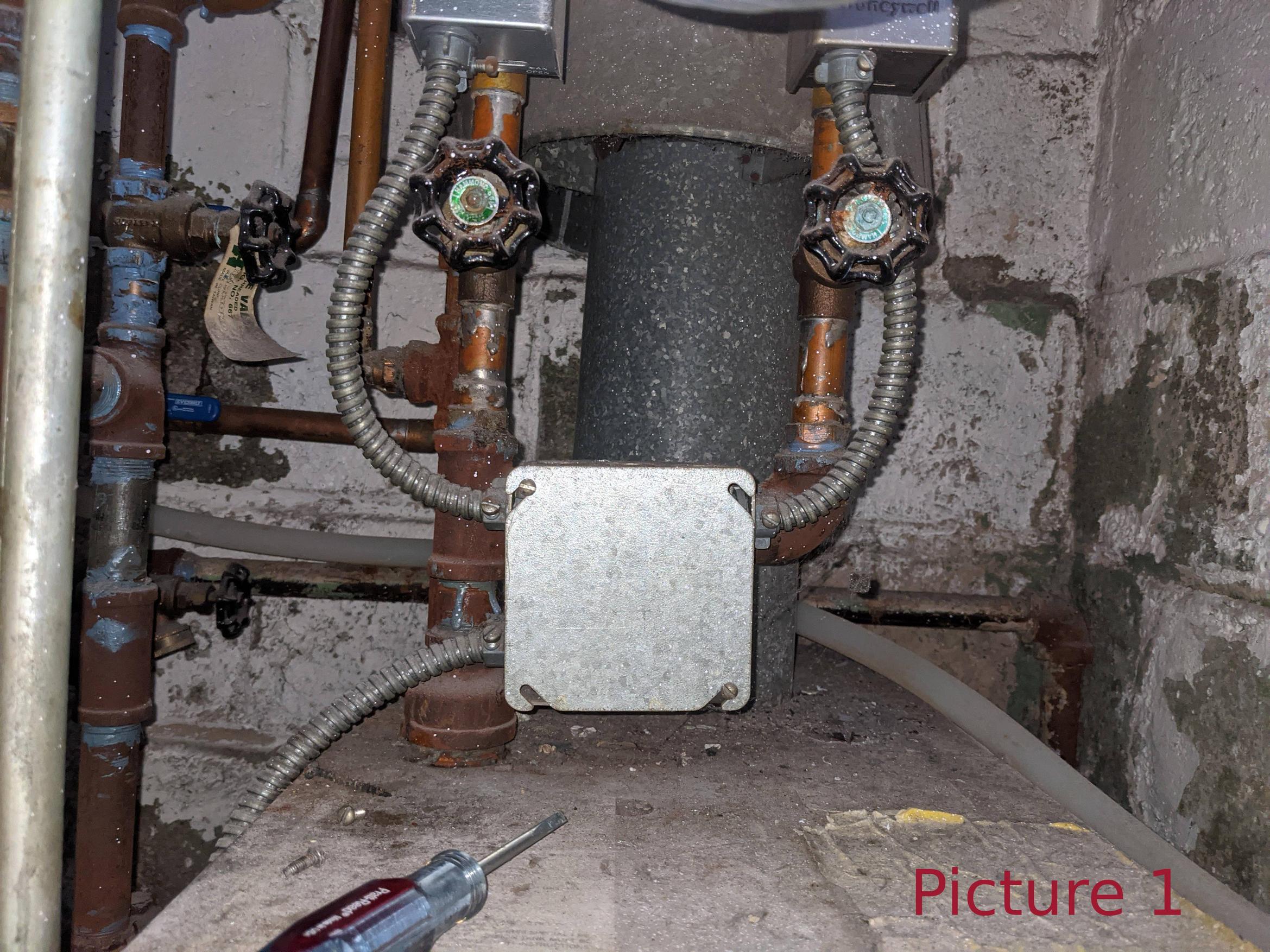 I thought all I had to do was find the other end of the existing thermostat wires, for the zone I care about. That has not been so easy. See the boiler wiring (see Pictures 2, 3, 4) 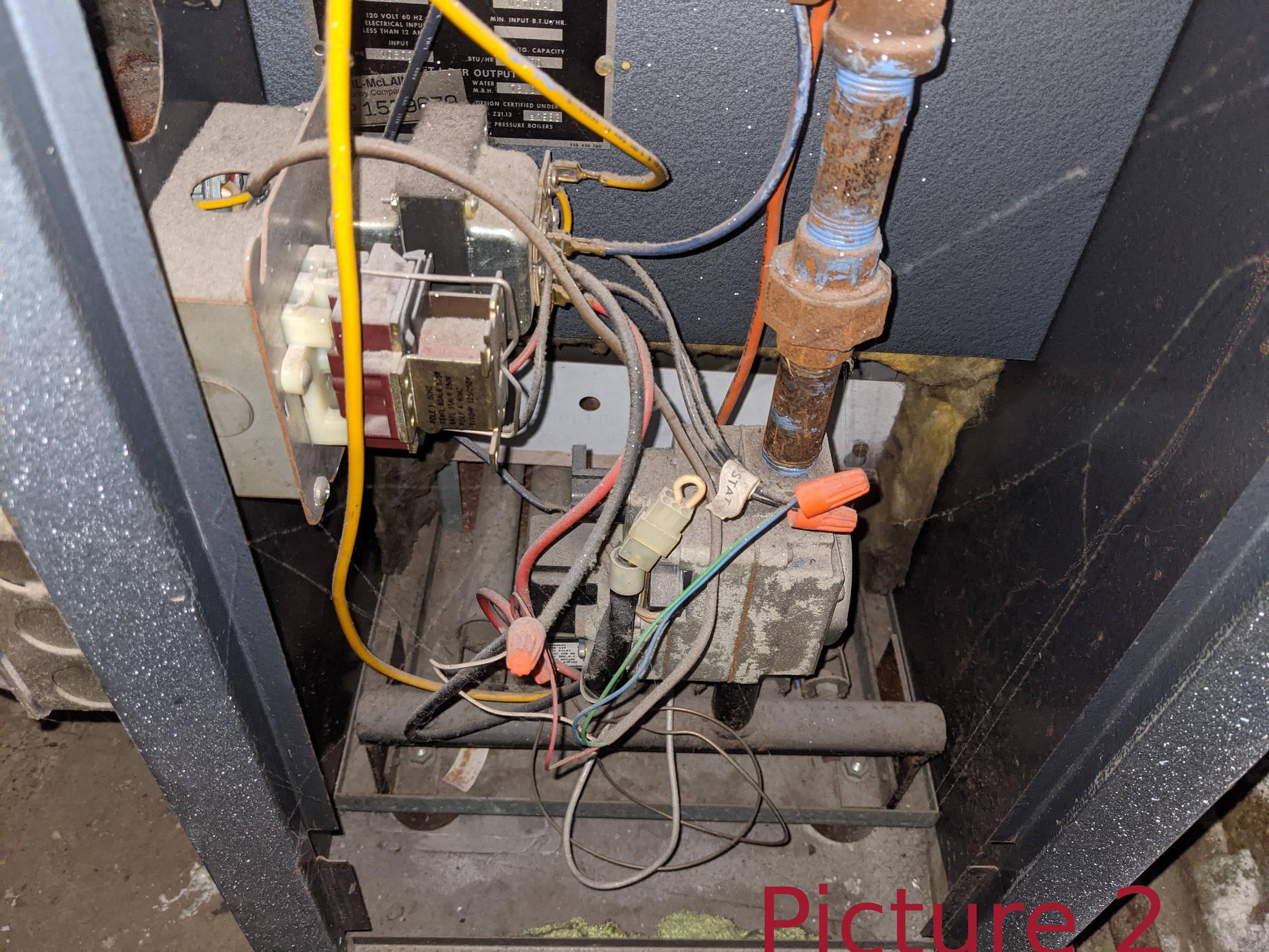 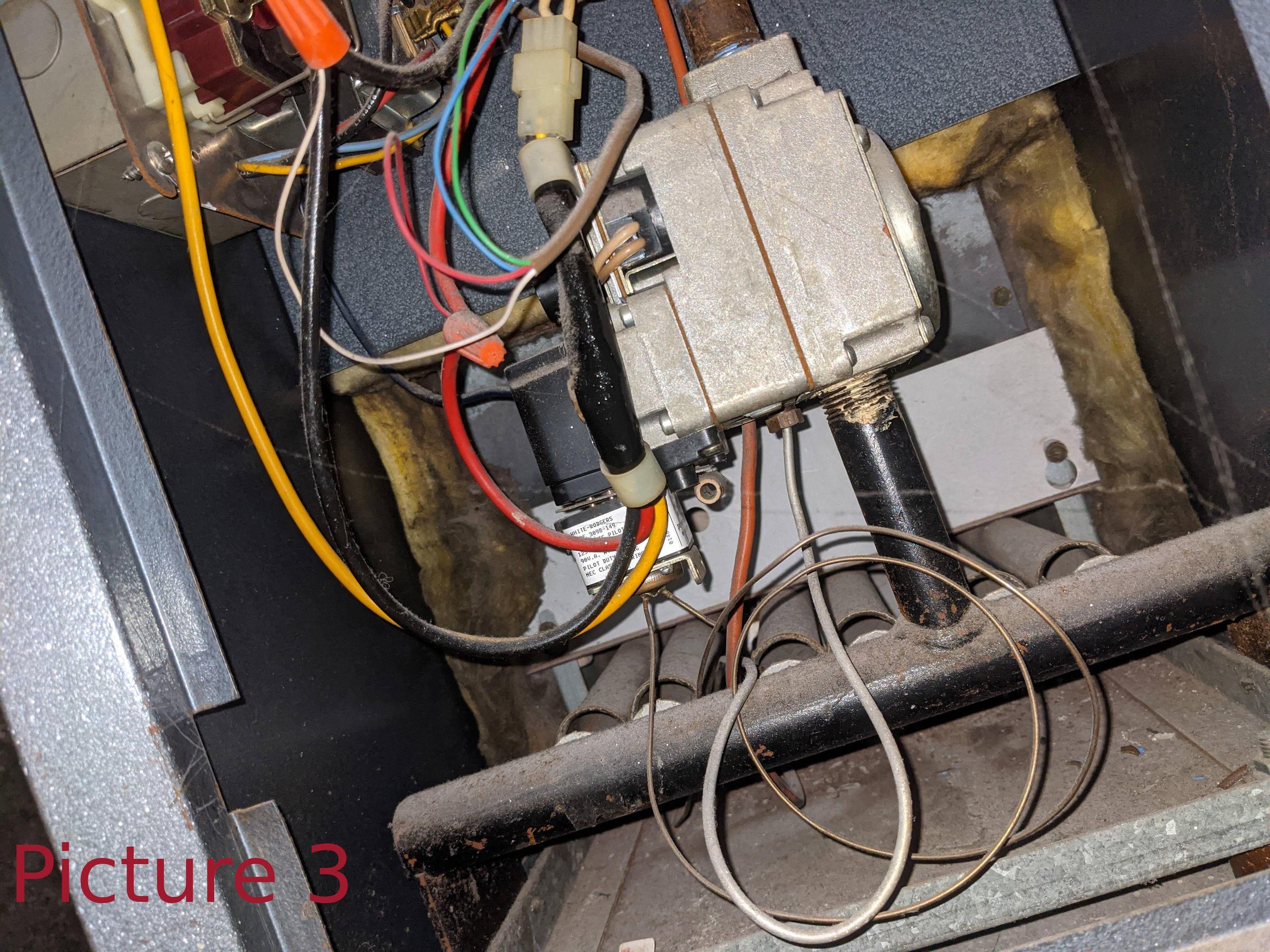 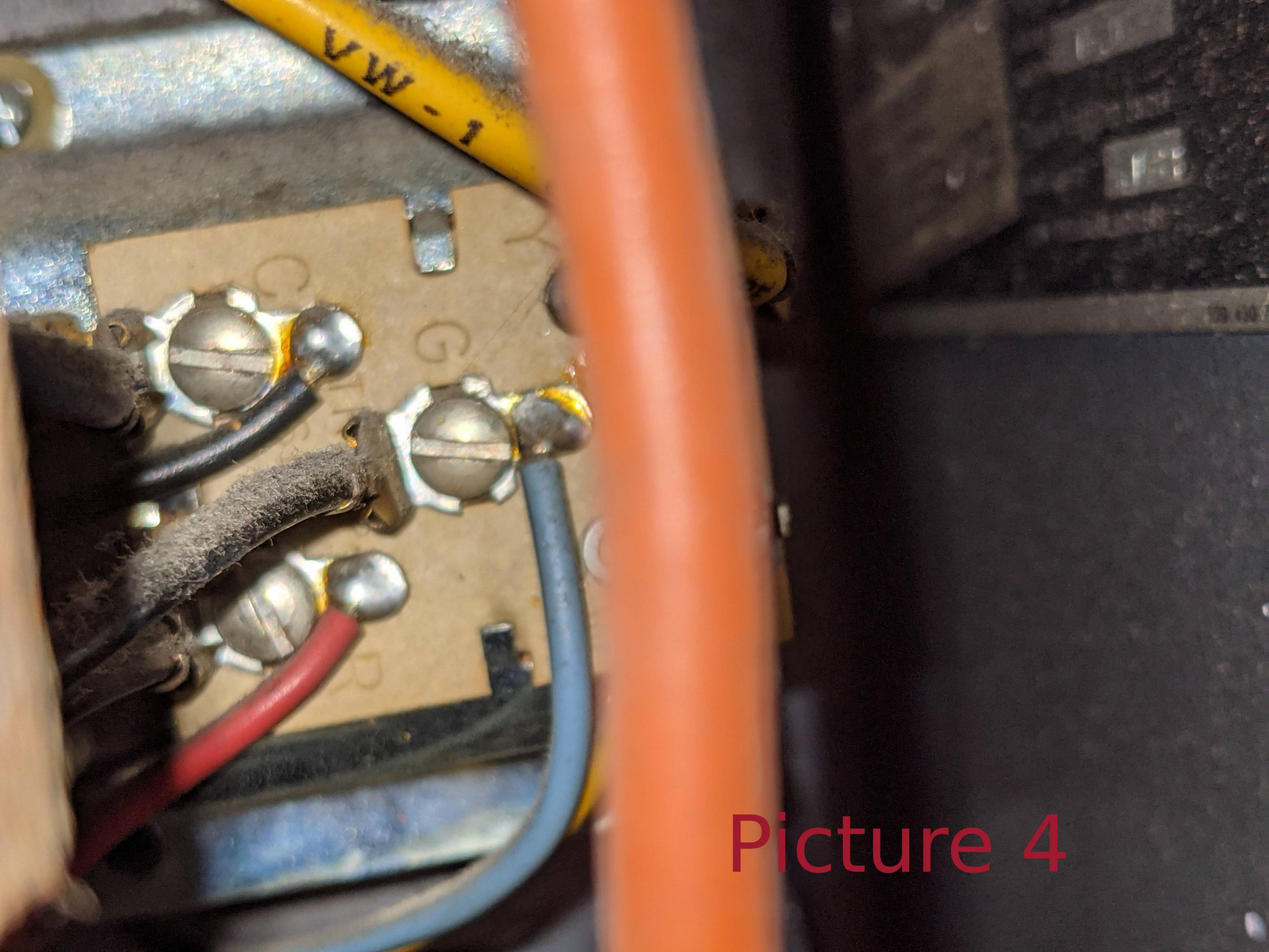 I can't tell where the end of the thermostat wire for the zone that I'm interested in is. There's a brown wire that I think is typical thermostat wire, but it doesn't have the right wire colors, and originally, I thought it was for the other zone. 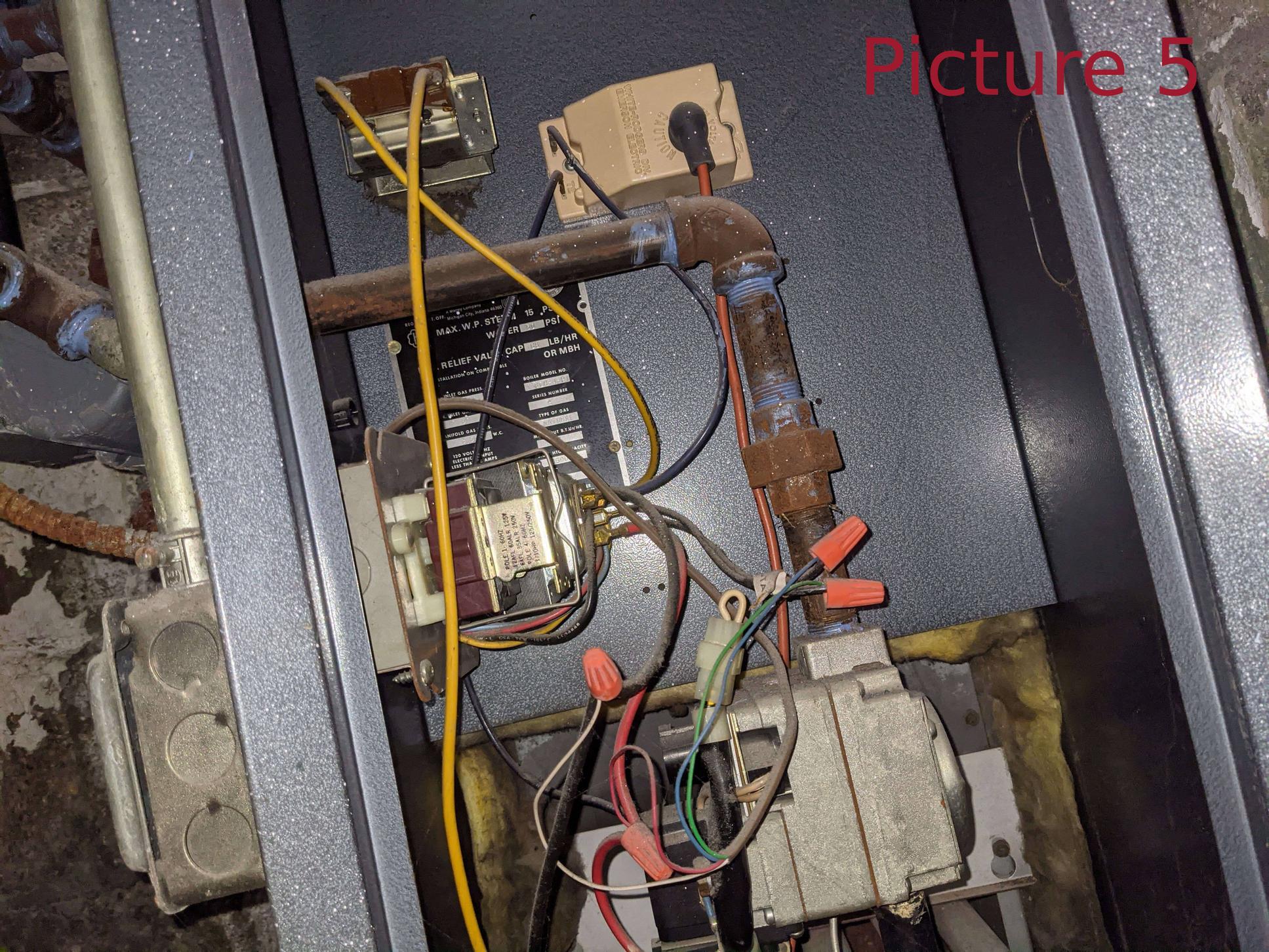 would have 120AC as well as two theromstat wires in it, one for each zone, and I would see the red wire there, and I'd just test for continuity. Instead, as seen Picture 6: 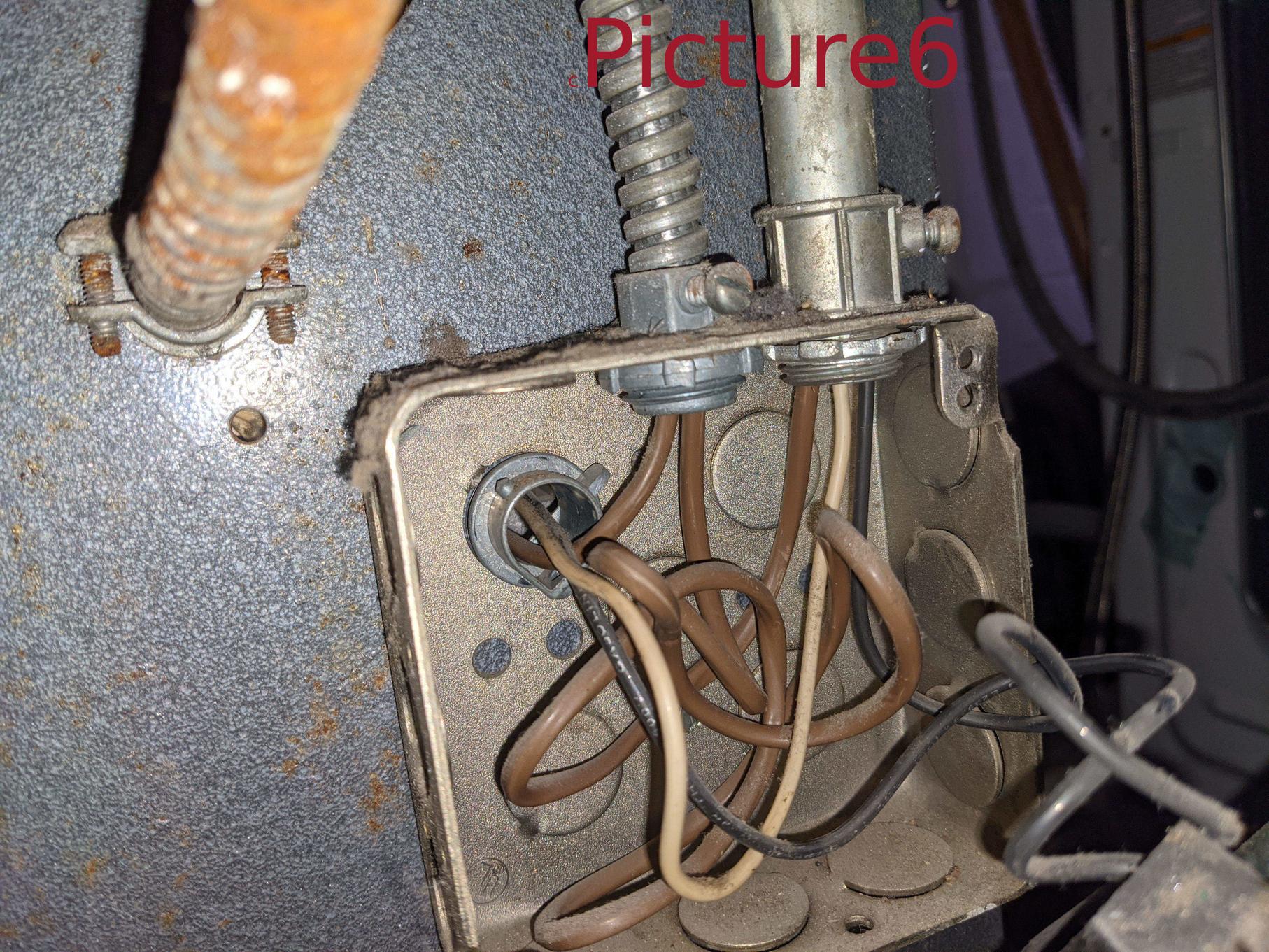 it has a thermostat wire and a white and black wire. The black and white wires look like power (120VAC) to me based on the gauge.

My goal was to simply to connect the unused red wire to either an obvious common (does that make sense), or buy a 24VAC transformer and attach that to the red wire. But I can't find the end of the red wire (or the other for that matter).

Any thoughts? I thought I was starting to "suss it out", but instead, I'm back to square one. I can't even figure out where my existing thermostat wire is coming into the boiler picture.

EDIT in response to ThreePhaseEel in particular: I'm sorry, should have uploaded this already; see wiring diagram below. 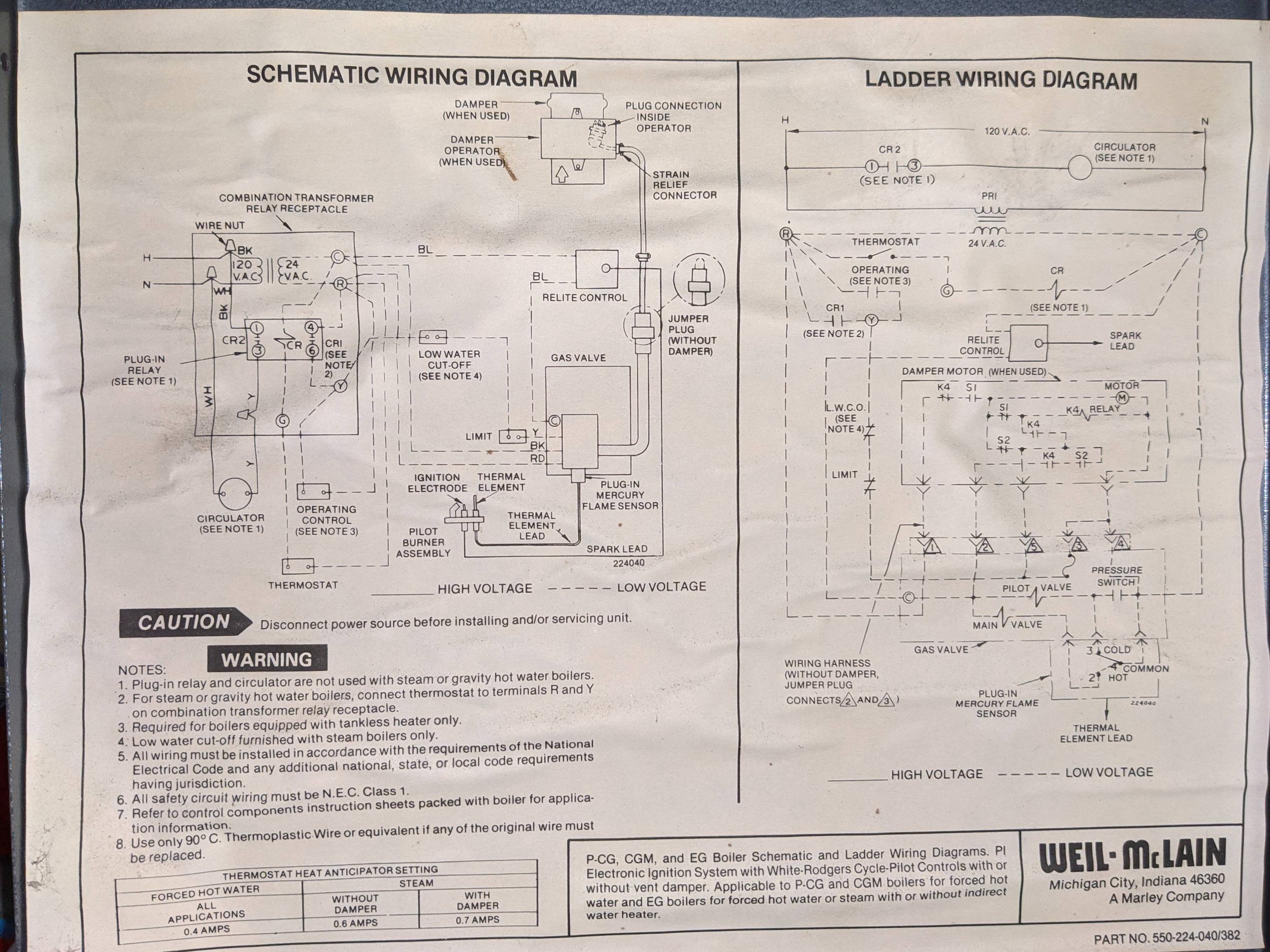 Unfortunately, your old thermostat likely did not have power going to it, just sense lines that closed a circuit when the mercury switch attached to the thermostat closed. All of the "cool" new thermostats require power and a neutral line (so minimum 4 wires). Is there any way you can get power to the planned install location? they make 24V plug in transformers to do this, here is one transformer option; then you can use the existing wires as needed assuming they are get-at-able from both sides.

According to your wiring diagram, what's depicted in Picture 4 should be the transformer/circulator-relay combination unit shown in the wiring diagram, which provides a handy-dandy 'C' (Common) terminal for you to connect your spare thermostat wire to. So, simply land the wire there, with power to the boiler off of course, and button up the junction box on the left if you haven't already, since all it has in it is mains wiring, which has nothing to do with the thermostats. You can then close the boiler back up and hook up your Ecobee with black to R, white to W, and red to C. Once the thermostat is hooked up, you should be able to turn the boiler back on and enjoy your new smart thermostat!

As to the theory behind this

Your old mechanical thermostat was indeed just closing a switch, but it was actually connecting power (24VAC from the transformer on R) to the "call for heat" connection (W terminal) when it decided heat was needed. As a result, since you already have constant-hot there, all the Ecobee needs to power itself is a return path independent of the call for heat wire, and the C terminal on your boiler provides just that.

Not the answer you're looking for? Browse other questions tagged thermostat thermostat-c-wire or ask your own question.

0
Where to connect my “c” wire on the boiler side. Weil mclain gas boiler

0
Need help adding a C wire for a wifi thermostat
0
Help me to find C wire
1
Red Wire labelled as 'Common' in HVAC
1
Why are the white and orange wires both connected to my thermostat's W terminal?