Cause of white rot on floor joist

The structural floor system on the 4th and top floor of a house in Rotterdam that was built in 1906 consists of 20cm x 7.5cm wooden joists which are spaced at 67cm center to center. There is nothing between the plaster ceiling and the wooden floorboards. 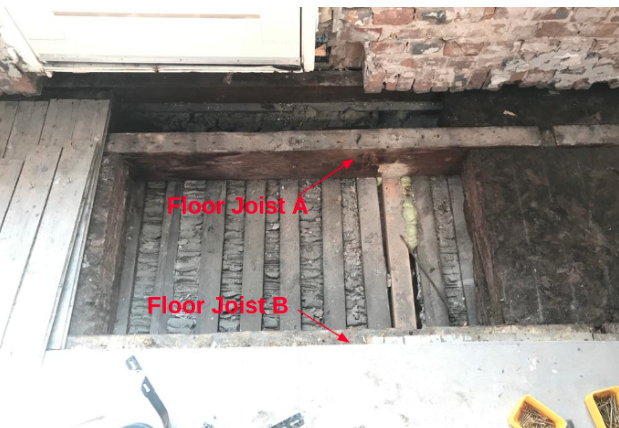 After removing the floorboards (already done in the photo above Note, the insulation in the photo above was just added, it is part of the reason I am removing the floorboards) and inspecting the floor joist I found some white spots on them. I believe these spots is white rot. This white rot occurs at the same location on the two floor joists which are visible. It is directly above a 12cm x 7cm wooden beam girder which was installed in the early 2000s. 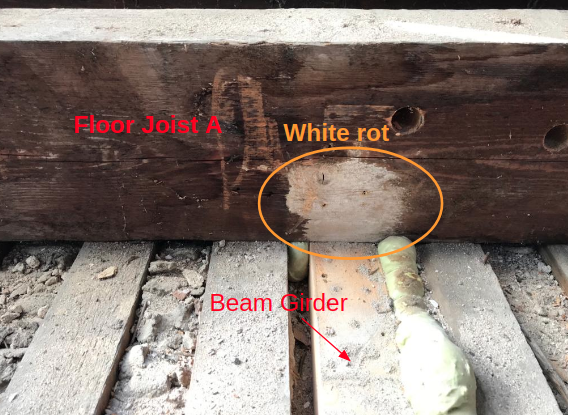 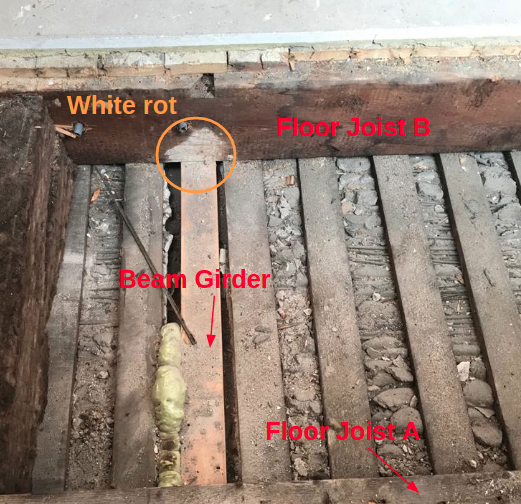 In the early 2000s the house was renovated. A mason wall on the 3rd floor was partially removed to allow for a more open kitchen. The 12cm x 7cm wooden beam girder was installed to replace the mason wallâ€™s role of supporting the floor joists. Note: Wooden beam girder covered by drywall in these images below. 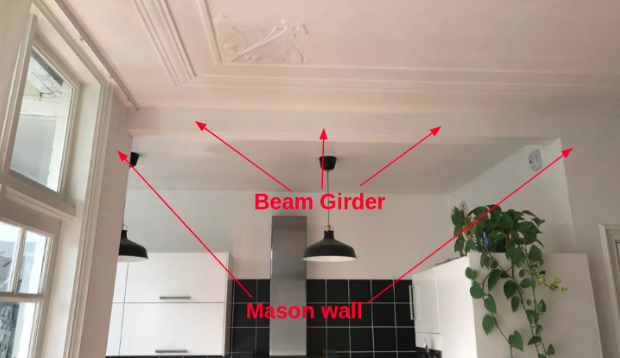 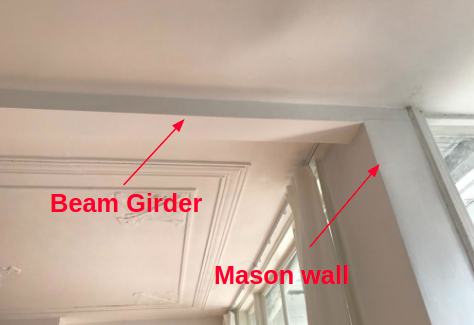 After brushing the wooden beam with a wire brush the white rot was able to be removed, it does not seem to have caused any structural damage. 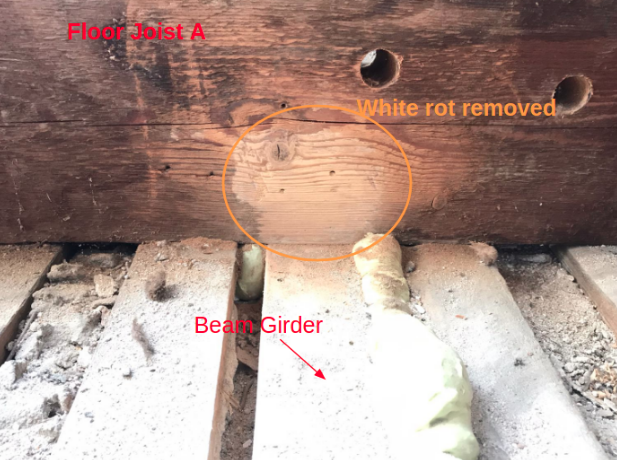 What do you think caused the white rot?

Iâ€™m hoping the white rot was caused by the 12cm x 7cm wooden girder beam having a bit too high of moisture content when it was installed. The moisture from the girder beam got into the dry floor joists and caused some white rot. This rot wasnâ€™t able to grow any further since there was adequate airflow in the 20cm tall cavity between the floorboards and ceiling.

As discussed in the comments the cause of the white dry rot had something to do with water and moisture.

Since the damage was only on the surface, there should be no reason for grave concern as long as the area can stay dry in the future. To prevent further potential rot this terpentine based lead-free paint was used to treat the three reachable surfaces of the beam. This should be enough to prevent future rot. 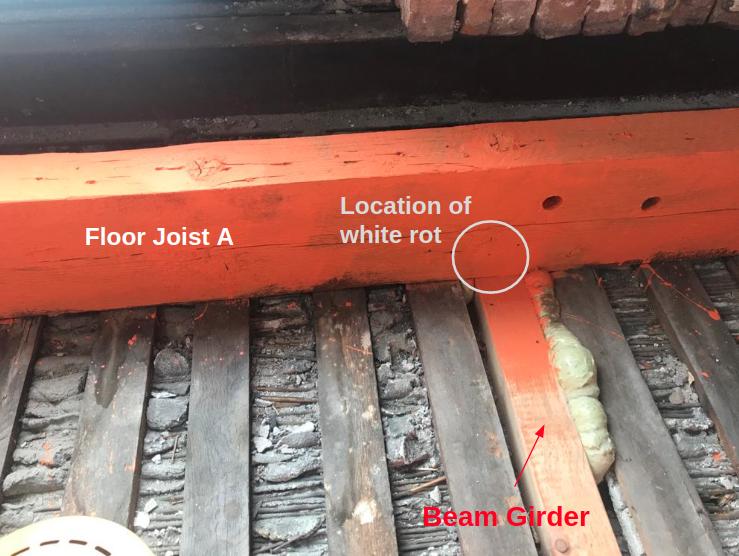 Not the answer you're looking for? Browse other questions tagged wood dry-rot rot or ask your own question.

2
What should be done to check the capacity of a 100+ year old wooden floor joist?
0
Can a vapor barrier follow the profile of floor joists?

8
Does siding rot propagate upwards?
1
Repairing rot in window framing
6
What to do with post with dry rot?
2
Exterior wood rot remedy for beam
5
Deck Posts Were Covered With Dirt, Dealing With Rot
2
What should be done to check the capacity of a 100+ year old wooden floor joist?
0
Recommendations on how best to repair this wood? Is it wood rot? How early or late stage is this?