I have a solid state electronic ballast that houses T12 Fluorescent tubes. Recently one of them burnt out and I want to change it to LED fluorescent tubes. I bought 2 Phillips universal fit tubes. I decided to remove the ballast to get real energy savings.

I followed multiple YouTube videos on the bypass process, but it isn't working for me. Every time I turn on the lights, nothing happens.

Can someone please point out what I'm doing wrong? 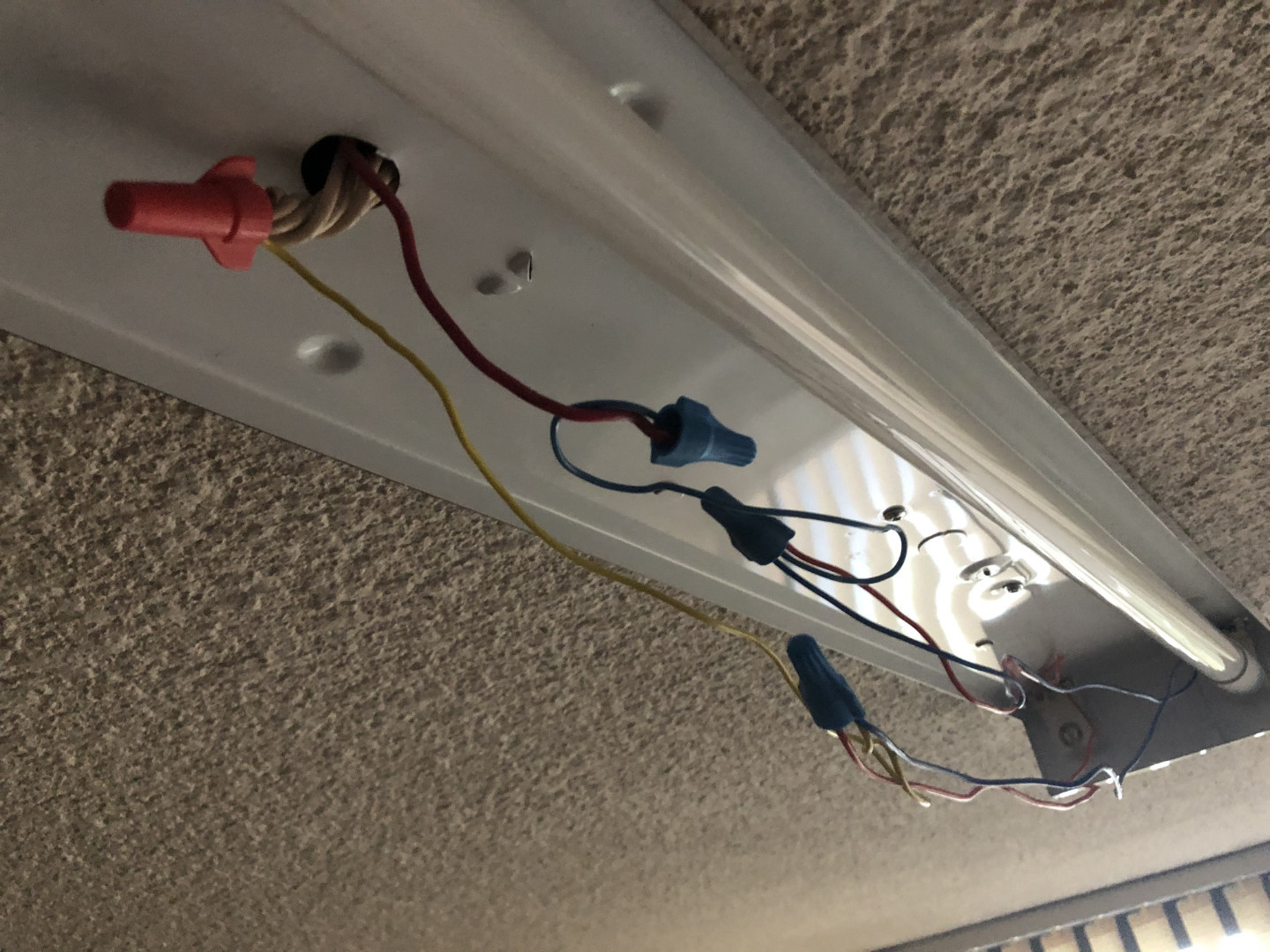 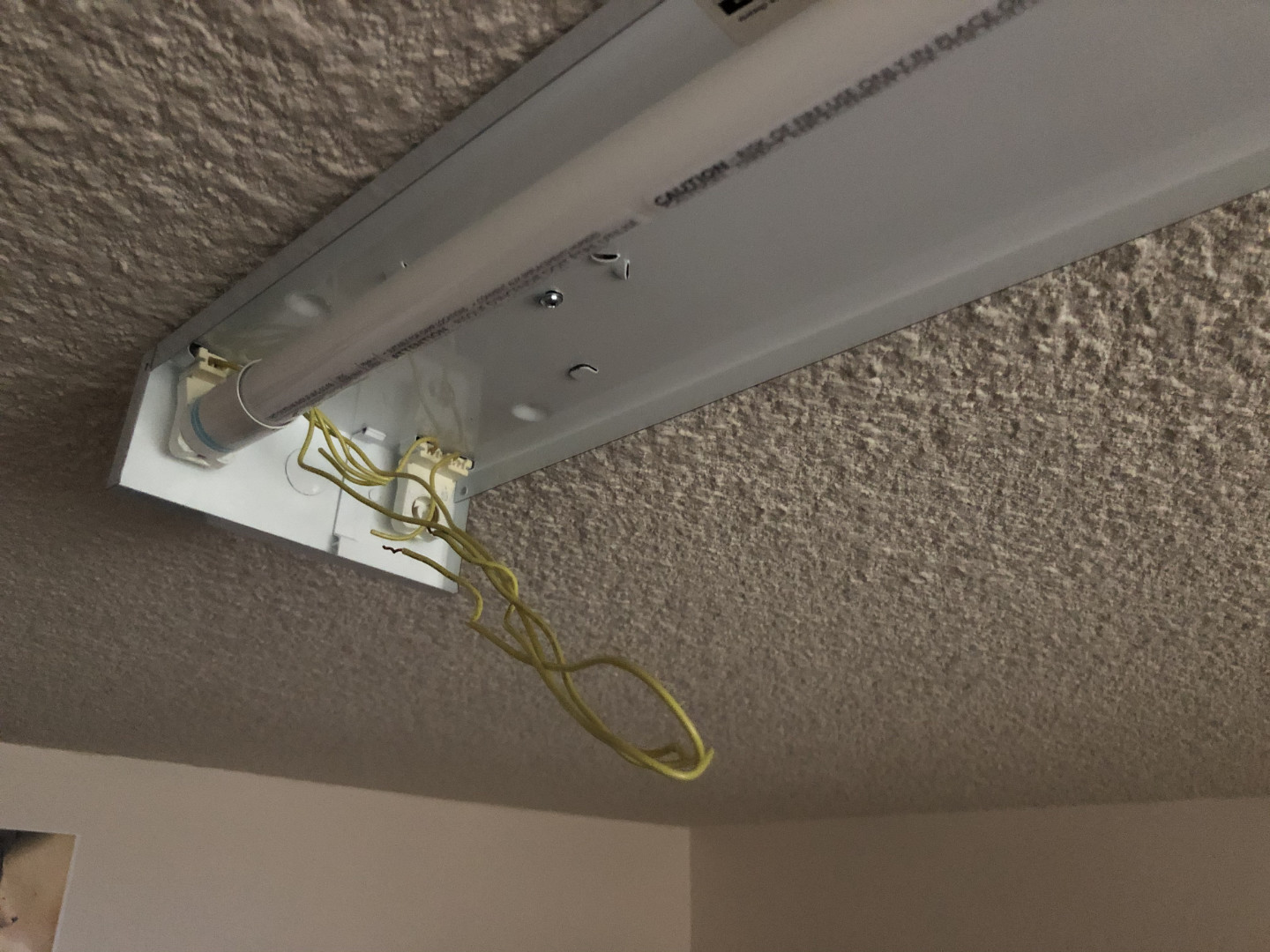 NEC 110.3(B) Installation and Use. Listed or labeled equipment shall be installed and used in accordance with any instructions included in the listing or labeling.

You did not read the instructions, so you broke the law. I know because if you had, it would have worked (or you would have realized you bought the wrong thing).

There are at least four kinds of LED "tube" on the market.

As you can see, there's a lot to this.

The root of your problem is that you coasted on your assumptions and relied on a bunch of jackasses on Youtube. I realize many of us grew up with Walter Cronkite or Anderson Cooper being careful, reliable reporters of truth, so it's easy to get stuck on "Anything on TV is quality and well-researched". LOL not on Youtube.

Youtube is a sea of morons, and that's for a reason: Youtube is monetized. Content producers that get big enough can make 6-7 digits, get your gold Youtube plaque and quit your day job. Every starry-eyed jackass with a camera is rushing to turn their channel into that. They crank out lots of content in a big hurry, just to be first to a subject so they have more time to collect views and viewers, which is where the money is. They don't care if the information is accurate or thorough. They're not here to help you.

I don't exaggerate when I say "morons", that's part of the schtick: If you just try to do a straight informational channel with no jackass antics or clickbait thumbnails, you don't get views and it doesn't pay. There are much better videos that explain all of the above, but they don't get clicks so they don't rank so you didn't find them.

Now that you know what to look for, you can take this back to the shop and find some opposite-end direct-wire (or universal) LED tubes.

Or you could go ahead and install a real T8 ballast and convert to real T8 fluorescent, which will be more straightforward. If your fixture has 1 wire going to each tombstone, get an instant-start T8 ballast. If 2 wires, get a rapid-start or programmed-start T8 ballast. Wire according to the instructions and diagram. Then you can use real fluorescents or the Plug-n-Play "tubes" you do have. The 90 CRI real fluorescent tubes on the market now are the best light made.

Looking at the Phillips web site it states replacement tubes no rewiring needed. I do not see anything that states universal. Universal usually have the info on single ended or double ended.

This is why I say UTube can get you in trouble sometimes guys do not know what there doing. Some times they make it look like they did something getting you to follow their instructions blindly and blow things up.

Not the answer you're looking for? Browse other questions tagged led ballast or ask your own question.