Ok so my wife and I bought our first condo. It was built over 100 years ago but has some modern renovations and some early 90s renovations.

There were two light fixtures we hated so we shut the breakers down and took down the two of them and saw the wiring. One was straightforward it had a live controlled by the light switch. A respective neutral, a earth/ground connected to the bracket and some extra two black live wire tied together and and a blue and red live tied together not hooked up to anything and not controlled by the light switch that I assume are part of some whole house connection I heard about that is sometimes done with electrical wiring.

Here is a picture of the easier to understand fixture, this is in my dining room. The live wire controlled by the switch has a blue cap: 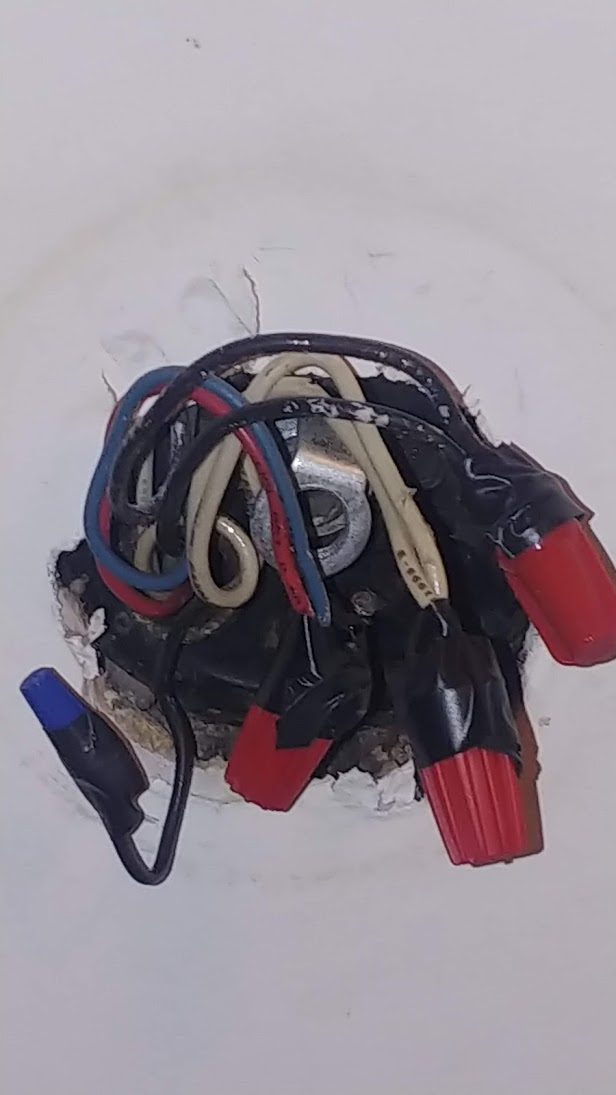 However the other fixture is confusing. This one is in my main entryway Foyer and when we bought the condo we actually noticed and our inspector noticed that the light connected to this fixture just didn't work. Also there was a switch nearby that appeared to not control anything so the inspector noted that we should replace the bulb and if that didn't work call an electrician. 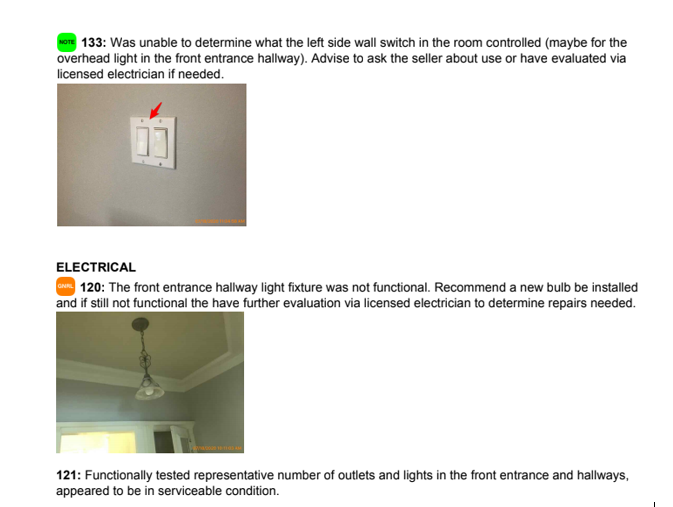 Anyways obviously replacing the bulb didn't work and when I took the light down I saw that live was connected to live (blue and two black), neutral was connected to neutral and what appeared to be earth was connected to another live wire that was by itself and blue. I tested these with a non-contact tester and a multimeter. I can't seem to shut any of the wires off without using a breaker.

Here is the picture I am actually asking a question about: 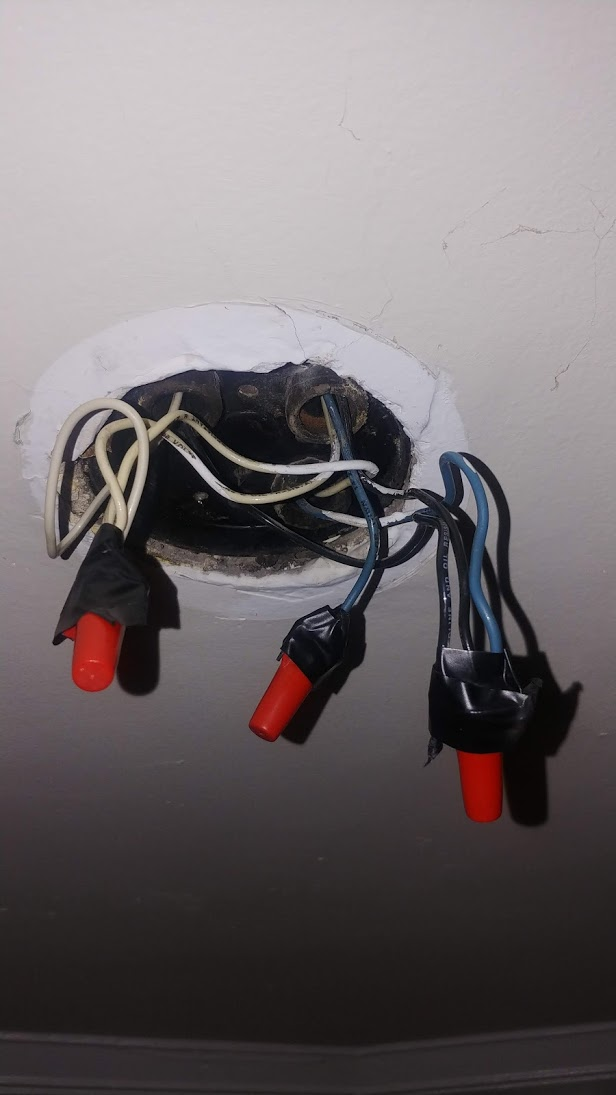 I need to know what I am dealing with here. If someone can't help me a bit online how much can I expect to pay an electrician for this kind of work? Additionally I would like to note the inspection report got it wrong he must of misnoted on the report it is actually the right lightswitch not the left I can't figure out what it does.

I can throw a fixture up there and connect it to the stand alone live wire but then that fixture I think would always be on. Maybe I could get a smart fixture or something but I still want to understand what I am dealing with not just blindly install a fixture. Also the old fixture wasn't working so likely was installed wrong or broken anyways.

I want to install a 30 dollar IKEA NYMANE LED light in the Foyer. I want to install a Hunter ceiling fan in the Dining room. The NYMANE is easy to install I could probably install it in the Dining room if I wanted it to go there the problem is I want it in the Foyer. The Ceiling fan is a bit tricky cause I am not sure what my fixtures would support. I have a standard crossbar I took out of both fixtures... Does a standard crossbar support a ceiling fan?

We ended up hiring an electrician. For the Foyer he ran a new switch wire and setup the wall outlets that were controlled by that switch to remain always live. So now that switch only controls that light.

For the fan since we didn't have a fan supporting box installed it needed to be reinforced with tapping screws then assembled to the wire I indicated.

Not the answer you're looking for? Browse other questions tagged electrical light-fixture ceiling junction or ask your own question.