Ask Question
Asked 5 months ago
Active 5 months ago
Viewed 61 times
0
Closed. This question is off-topic. It is not currently accepting answers.

Also I have doubt on ratings of panel, charge controller and battery too. 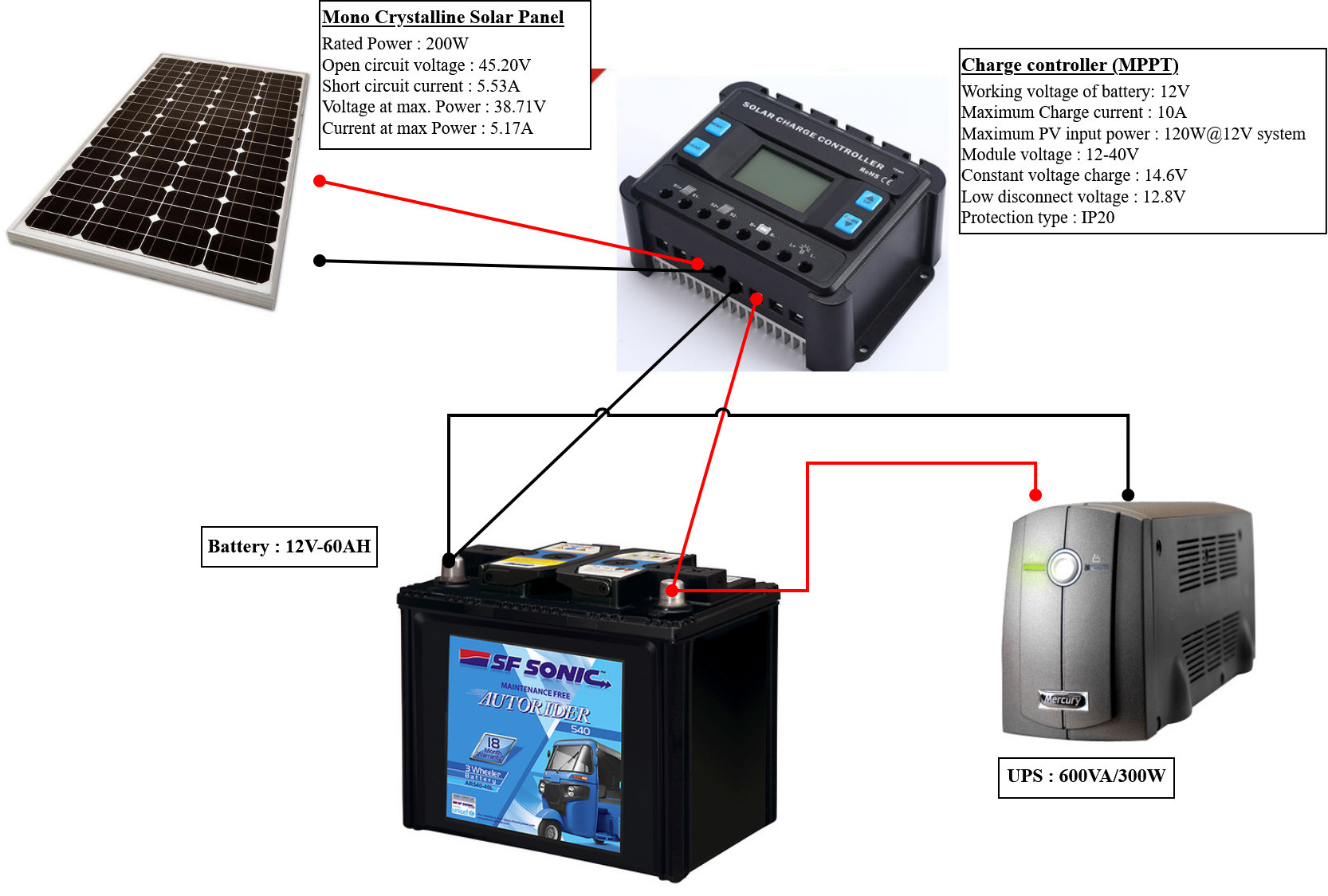 Because you're doing it with the power on.

That is to say, during daytime. The arc should go away if you turn off the solar panel. Either throw a tarp over it or wait til night.

Also, try to get out of the inverter business.

As far as quality ratings, that's on you. You can choose to buy quality stuff or save money, and you endure the result of that. I can tell you "cheap Chinese" isn't anymore; they now charge retail prices as high as 95% of the genuine/quality units. Paying a lot is no longer an assurance of quality.

As far as sizing the system (how big solar vs how big battery vs loads), that is the usual place people go wrong, because they have not bothered to learn the concepts.

It takes some time. Hang out on off-grid solar power forums and such. (SE isn't the right forum; we don't field nearly enough questions about off-grid). You'll get exposed to a lot, such as "don't use more than 1/3 of a lead-acid battery's capacity", what a watt-hour is, how much common loads take (modern refrigerator: 1000 watt-hours per day), how to size solar panels to allow for winter and cloudy days, battery versus your expected draw, etc.

If you want to avoid it you could attach a resistor in series for a minute before connecting directly.

By the way, most UPSes are terrible .vs. a "real" inverter, IME - since you appear to be attempting to use a UPS as an inverter.

Not the answer you're looking for? Browse other questions tagged solar-panels battery ups or ask your own question.

2
Fuse replacement in Xantrex solar charge controller
2
How can i set up a Solar Panel to charge a 12v DC car battery and power a Raspberry Pi?
0
Solar charge controller wiring
0
How do I hack cheap garden/solar lights to make a remote solar panel array?
3
Solar backup system, advice needed
1
Is Having Multiple Charge Controllers on a single 48V System/Battery Bank a “Bad Idea”?
1
How should I connect my solar panels to each controller for optimal performance (series or parallel) without buying new charge controller?
0
Solar panel setup with battery
6
Adding critical-loads sub-panel with a PV install, rationale and ampacity calculation
1
Solar Charge Controller and grounding the battery