Why did my generator trip the feed breaker in the subpanel?

I converted the generator to floating neutral and it still happened. 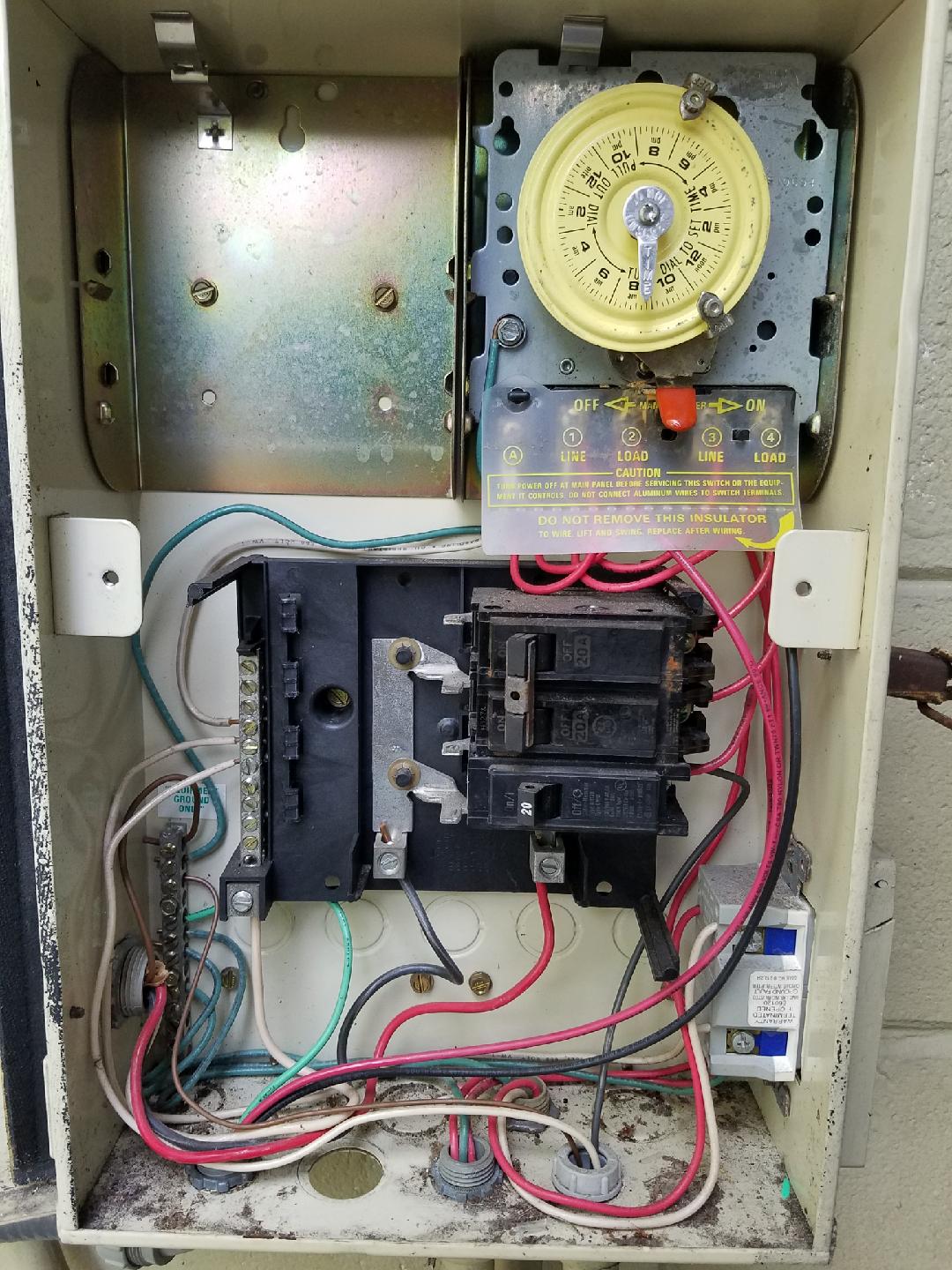 You need a mechanical device that positively ensures the generator cannot backfeed the power grid.

You cannot replace this with a checklist, or with "being super smart". The rest of us need to do that, and you are not smarter than the rest of us - especially not during a power failure when you're running around trying to get the lights back on, in the dark, in the rain.

If you doubt that, consider the difficulty you're having solving this problem, in good conditions. You are not Superman and you CAN make mistakes. The interlock's job is to ensure those mistakes don't kill someone. And it is mandatory.

So the idea of backfeeding your pool subpanel is Right Out, because it makes the proper interlock impossible. You are either going to have to

Yes, I'm aware that's exactly what you're trying to avoid. The rest of us don't get to do that, neither do you.

I say "permanently" because there is nothing wrong with doing permanent and proper wiring seasonally, as long as it is proper and to Code.

Now, if you get us some information about your main panel, we can guide you to some good choices in generator interlock. (We're not normally a shopping site, but we can give some guidance).

Because power flows both ways, as you well know from your efforts to backfeed the pool sub. It also backfeeds out onto the neighborhood grid. It also backfeeds through transformers. When you energize the 120/240V side of a 120/240--9600V transformer, the high side of the transformer energizes at -- anyone, anyone, Bueller? Correct, 9600 volts.

And that's how you kill linemen with a Harbor Freight generator.

The problem is probably that you have too many loads in your house, you will need to turn off some circuits.

New here but I have some possibilities:

First have to say you definitely can't do this without an interlock!

Taking the your statement at face value - that all breakers are off (and not defective) suggests one possible scenario: The generator could have a miss-wired cord/socket, or plug. If the neutral is switched with a hot pole, it would feed the system ground with 120V (through the bonding or ground rod systems). Although this would not explain the breaker tripping in the main panel.

I think here should be a ground rod for the pool. If the resistance of the grounding system(s) is less than 4Ω, and you have a wiring fault, it would draw more than 30A. I am wondering if the breakers tripped immediately when the neutrals were tied, and tripped slow and loaded the generator when you isolated the generator neutral?

Check all your plugs and sockets' wiring for proper wiring. Try volt checks to confirm they are right; THEN, try and see if there are any sneak loads you missed...

Bottom line is something is not exactly as described; actual connections must diverge from what you think it is, or a faulty device somewhere. It could not do what it is doing, if it is actually as described (or has a wire shorting or miswired or a device fault).

[EDIT]: Thinking this through more thoroughly, a ground loop would not explain the breakers tripping if the generator was wired wrong. This only leaves a load you overlooked, or a fault in the wiring. (speaking practically). Make sure you don't have a main lug feed (terminology?) coming off the main panel buses, and connected to a load you missed.

If all your wiring checks out, the I would not move wiring too much or you may loose the fault you are trying to pinpoint (the problem could 'go away', only to appear again sometime in the future!). I would check the main panel buses and pool box breaker for voltage first (for safety), to be sure everything is off/isolated; then ohm all ways to see if there is a fault somewhere.

The only other (unlikely) possibility is if there is a defective breaker that does not open (shut off). You stated you are using double pole breakers (not 2 singles), so it should not be possible to stab them on the same poles...

[I would not rule out a main breaker that did not open one pole; however unlikely it could be possible]

Again, I emphatically second with Harper - Reinstate Monica and others have stated: You MUST have an interlock method!

Not the answer you're looking for? Browse other questions tagged grounding neutral or ask your own question.

7
How to add a gfci and surge protector to pool pump line?
3
Move grounds to subpanel when I moved 8 single pole breakers to same subpanel?
2
Grounding sheds and garages
2
Grounding subpanel
1
GFCI in a 3-wire sub panel with bonded neutral and ground
3
adding new circuit to generator subpanel without a ground bar
1
Safely possible? Back feed generator through existing 3 wire OR convert to 50A RV service
0
New GFCI to replace one that was in the subpanel of a hot tub
1
Where do I attach the Ground and Neutral inside a sub-panel?