Comcast has wired our farm so that we have two taps coming off of the telephone pole. One runs to the barn and one runs to the house. While we need WiFi access in the barn to handle security camera feeds, we don't need the bandwidth afforded by 2 taps. We also don't want to pay for two internet subscriptions.

Electrically, the two taps configuration is the cleanest. When I spoke to the Comcast engineer, he said that there was not electrical continuity between the taps, suggesting that they have active HW on the telephone pole driving each tap. If I tee one tap and put two terminations on it, the signal theory says that there will be reflections off of the tee and each of the taps making the line more noisy. However, I know that you can put two cable modems on one cable, for example (See: https://forums.xfinity.com/t5/Your-Home-Network/Using-two-2-internet-cable-modems-on-a-single-service-line/td-p/3297233). What I want is slightly different:

Please note that I am aware of other solutions to this problem:

As I have considered this more, I've been thinking of it like the LAN in my house. It can have multiple routers, multiple DHCP servers, multiple connections to the internet (see, for example: https://www.mushroomnetworks.com/blog/should-you-migrate-your-2-router-2-isp-network-to-a-multi-wan-router-network/). The topology I describe would be reasonable/valid assuming I put a bridge at the point where the cable splits to house and barn.

Since Cable seemed to allow multiple devices on a single wire (is this in fact true? I thought I sited a reference where this was happening), I was hoping people would know of devices that would allow me to do with cable what I could do with my home network. 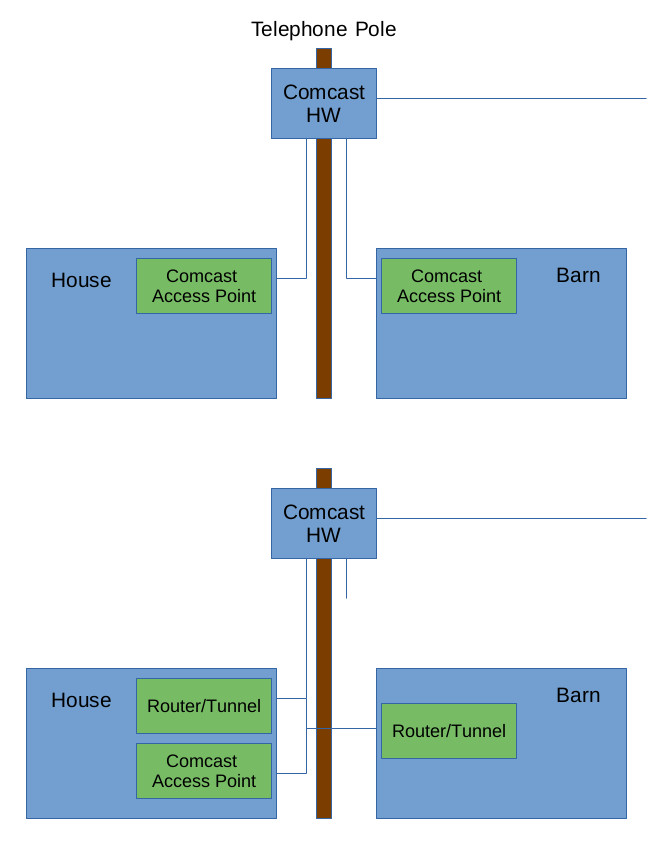 This one may be a bit tough. If I understand correctly, you really want to use the same coax. from pole to house for both incoming signal to the Comcast access point and a local network to the barn. I can't say for sure that it won't work, but I really, really wouldn't count on it. You might be able to get MoCA working, but I'm not so sure. Keep in mind that you would be throwing your own "local" network on top of what is (past the Comcast box) Comcast's network.

My recommendation would be to run another wire, or possibly fiber, from the house to the pole to the barn. Keep in mind that 500' is way over normal copper Ethernet distance, so this would not simply be ordinary 4-pair CAT 5e or 6. You could go with a line driver of some sort (there are types for twisted pair - even old CAT 3 or worse, as well as for coax.), but this might be a great one for fiber. Fiber has some big advantages:

The converters needed have gotten relatively inexpensive. Just an example, no experience with this particular brand: 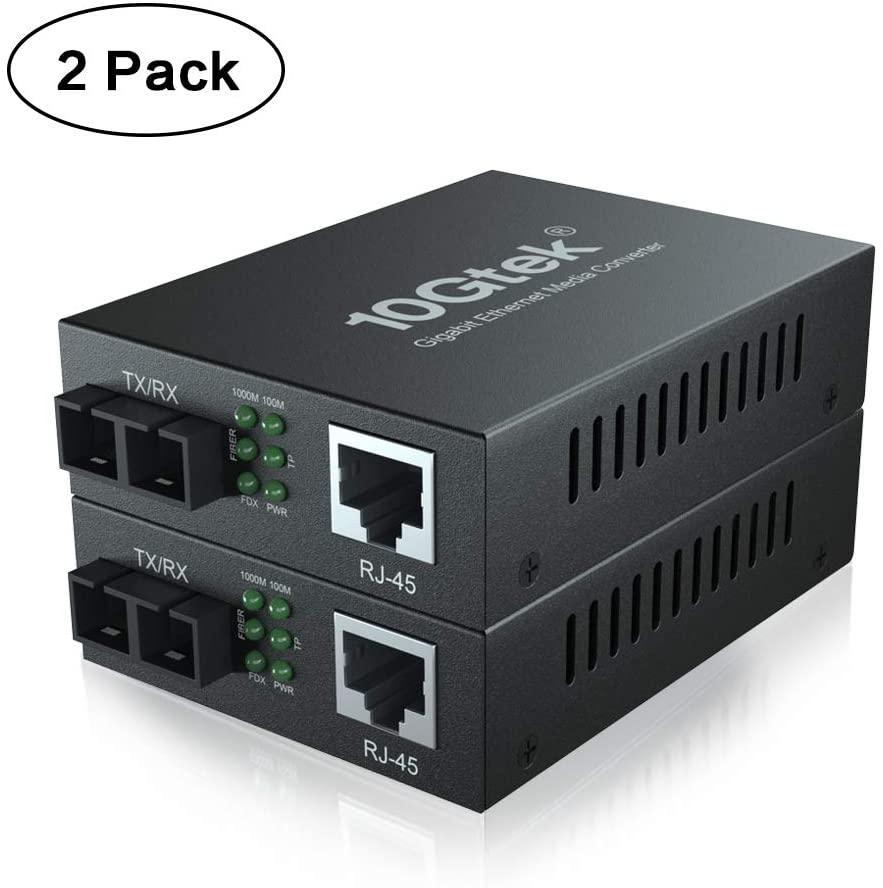 For the fiber cable, unless the coax is in conduit, you will want to look for outdoor-rated cable, possibly armored. Make sure it is the right type (LC, SC, etc.) and I would seriously consider getting pre-terminated cable rather than doing it yourself for a one-time fiber install.

Not the answer you're looking for? Browse other questions tagged cables or ask your own question.

0
How do I run an Ethernet cable through a doorway in a Mexican house built with brick and mortar?
0
NEMA 14-30 to IEC C14 power cable?
4
Is my plan for wiring ethernet reasonable?
0
Anyone have any idea what cable is this?
2
How to fish thermostat cable using an existing cable
1
What is the best practice for grounding a shielded cat 7 ethernet cable?
2
Threading cable through existing pex-like tubing
0
Identify this 12 wire cable