Fire safety for room on interior of home

I’m looking at a house that has a room on the interior (highlighted in red below) with no window/door to the outside of the area. Knowing that this isn’t fire code compliant to be considered a bedroom, what could be done to make it safer? I’m thinking about condo fire code and having a sprinkler system in the home or would it require fire extinguishers? 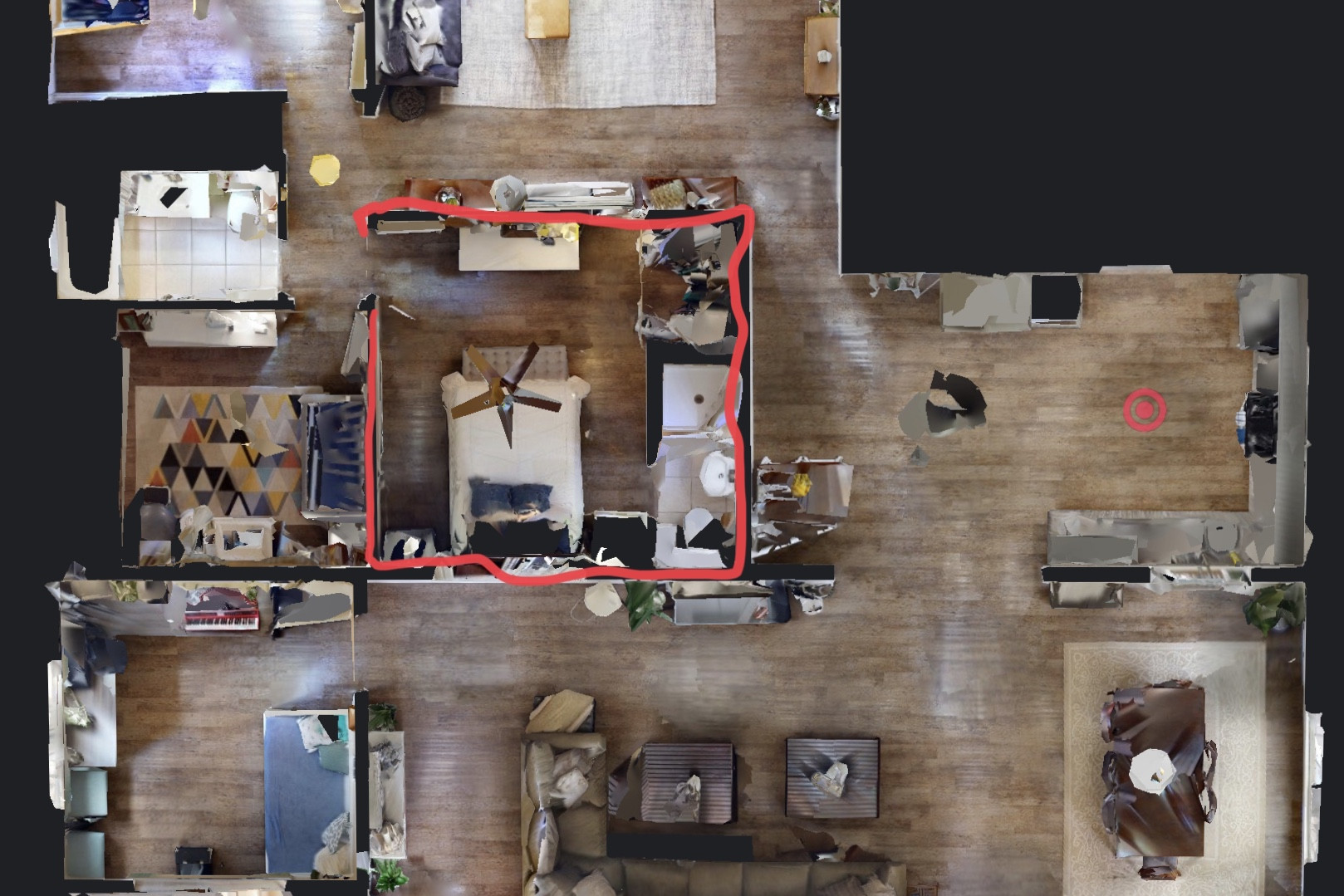 Swap the lower-left office and the center "bedroom"

The easiest fix for this will likely be to swap the office space in the lower-left of your picture with the "bedroom" in the middle, as the former is large enough to be used as a bedroom and conforms otherwise as well.

As to other approaches...

The problem with the alternative you've floated of using sprinklers to make up for the deficiency you have noted is that the governing Codes that are in use in various jurisdictions disagree about their validity. In your case, your jurisdiction uses a code (an amended version of the California Residential Code) that is based off the International Residential Code (IRC), which in R310, requires that basements, habitable attics, and sleeping rooms have an operable "emergency escape and rescue opening", normally implemented as an operable window of a specified minimum size, and only exempts sprinklered dwellings from that requirement if you're talking about a basement bedroom in a basement that either overall has such an opening in addition to a standard egress means, or two full means of egress (the latter would come into play in a walkout basement, for instance).

However, not all jurisdictions adopt the IRC or a code based on it. Instead, they adopt the NFPA's Life Safety Code alongside a local or national building code; it is even possible for a jurisdiction to adopt both the IRC and the LSC, although such a jurisdiction will likely use local amendments to cross-correlate the two. Under the LSC (NFPA 101) regime, what you describe would be permitted, as while the LSC requires a secondary "means of escape" (again, an operable window or door of a certain minimum size) from all living and sleeping spaces in 24.2.2.1.1 (which'd include your office), it exempts sprinklered dwellings from that provision altogether in 24.2.2.1.2, provided the sprinklers conform with NFPA standards.

Nonetheless, I have no qualms about recommending a fire sprinkler retrofit anyway; California has required fire sprinklers in new residential construction for years now, so you don't have to worry about dealing with daft water utilities or contractors who won't give you the time of day. Your primary challenge will be the probable need to upsize your water service line from the street to provide 15-30GPM at sufficient residual pressure for the system to operate properly, as many residential water services are only 5/8" or 3/4" in diameter and thus lose too much pressure if you try to make them flow that much water; a more practical minimum is 1", with 1.25" preferred, although this does not mean your meter has to be that large, as fire sprinkler water is not metered in most jurisdictions.

Not the answer you're looking for? Browse other questions tagged safety bedroom fire-hazard fire-safety fire or ask your own question.

2
fire extinguisher selection & sizing for home use
11
Does it matter whether a bedroom door swings in or out of the room?
7
Why is a steel security door safe if they can break the glass, slide their hand in, and unlock the door?
1
Basement egress question
2
Extension Cords - Electrical Hazards & Safety
0
lighting fire safety
1
How to put out a polystyrene fire?
0
Fire safety with polystyrene
0
How can I black out sunlight BEHIND my condo's windows and vertical blinds?