I'm trying to replace some older (late-1980s?) Leviton incandescent-only dimmers with new Lutron LED-compatible ones. There are three of them in a 4-gang box (the 4th switch seen in the pics is on a different circuit that controls a stairway light and was already replaced). Each dimmer switch controls a pair of recessed ceiling lights. The two switches on the outside (left and right--see pics) are single-pole and each control one pair of lights. The center is a 3-way that controls another pair of lights that are also controlled by a toggle switch on an opposite wall (also already replaced). The older Leviton single-poles have only two black wires while the 3-way has two black and one red wire (all hardwired--no screw mounts). I'm using new Lutron Skylark C-L 3-ways (with 1 black wire, 1 red, 1 red/white, 1 green) for all three (I can just cap the unneeded red/white wire provided for traveler on the new Lutrons per instructions in the packaging).

I've drawn a diagram to show the present wiring config. I'm guessing that the hot is coming from the black in Romex-2, which goes back to the lights (load) via black into Romex-1/3/4 (or, in the case of Switch 2 [Sw2], possibly via the Romex red in Romex-3?). All whites from Romex are gathered to one wire nut. For Sw-1/3 I'm thinking I can cap the unneeded red/white on the Lutrons and use either the black or red interchangeably to replace the older two-black config on the Levitons. I'm puzzled about how to wire Sw2 since it's a 3-way. Also, the bare grounds from the Romex are all pigtailed and screwed into the box. The old switches don't have ground wires, but the new switches do include a green ground. Do those have to be connected too, or can they be ignored (or gathered together and capped?) since, I assume, the circuit is presently already grounded.

I'm pretty much a noob with all of this and have tried to describe it as accurately as possible using what I hope is proper lingo from what I've garnered through research trying to understand all of this. Any and all help would be much appreciated. Many thanks in advance. 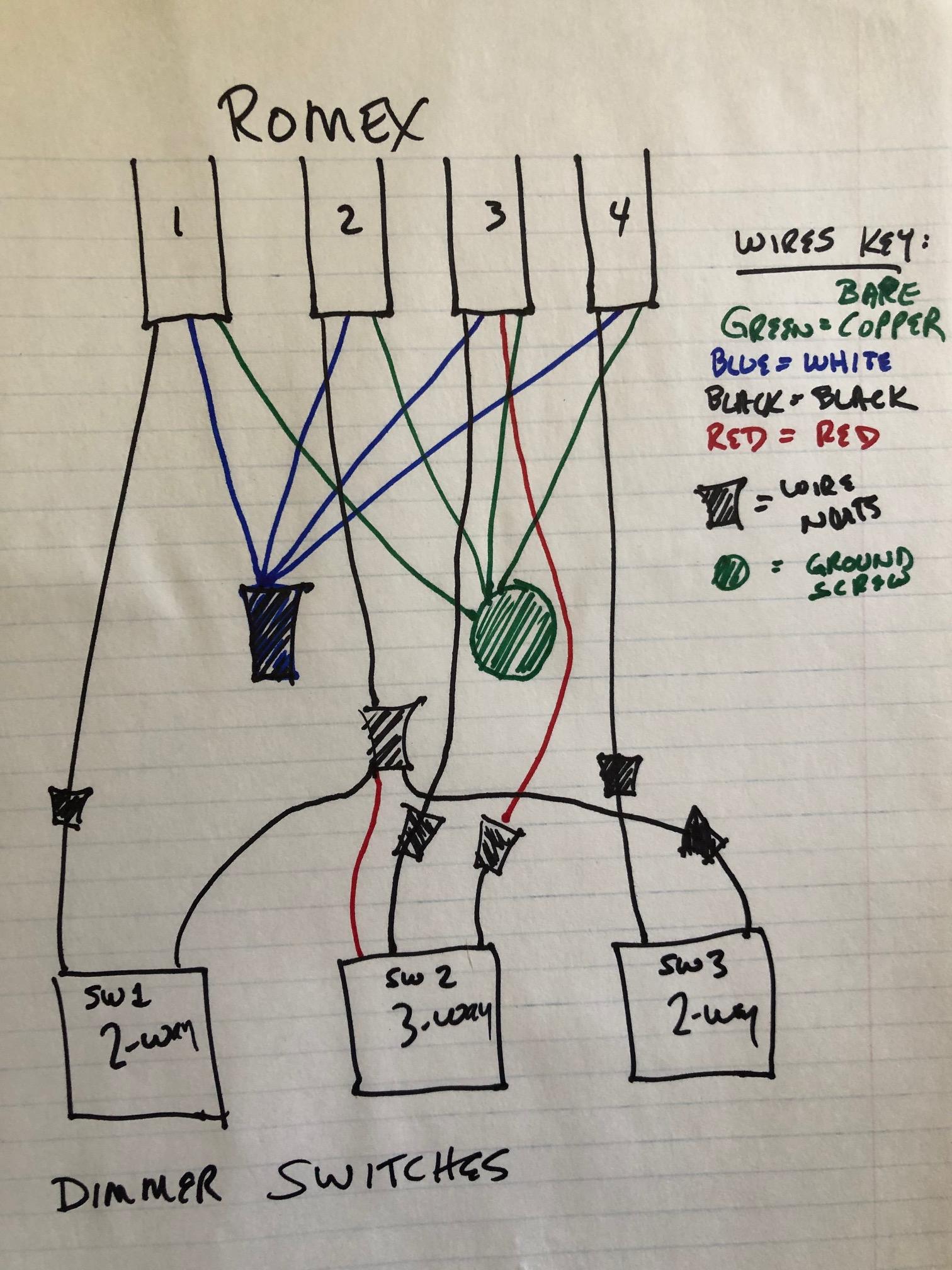 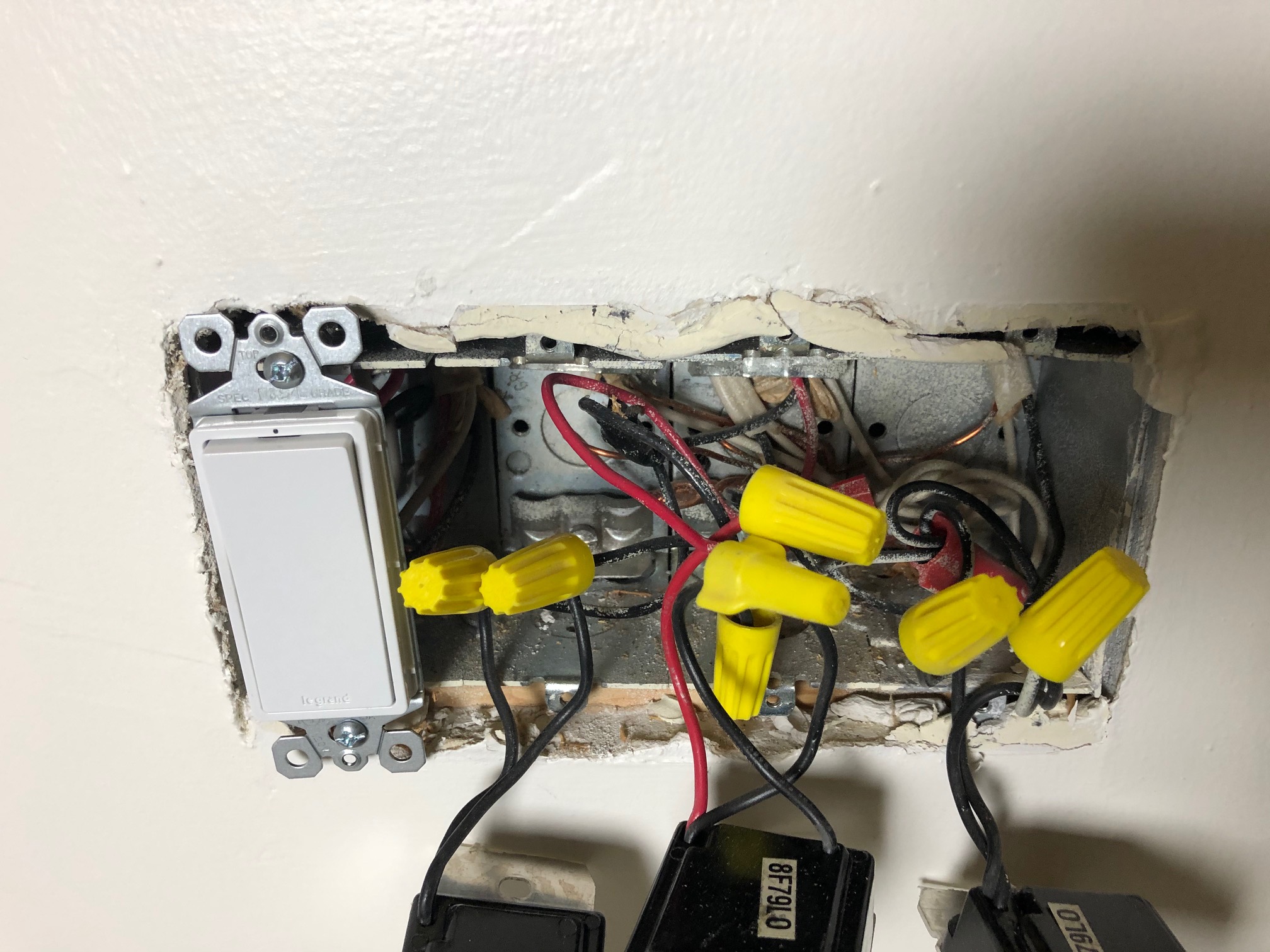 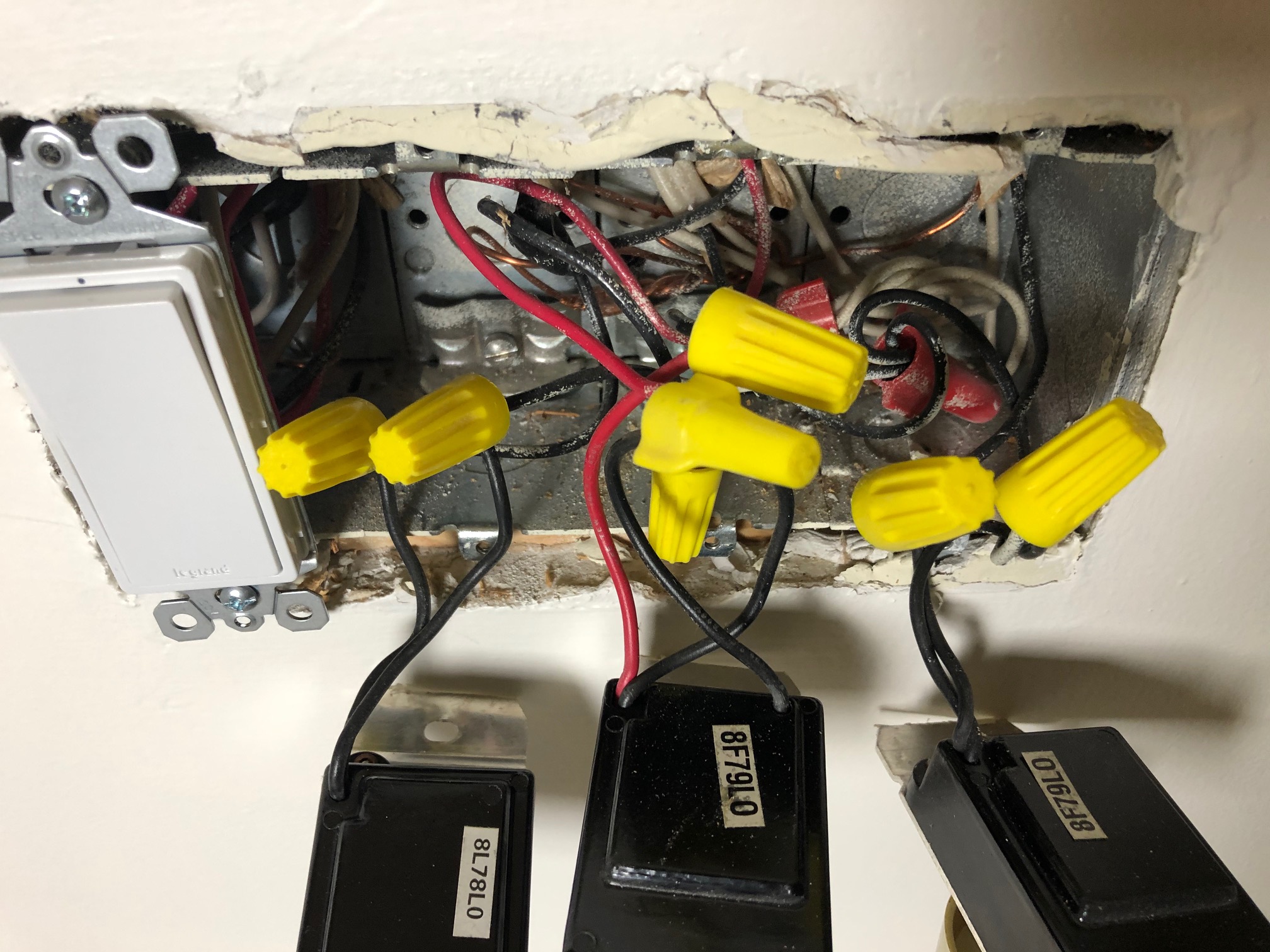 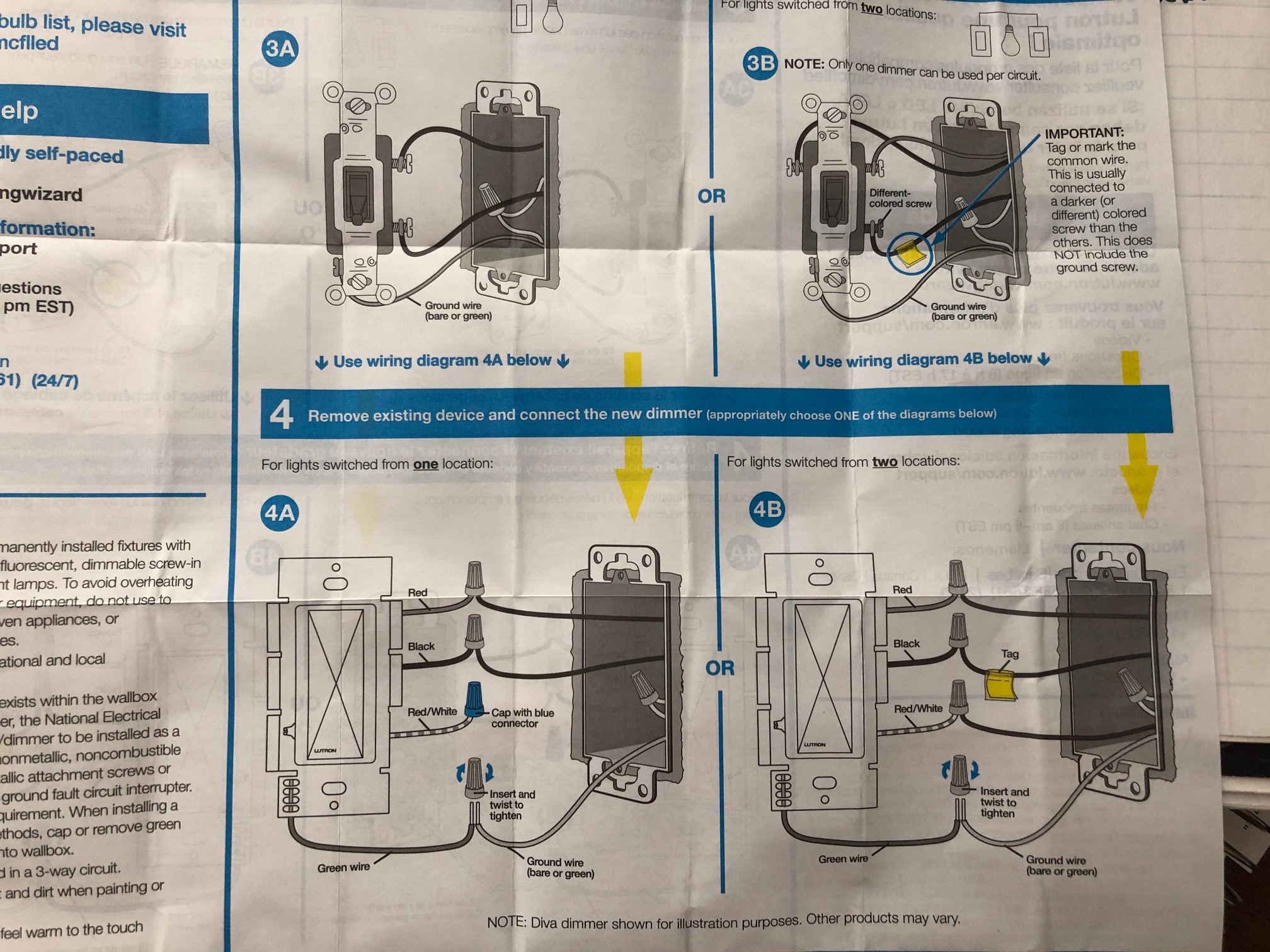 Not the answer you're looking for? Browse other questions tagged wiring lighting grounding dimmer-switch or ask your own question.