(There are already a lot of existing questions here about converting telephone wire to use it for Ethernet. That is not my question. I already know that the CAT5 in the wall here is a straight run back to the electrical closet and I can just re-terminate the ends.)

I have new VOIP phones that I would like to wall-mount. Our jacks, along with the vast majority of wall-mount phone jacks I see in stores, look like this one: 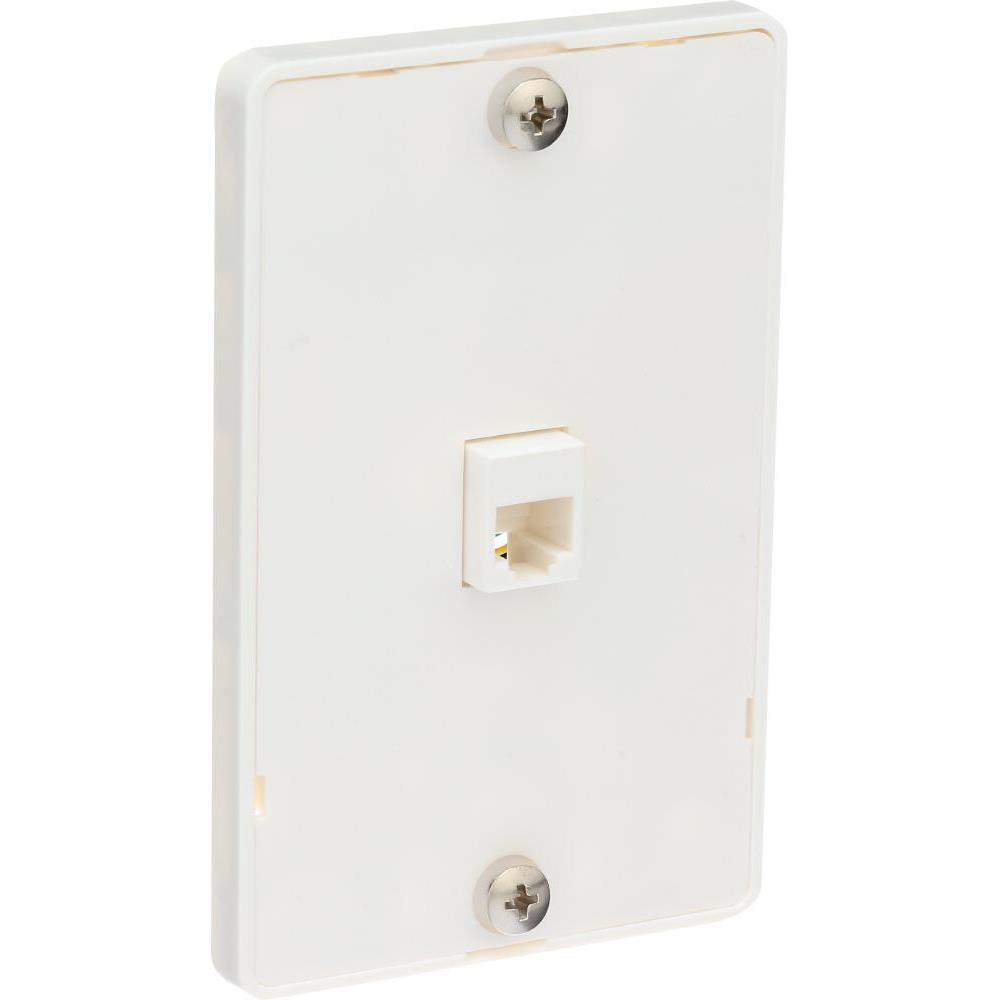 The problem is that the jack itself is (a) built-in 6P4C and (b) sticking out from the surface.

The first of those isn't really a problem, because I can put in an Ethernet biscuit jack right below the phone and plug into that.

The bigger problem is the fact that the existing jack is not flush. The phone I have overlaps the jack by a fraction of an inch when I try to mount it. If the jack were flush with the surface, the phone would fit (and if it were an RJ45 there would be just enough room for the cable).

I looked into recessed-jack wall plates, but all of the ones I have found are not recessed enough to make a difference. Here is one example which explicitly shows that the jack still sticks out despite being recessed.

Other than cutting the jack out of the wall plate and just having an empty hole there (or spending money on a keystone wall plate but not putting a keystone in it), are there any better ways to handle this?

How about using a keystone mount phone mount? 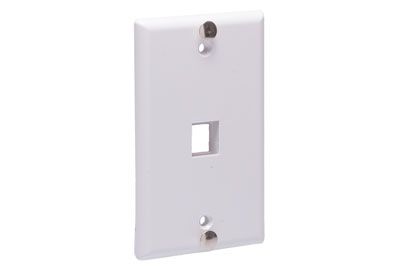 This, along with a RJ-45 keystone jack should be exactly what you need. Or, if you'd prefer to use the Ethernet biscuit jack (maybe the cable won't clear even if the jack is flush), blank keystone jack covers are also available.

Not the answer you're looking for? Browse other questions tagged ethernet telephone or ask your own question.

4
How can I modify telephone Cat5 cables and jacks into Ethernet ports?
2
To which terminals do you connect a phone jack?
2
Are there any disadvantages to switching from a punch-down distribution box to an RJ-45 one?
2
Are Cat6a keystone jacks suitable for Cat7 Ethernet cabling?
2
How to reuse a keystone jack
2
Proper craftsmanship to mount Wi-Fi AP and ethernet cable to ceiling?
2
Wiring ethernet cable from AT&T fiber Modem to a specific room
1
Is there an "exposed work" cover plate for keystone jacks/data ports?
2
Home Ethernet "patch" panel - how to approach?