Widen a hole in an existing knife block?

I have a knife block and I would like to widen the hole in two of the slots to accommodate the knives I own.

Without using very expensive commercial shop tools, what is the best way to widen these two slots by about an inch each?

I have a good collection of home power tools (and I don't mind going to pick up something if needed) but I don't currently have a drill press. 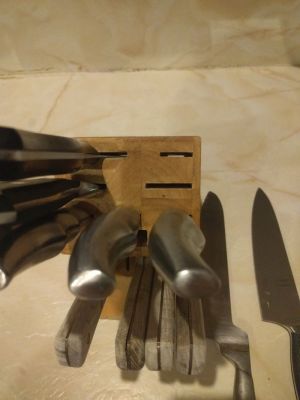 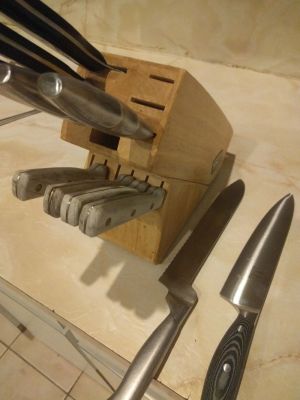 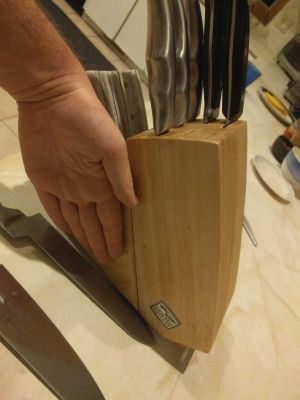 There is only one possible way of doing it that I can think of without cutting the block apart on a table saw and re-gluing it. You would need a power tool called a "reciprocating saw", aka a "Sawzall" with a long wood cutting blade, long enough to get to the end of the block. 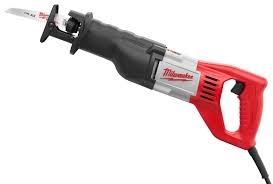 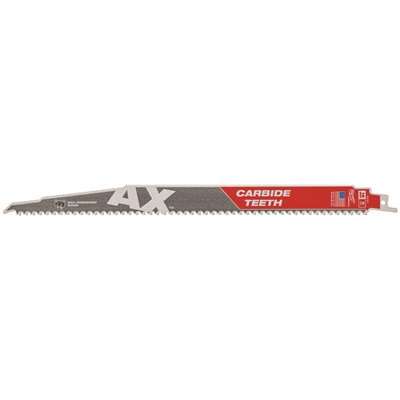 You would have to clamp the block into a woodworkers vise or clamp it down to a table, then using the longest blade you can get, run it in the slots multiple times to make them longer. The blade will likely be thinner than the slot, hence multiple passes, trying to exert pressure to one side, then the other to chew out a wider kerf. Don't expect it to look nice though, the edges will look chewed out.

Sawzalls are around $250 on line. You might find a cheaper one that will cost less, but likely only last for this one project. Tool rental yards offer them though, if you have one near you. You will have to buy the blade if you rent the saw though. The blade will cost you around $15, so this had better be important to you, compared to just buying a new block.

12
How do I drill a hole in a shelf without going all the way through?
0
How should I widen a picture frame?
8
How to SLIGHTLY widen bored hole in 2x6
2
How to drill a minute hole on a wooden pendant without a drill?
6
How to make small wheels with minimum equipment (No lathe)
3
Biscuit, dowel or simple braces for making unit top with inset lid and slim sides?
3
Could a spade bit be used to widen an existing hole in a wooden cabinet?
0
Tips on cutting curves with a jigsaw
1
Can I widen the hole with a drill to straighten the handle?