We are putting up a fence with horizontal wooden pickets on posts spaced 6 ft apart.

I have seen some fences with 2x2 vertical supports going up the middle of the pickets to help support the boards from warping or bowing. The difference, though, is that the fencing I've seen were 8 foot sections, not the 6 foot sections I'm doing.

Does anyone have any thoughts on these vertical supports and if it is worth the few extra boards and time? 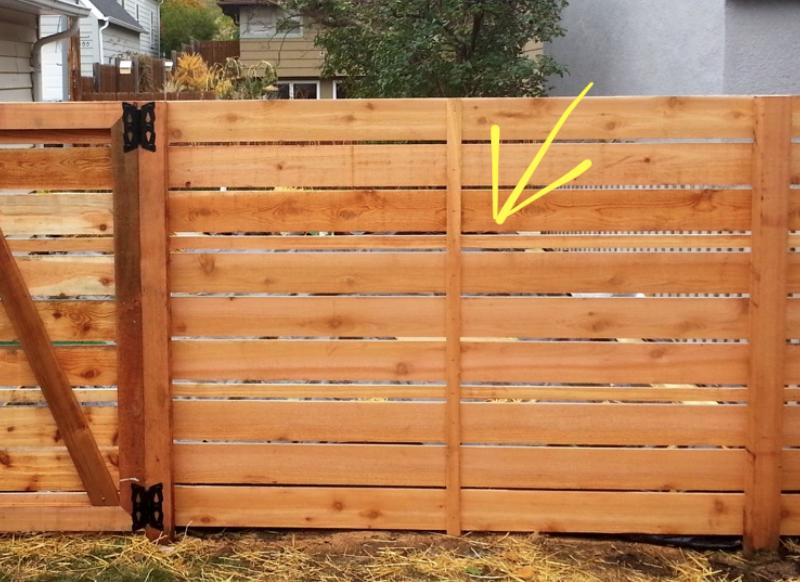 The thickness of the horizontal "pickets", the quality of the lumber chosen, and the prep and maintenance will determine the rate at which the wood will warp, split and crack. I don't think that a 2x2 or 2x4 stiffener will do much to prevent any of this.

However, the stiffener will stiffen the boards, even on a 6' span, helping to hold them in position against wind, someone climbing the fence, or just simply leaning against it.

It seems, from the tone of your question, that you don't particularly want to install these stiffeners. I'd recommend that you not install them at first. Try out a few sections of fence and see how it works for you. Lean on the fence (as you might if talking to a neighbor), try climbing it (as your kids are guaranteed to do at least once) and see how it holds up. If the "wobble" is acceptable to you then leave the stiffeners out of the equation. If the "wobble" is not acceptable, then you know your answer.

Heck, you could build the whole fence without these extra verticals, then install them all later if you determine if you need them.

As a side note, it almost appears that the stiffener in your image is acting as an intermediate fence post - it could be touching the ground or even buried in the ground, but I'm not sure it is.

Additionally that looks more like a 1x2 or 1x3 stiffener, and I'm not sure how much that would do in comparison to 2x material.

If you do decide to go with the stiffener, I'd suggest only one screw/nail per picket into the stiffener. This will allow your horizontal pickets to expand and contract with the weather and the seasons and minimize the splitting damage to them. If you put 2 screws/nails in there, it's possible that you'll increase the rate at which they fail.

I think the mid-span picket is required. Not because the fence will fall down without it, but because the boards will dry out over time, twist and create various sized gaps between boards.

This will occur over time and going back and trying to adjust a twisted board back to a uniform spacing will be difficult.

Btw, use two fasteners per board. The boards will twist in different ways, so keep them straight with 2 fasteners at each picket.

When you’re sitting in your yard in a few years celebrating your birthday with your neighbors, you don’t want your fence to be the main topic of what went wrong.