What kind of dimmer switch do I have?

Moved into a new place recently and I don't know what kind of dimmer I have.

The dimmer switch: (the whole thing is on/off and then there's an up button and down button; the blue led presumably corresponds to different settings but I don't know what)

When I moved in the lights would flicker and hum (I didn't systematically try the dimmer settings). Soon after, the lights went out. The blue led on the switch itself wouldn't turn on either so I thought maybe it was a wiring thing but when i replaced one of the incandescent bulbs the bulb worked and the blue led worked again as well.

The light is steady and doesn't hum. Hitting the up/down settings makes the bulb flicker (pulsing rapidly and hum) in some positions. However, when I turn it off, it also pulses rapidly (but not as bright) and never goes off--at least for the couple of minutes I've tried to wait it out (the blue led stays on on the switch too, but before it would be off if the light was off). 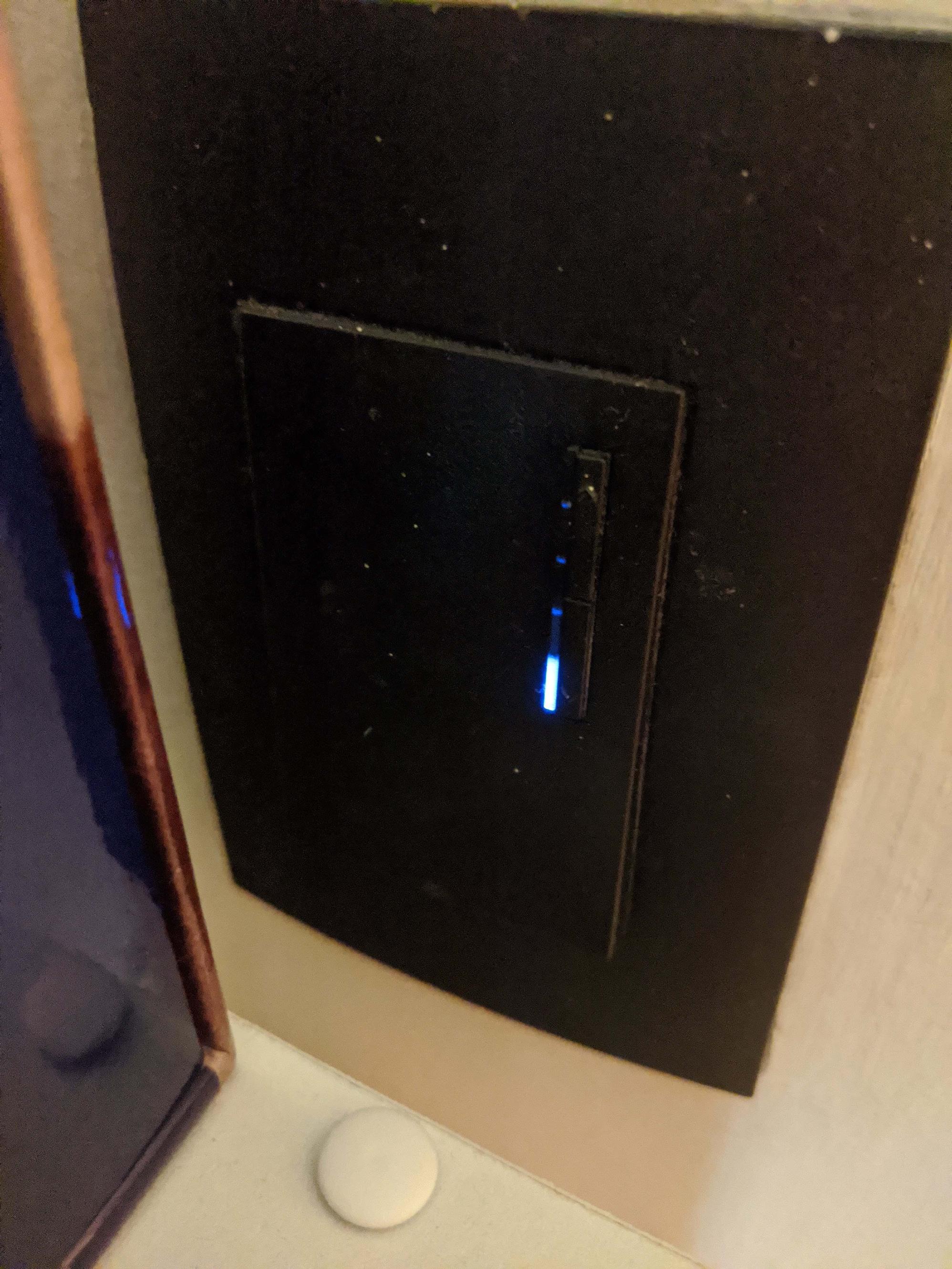 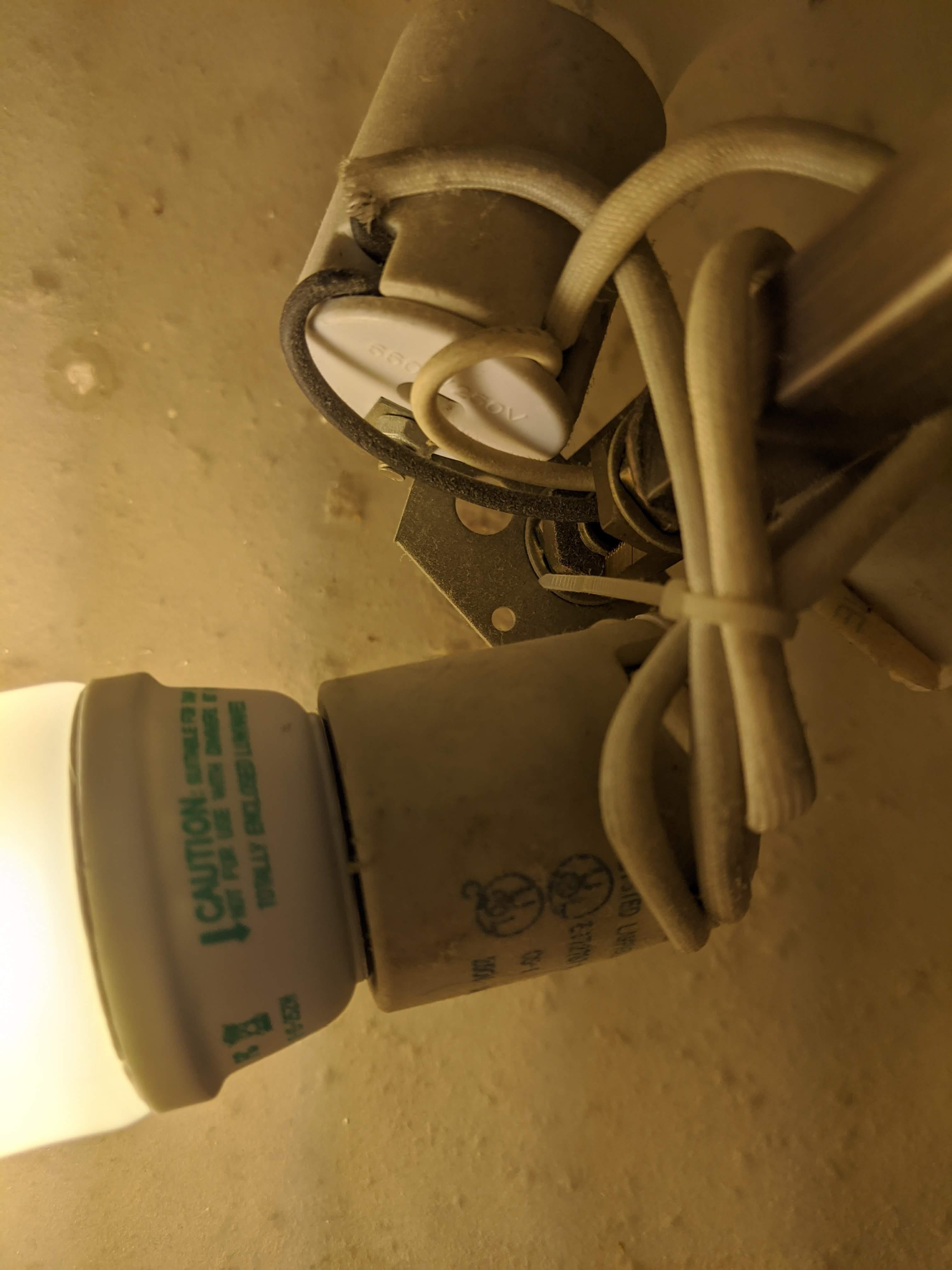 That dimmer switch looks a bit like a Lutron Maestro, but your best bet to find out for sure is to unscrew it from the wall and look at the back. (Don't forget to turn off the circuit breaker for that outlet first!)

However, as @jsotola noticed, a more significant issue is the light bulb: 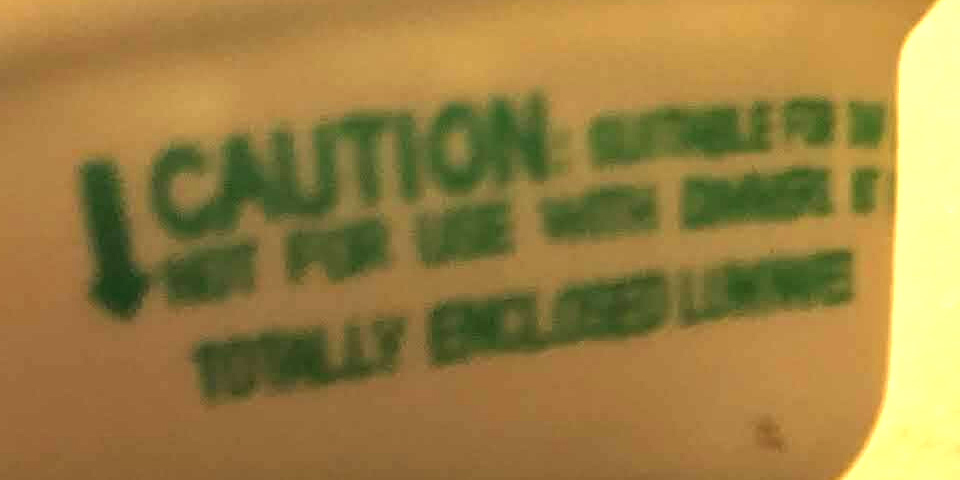 "NOT FOR USE WITH DIMMERS"