I'll admit I don't get how to compute how much my floor can hold, and probably wouldn't trust my own math, even if I came up with the right answer.

The room it would be going in is an exterior room, at the first floor back corner of the house. The first floor is over a basement. THe floor joists are 2 x 12s, I believe; I thought a 2x12 was 11 1/4 high/wide. These are either 11" exactly, or some are even closer to 10 7/8", so I'm a little confused about that. I haven't found one that was 11 1/4". Anyway, if I'm measuring correctly, then right under the interior wall perpendicular to the back wall of the house is a laminated joist made of 2 2x12s with a 1/2" steel plate in the middle. The booth would be resting in the room in the interior corner, where one wall is exterior and the other rests over the laminated joist. That laminated joist runs approx 17' where it ties into the I-beam that runs the width of the middle of the house.

Will my floor safely hold the weight of the booth?

To answer a couple of the questions raised:

Why is the booth so heavy? Because isolation requires mass. If you want to keep sound out, the walls have to have mass. This particular model of booth (manufactured by a leader in the industry) has a double-wall design for increased isolation from outside noise. Each 4' x 7.5' section is two slabs of 5/8" MDF with an air gap in the middle. The windows (2) each include four slabs of 1/4" tempered glass. It adds up.

Is there an option for placing the booth in the basement? No, because the only place for it in the basement is just feet from the furnaces, which defeats the purpose. 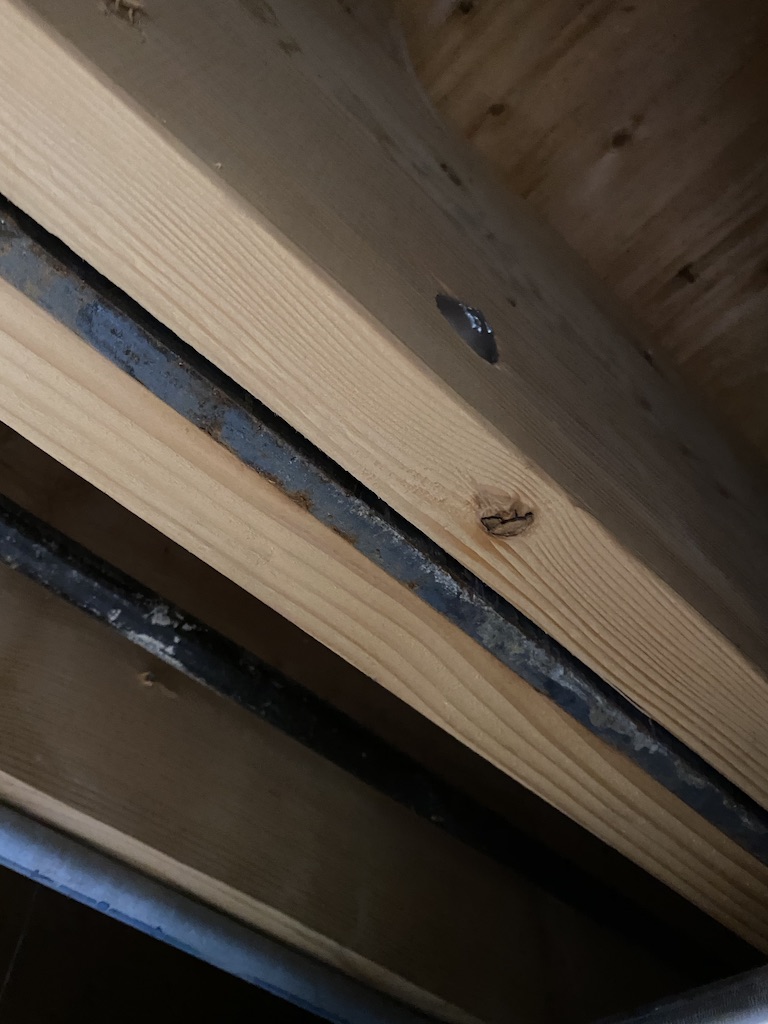 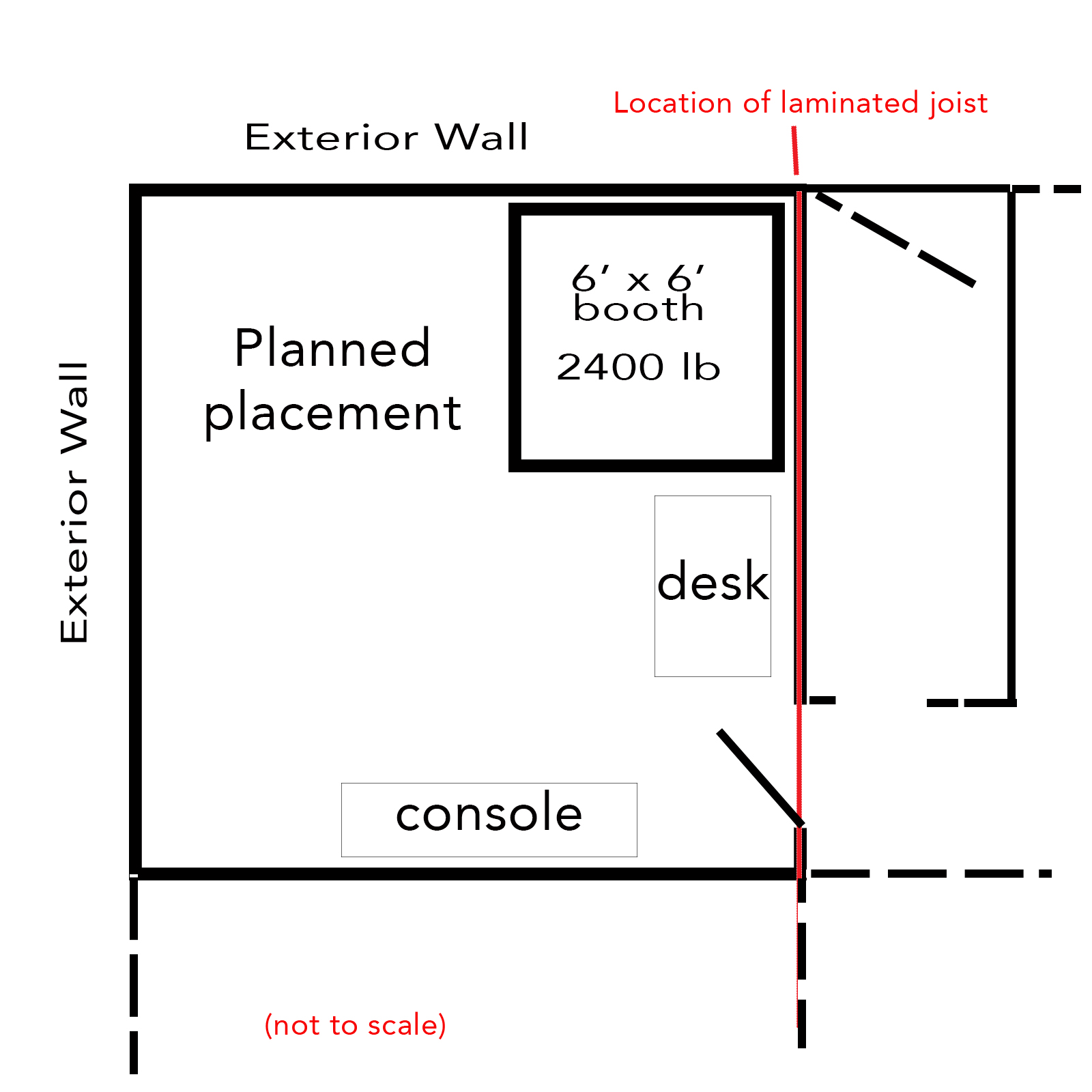 You need a site visit from a qualified person to determine if your floor system can safely carry the load, but given the span you gave and the information here, the answer is no.

However, you may be able to easily install sufficient intermediate support.

To get a line on feasibility before reaching out to professionals, I'd start by calling the manufacturer and talk with their engineers to see if they have a technical manual detailing bearing requirements. Don't be surprised if it's all about commercial floor systems. While you're at it, get the exact weight.

Next, call the city and discuss with a building inspector.

Given the weight you're guessing, at nearly 70psf uniform load (and an unknown concentrated load), it's not just the depth of the joists you need to consider. You need to evaluate the entire flooring assembly against the concentration of the load.

Good luck and have fun!

If one stands on one leg, the figures would be double, which is rather substantial.

Your booth at 2400 pounds over 36 square feet converts to 92 pounds per square foot. This would lead one to believe that the even distribution of the weight over the floor would be less than that of many humans in the same area.

Not the answer you're looking for? Browse other questions tagged floor joists load or ask your own question.

5
What should I do about this load bearing wall that is only supported by a joist floor?
0
What causes uneven floors and can they be fixed?
2
Shaving floor joist
4
Running wire to ceiling with double joist parallel to wall
1
Weight distribution in load bearing wall?
1
Interior wall construction - Is it possible for this to be load bearing?
3
Shower divider wall – load bearing?