Have an older portable AC -- maybe 10 yrs old. Has been sitting in the garage unused for a couple of years. Gave it to my son to use and after a couple hours of running he reported there was a large puddle of water under it but the collection bin for the water (that needs to be manually emptied and sounds an alarm when it needs emptying ) was bone dry.

I tried 2 tests. First one i ran in the garage for a couple of hours. No leak...but also no water in the collection container. When preparing to bring it inside for test 2, I tipped it and water ran out, confirming that water was going somewhere....just not to the collection bin. I brought it inside and put a pan under the unit to catch any leaking water and ran it for a couple of hours. When i checked I found a puddle under the unit, no water in the tray I put under it, and the unit's collection bucket was bone dry. When i was taking the unit back out to the garage and tipped it to get it down some stairs, the collected water came out.

Any idea how i can locate the leak? Do these things operate if I pull the back off and try to run it for a couple hours? It's as if there is a hose inside the unit that is supposed to direct the condensate to the collection container but it has dislodged. Is that a possibility? thanks. 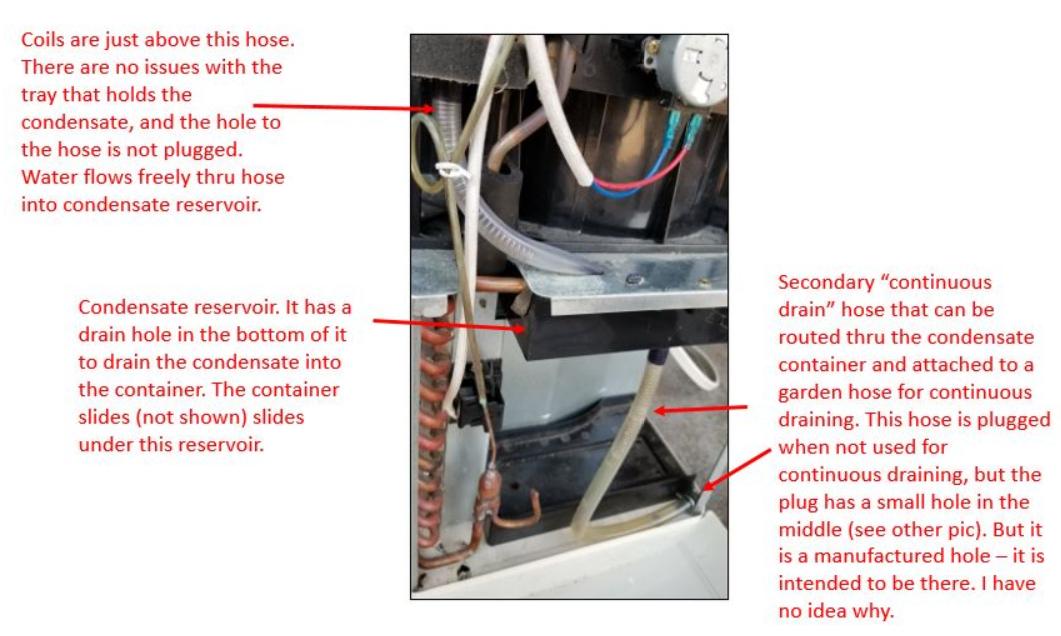 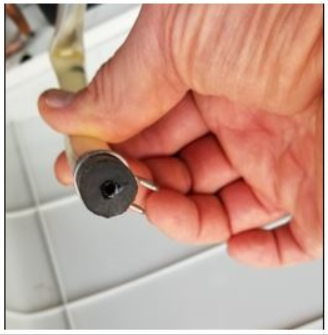 So do I just plug the hole in the secondary hose's plug? At least that seems like a place to start I suppose.

It is just so odd as there are no issues or rotting hoses, yet this leaking has never occurred before. And why is there a hole in the plug on the secondary container if it isn't supposed to be there?

Pull off the back. It serves as a grilled vent so critters don't crawl in there. The unit will work fine. Look for a pan right under the cooling coils and then look for some hole in the pan that would allow it to drain into the collection container. There could be a hose that disintegrated or maybe the hole just got plugged up. Don't forget, the unit has to be level for it to drain properly.