I just bought two "smart" dimmers to replace some older ones. We have two different ceiling fixtures. The old switches only had two terminals, and both switches were tied together on one of the terminals.

The new dimmers have "hot", "load", "neutral", and "ground". I'm pretty sure we don't have grounded anything in this house (it's old) so I can just ignore that, but I can't figure out what to do with the others. It also doesn't help that all the wires in the junction box are red.

There are a total of 3 wires in the box, two on the top (presumably one each to each ceiling fixture) and one from the bottom.

How do I connect two dimmers with a total count of 8 terminals to 3 wires, as shown below? 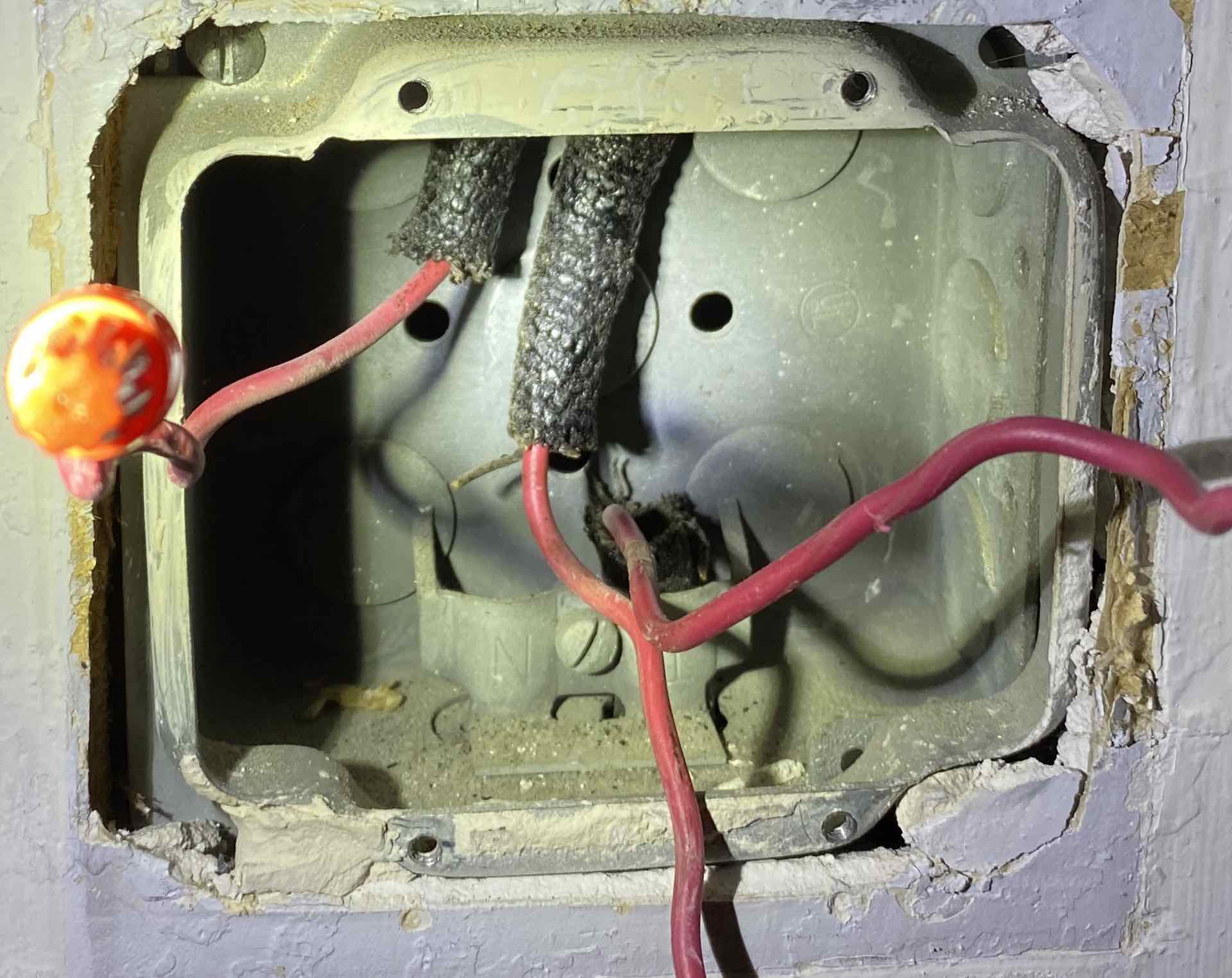 Your dimmer is not compatible with your wiring

Your house appears to be wired in late-stage knob-and-tube, with only the hot wires (incoming and outgoing) present in the box and the neutral bypassing it. As a result, you do not have a neutral in the box, which is what your dimmers require to power all the "smart" electronics inside them. You'll either need to use a "smart" dimmer that trickles power through the load, such as the no-neutral version of the Lutron Caseta (and perhaps LUT-MLCs in the fixtures to keep your lightbulbs from glowing or flickering due to that trickle of power), or have the neutral rerouted into the box, which'll require an electrician who's familiar with knob-and-tube stuff.

Not the answer you're looking for? Browse other questions tagged lighting junction-box or ask your own question.