Can I disable an old security system by disconnecting the transformer?

I switched from my old security alarm to a diy alarm system. I want to completely shut down the old alarm system and keypad. Is I possible to remove the wires of the transformer? I don't know what to do with it. I don't to just let it dangle. I am nervous to close it inside the box because I don't want it pressing on the transformer wire. What is the safest way to store/ hide the wire connecting the transformer to the wall? 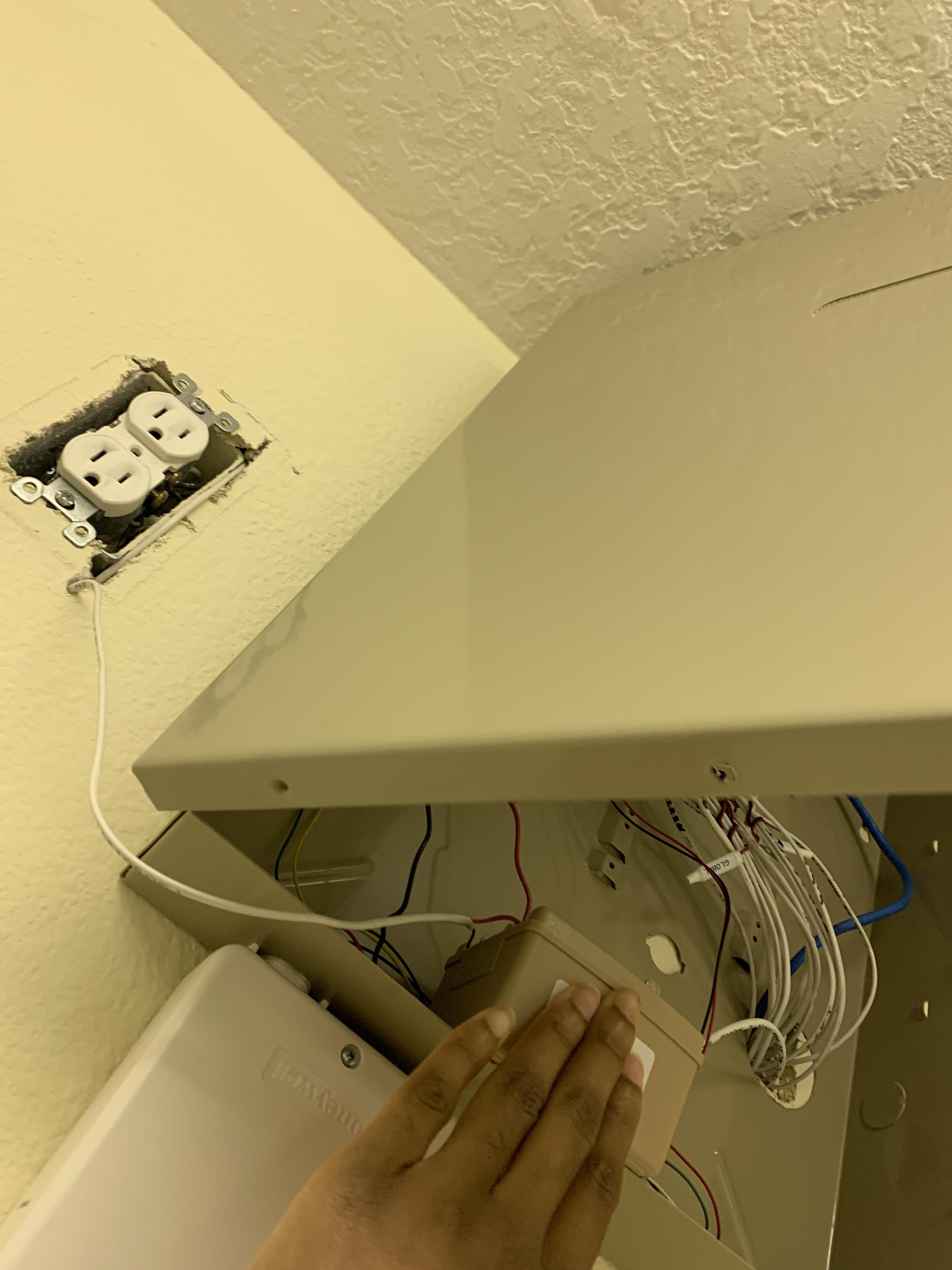 (Mostly) Nevermind - @JACK is right - I missed that this was a plug-in transformer that had been relocated from its normal position. I'm still not thrilled about the cable from it, but you could either tuck it away or pull it out altogether. I'm going to leave most of this here in case it's of use to someone with a "similar but different" install, but it's mostly not applicable to this install with that detail clear.

Well that's an ugly and potentially code-violating install. I can't tell if the cable from below the outlet is from a low-voltage supply bodged to the outside of the outlet and buried in the wall, or is carrying line voltage on low voltage type wire. Neither is "in a workman-like manner" and the latter is downright dangerous.

First: Find the circuit breaker or fuse supplying that outlet and turn it off there.

Then: Pull the outlet and look for "extra wires" - perhaps edit your post with new pictures. I suspect you'll have a pair of wires feeding something attached outside the box (which you can disconnect and cap, making that supply dead and no longer wasting power without having to rip the wall open to get it out), or you'll find the other end of that tiny white cable with red and black wires that should definitely NOT be connected to line voltage. If it is a low voltage supply outside the box, Once the supply wires are disconnected, you can cut the cable off without concern. Pencil in ripping the wall open to remove that thing (if present) next time you plan to repaint in this area.

4
Are there any alarm system panels, control boxes, etc. that have a kind of API for software to access?
6
Is there a way to reuse ADT's alarm sensors without using their central service?
2
Need help with correct wiring when replacing a hardwired smoke detector
18
Alarms on Doors that have Access to a Pool
0
Is it feasible/worth it to recover an alarm system keypad that is unreliable?
1
Is this outside security camera wiring correct or lazy?