I recently bought a house built in 1952 and am trying to change the light fixture in the kitchen ceiling. When I took the old light fixture off, I noticed that the wires coming from the ceiling were coupled with some other random wires. 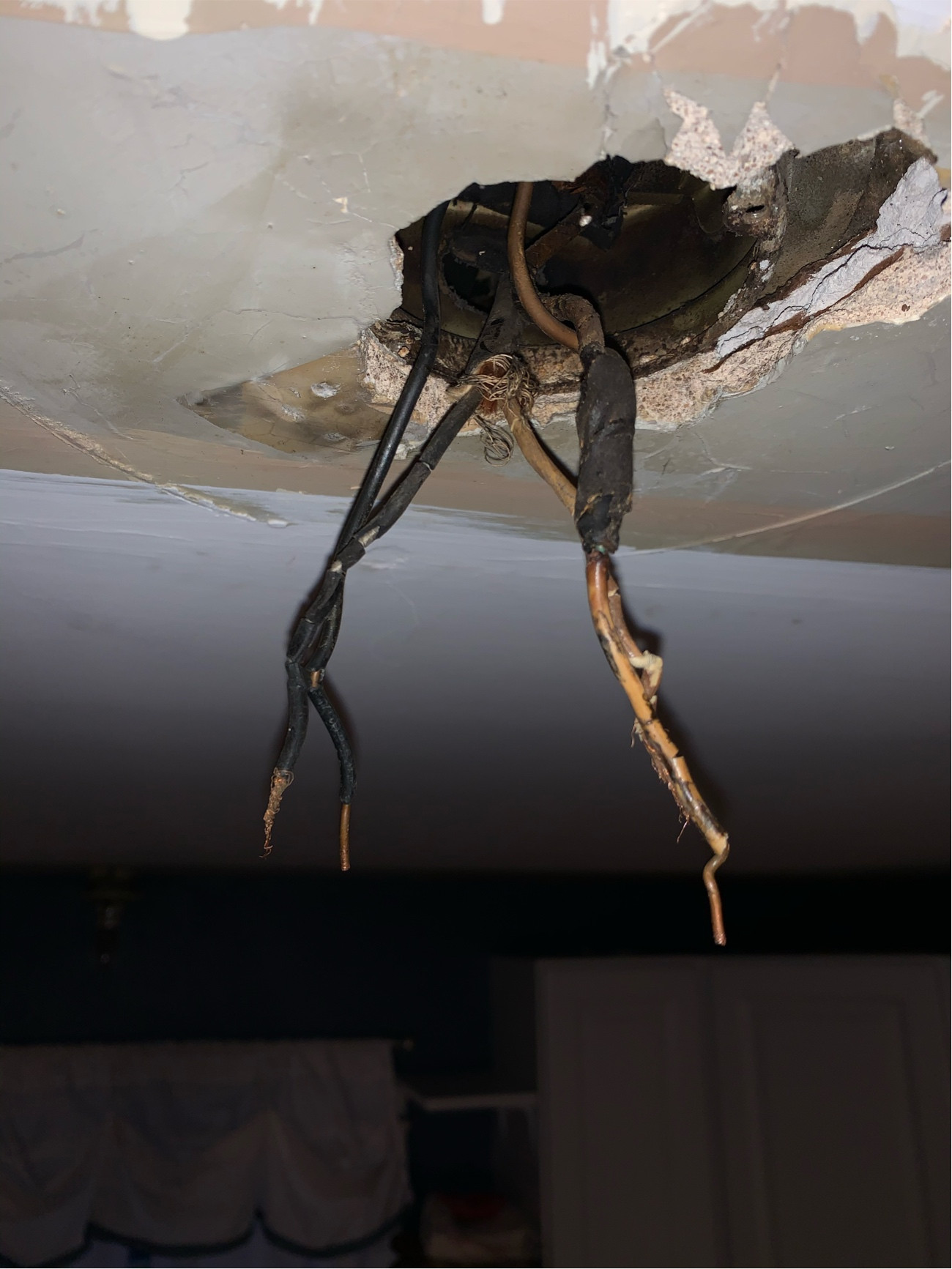 The old and new mounting strap: 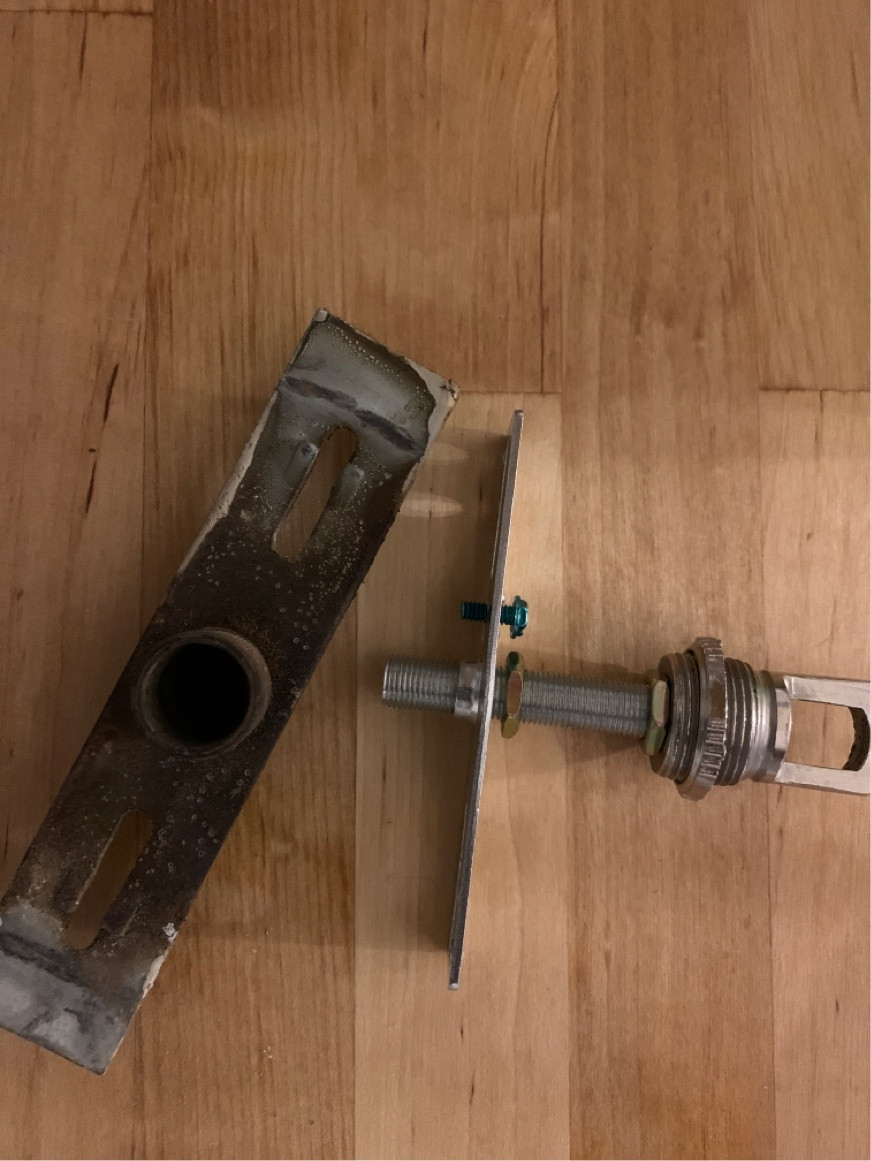 I’d really appreciate some guidance on how to proceed from here.

Yes, if they were grouped like this, then it's certainly the case that the other cable is onward to the other light. That's a perfectly reasonable way to do it.

The cable insulation has serious thermal damage. I would get some red and white heat-shrink tubing of appropriate size, slide them over the wires and shrink them down. A long time ago, old Edison style light bulbs were used and they made a LOT of heat. Sometimes people even used bigger bulbs than the fixture was rated for, and that caused excessive damage.

Do not cut the wires shorter than they are; try to save the insulation. Wires need to be at least 6" long from the base of the box, and stick at least 3" beyond the ceiling.

Since the whites were together, they are almost certainly neutral. The other black wires would be switched-hot. I like to mark switched-hot wires with red color, but it's best to mark a wire the same on bot hends.

No. Those wires are not meant to go down the little pipe. The lamp fixture's wires are meant to come up the little pipe. If that is not possible, then you'll need to acquire some wires capable of the task, such as #16 lamp cord (containing 2 conductors or some #14 stranded THHN.

Given the deteriorated condition of the insulation, I would not energize this.