How should I reinforce this slide from my deck?

I recently bought a house that has an attached deck in fairly poor shape, so I will be replacing it in the next year or so. Until then, my children want to play on a spiral slide that is attached to the deck, but it wobbles quite a bit as they move around on it.

I want to replace the two 2x4 posts at the bottom exit, which should improve stability a little; but it seems some kind of post or pole supporting the second turn would help also and be fairly easy to bury and then attach to the bolts that hold the slide together.

What's a cost-effective way to do this? I searched for spiral slide supports from playground equipment suppliers but couldn't find anything that looks like it would work here. 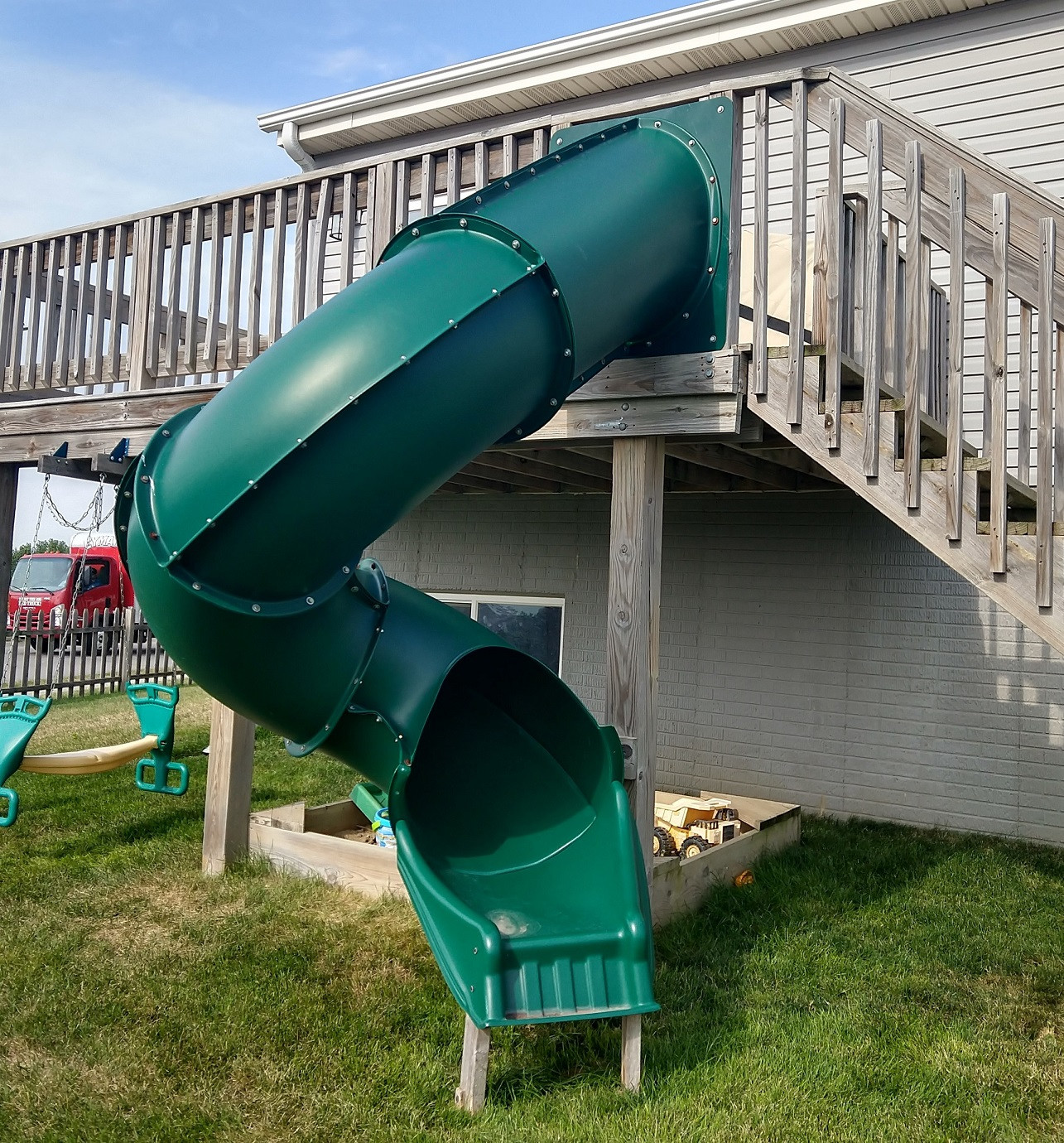 I would build a simple landing for the slide exit, either behind or in front of the exit face. The platform should be staked into the ground at multiple points to prevent shifting. By securing the slide exit most movement will be eliminated.

The problem with your mid-point post strategy is that it's difficult to make such a post laterally rigid. Ground is soft (even with a concrete base), and posts flex as well. You might end up with a rather unpleasant twitch rather than a gentle jiggle by eliminating just part of the movement. A better strategy would be to triangulate to the deck rim using rigid poles, but I just don't think it's necessary.

Not the answer you're looking for? Browse other questions tagged deck play-structures or ask your own question.

8
Can I use 4x4 posts as the primary support for a deck?
1
Can I turn a 4 X 4 deck post, eight feet high, into a 6 x 6 post by laminating a 2 X 6 and 2 X 4 to it?
7
Do I need to do anything at the base to support deck steps?
1
Repairing / refurbishing cedar swing set
4
What kind of latch mechanism should I use for this movable ceiling under my deck?
1
How can I support a spinning log for a playground set?
5
Is this hinged collapsible clothesline design stable enough?
1
Playhouse flooring options
2
How to hoist hot tub out of surrounding deck?