Our LED chandelier has 20 1.5w G4 bi-pin bulbs. About a month ago, all of the bulbs, in unison became very dim. We do not have a dimmer on this chandelier. I noticed that sometimes when I'd turn on the chandelier the bulbs would go back to being bright, but it was only a matter of seconds or minutes before they would return to their dimly lit state. This isn't a fading action, they all dim at once and suddenly.

Now, my chandelier's bulbs will not return to their intended brightness at all and they are all permanently dim.

I purchased some new bulbs and replaced one to test if the bulbs went bad. The new bulb showed the exact same dimness as all the other bulbs so I returned the new bulbs.

I contacted an electrician and his answer was to simply buy a new chandelier. Unfortunately the one we have or comparable ones are roughly $1,000.

I'd like to save the one we have if there are some reasonable troubleshooting techniques.

I'm no electrician, but is there something similar to a ballast that could have gone out? Are these replaceable?

One other thing I should note is that we have a pond with a pond pump that comes on daily. When it comes on, many of the lights in the house dim briefly. I wondered if this power draw could have ruined the chandelier. Again, the electrician I talked to seemed to dismiss that this was a concern. I want to know that if I buy a new chandelier of fix the existing one that I won't be right back into this same issue due to the power draw that I just mentioned.

Below are photos of the electrical connections. I see two exposed wires. I assume these are ground, but I don't think they were connected to anything. Could that have been the problem? It would be odd though that the chandelier worked for months and months with no disturbances and just finally go dim. 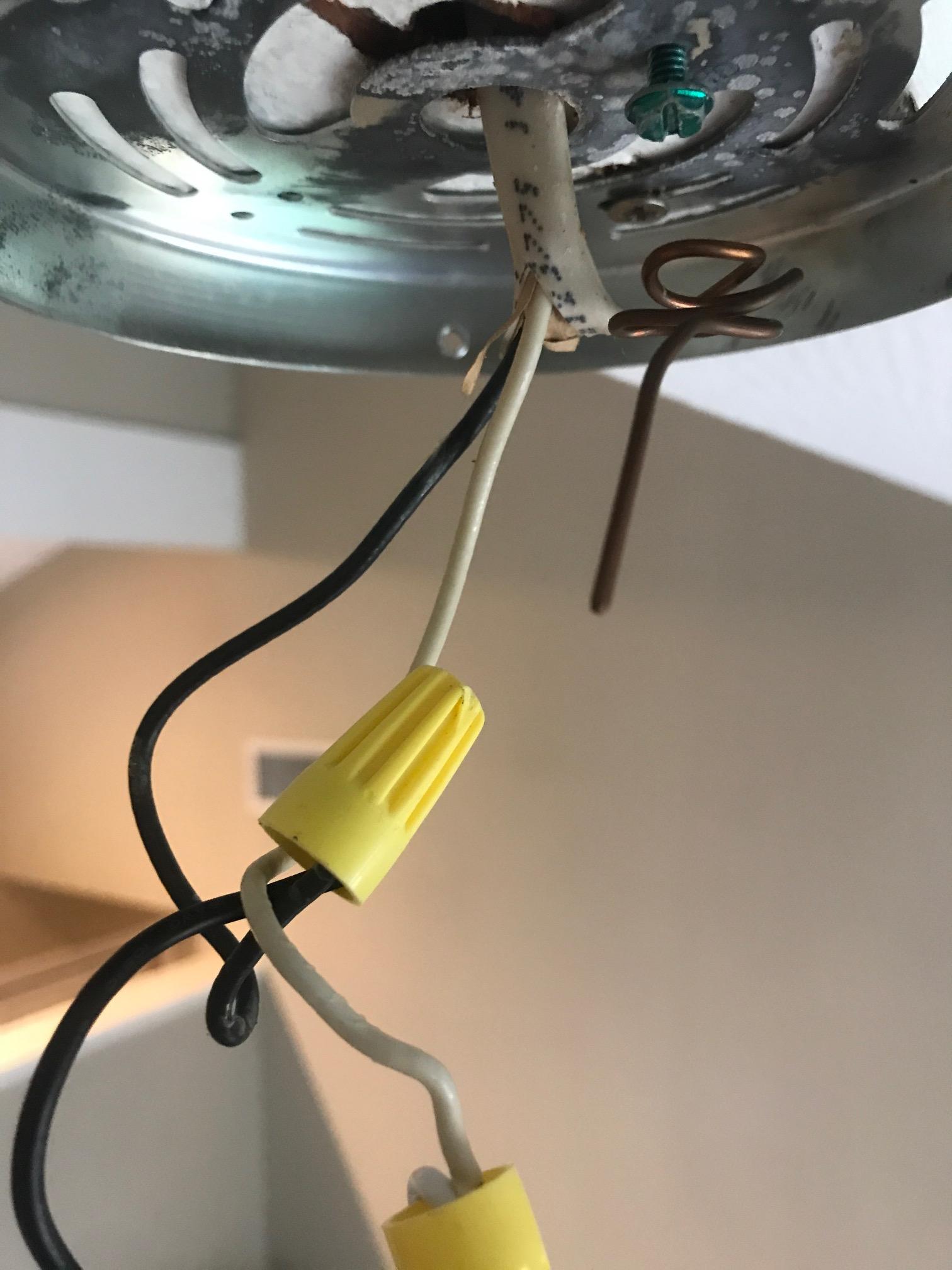 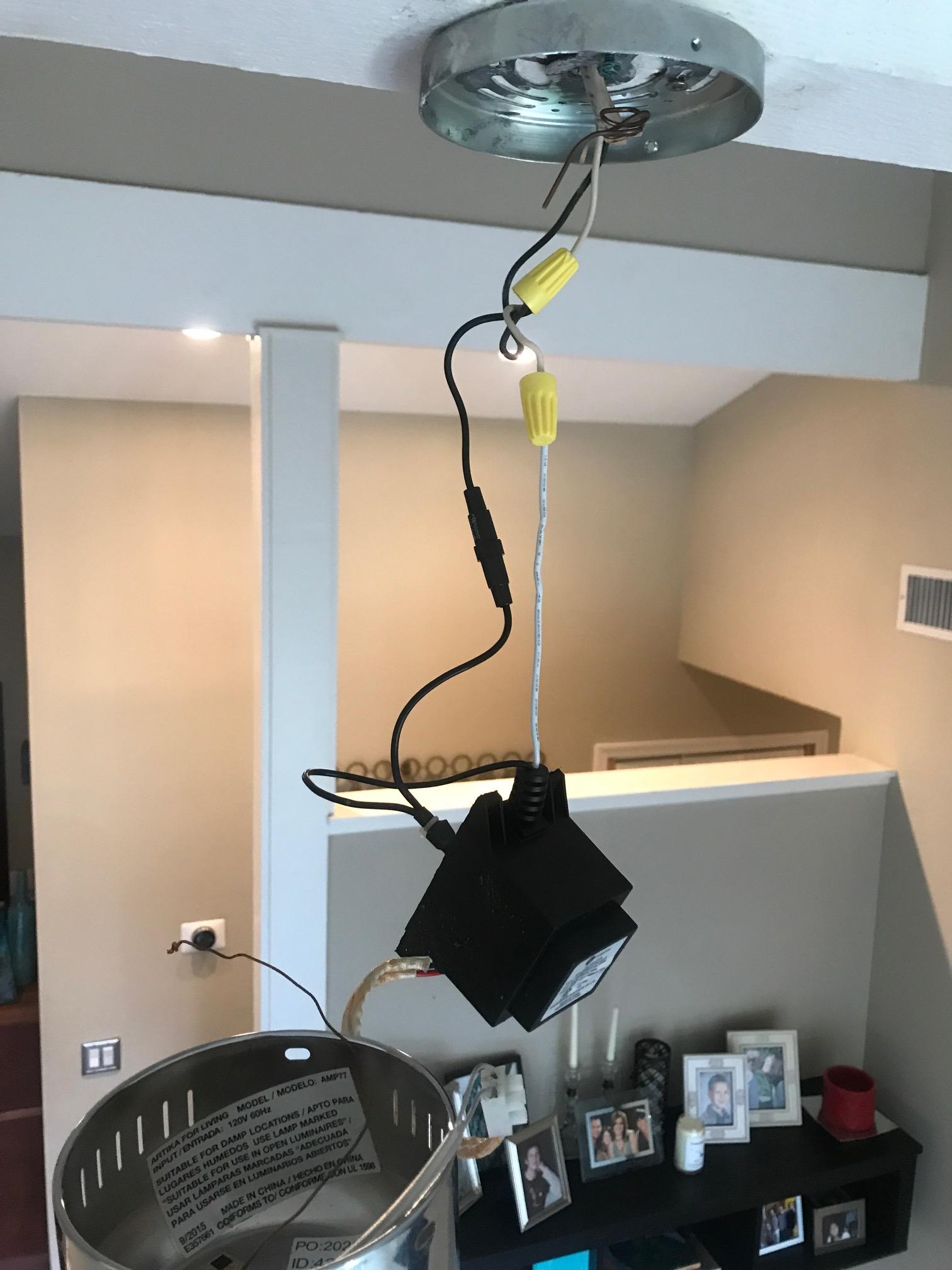 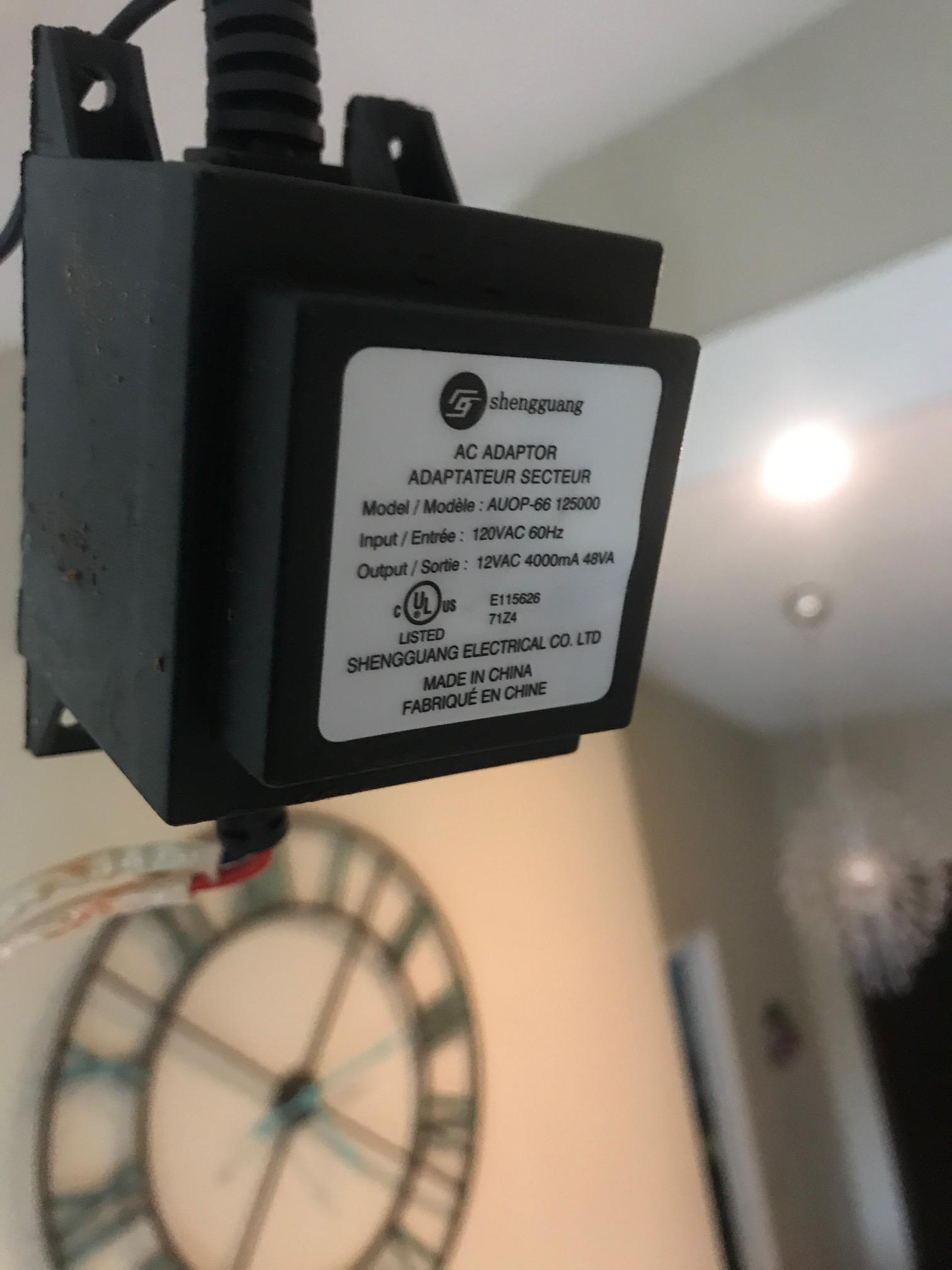 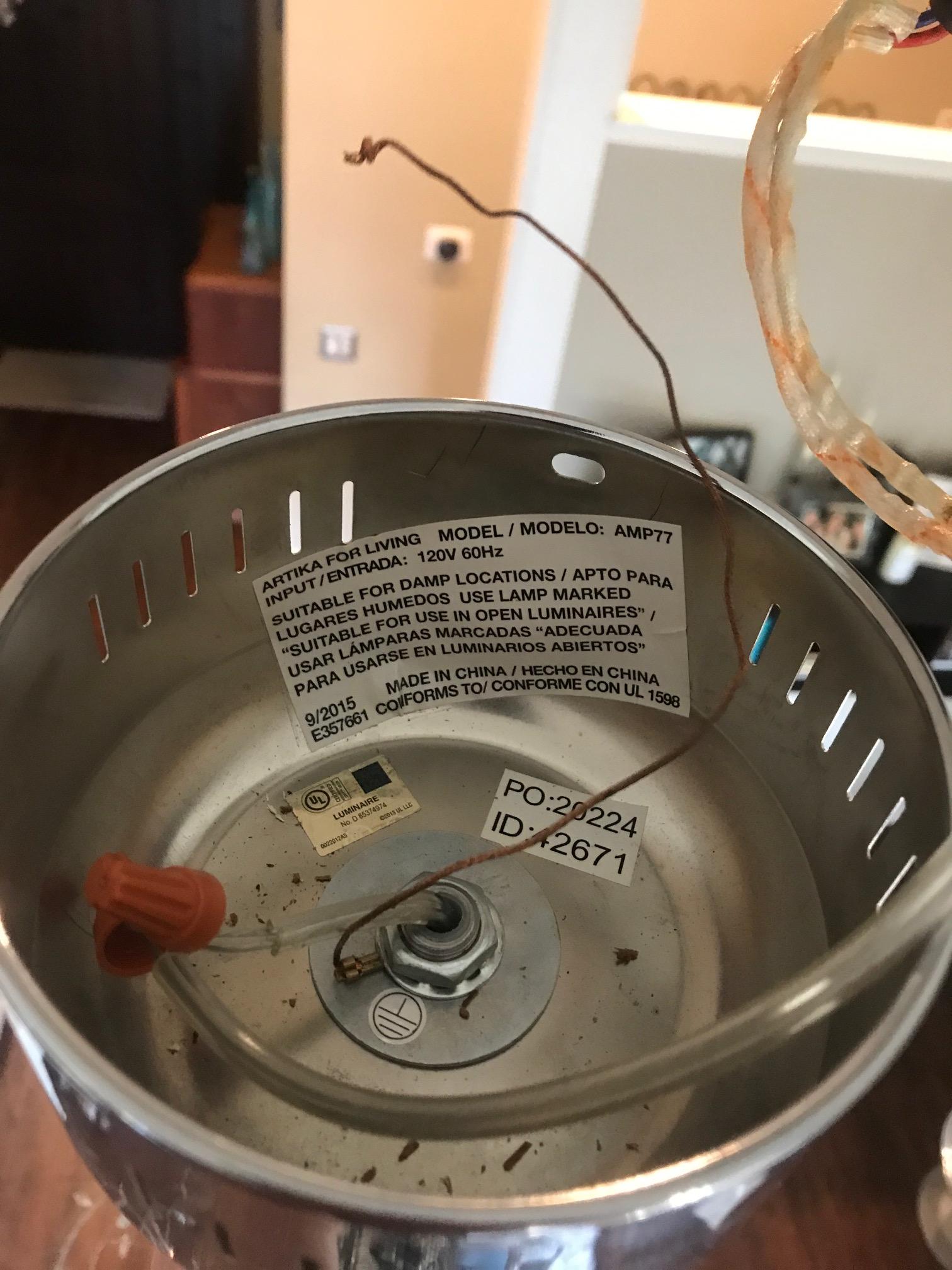 All 20 lamps are behaving exactly the same. It can't be because of all the lamps being in series, since that would be 240V worth of lamps, and you're in 120V-land. (that would be 2 series strings so only half would fail). So cross that off the list.

What remains is there is a 12V power supply somewhere. That is the common thread. Clearly, it is failing.

It's probably the LED driver. You can take it down and try to find a compatible driver equivalent to the specs and replace that part alone.

5
Why does my fluorescent light fixture ruin bulbs within six months?
1
Replacing chandelier, how many lights can it support?
1
How can I dim landscape lights permanently?
1
Ceiling lights running dim
0
dimmable led bulbs won't work in dimmable fixture
1
Why do my ceiling fan lights come on bright then suddenly dim?
0
Weird 3 Way Chandelier Stopped Working
0
3-way chandelier switch strange behavior
0
Why do some LED lights go dim while others go out completely?