My bathroom has a double switch plate: one for a fan and one for the light. I've replaced the light switch with a dimmer (Lutron Maestro Model# MACL-153M.) And I've also replaced the incandesent light with a 40" LED by Commercial Electric which is dimmable. The light won't power off, nor will it dim. It just stays on. Worth mentioning…there was no visible ground wire when I installed the switch. Only two wires were available to connect to my dimmer. So I capped the green ground wire coming out of the Lutron. Could this be why? (BTW, is this still considered a single pole even though the fan is attached to the same switch?)

This is the inside of box with my attempt at connecting the Lutron switch. 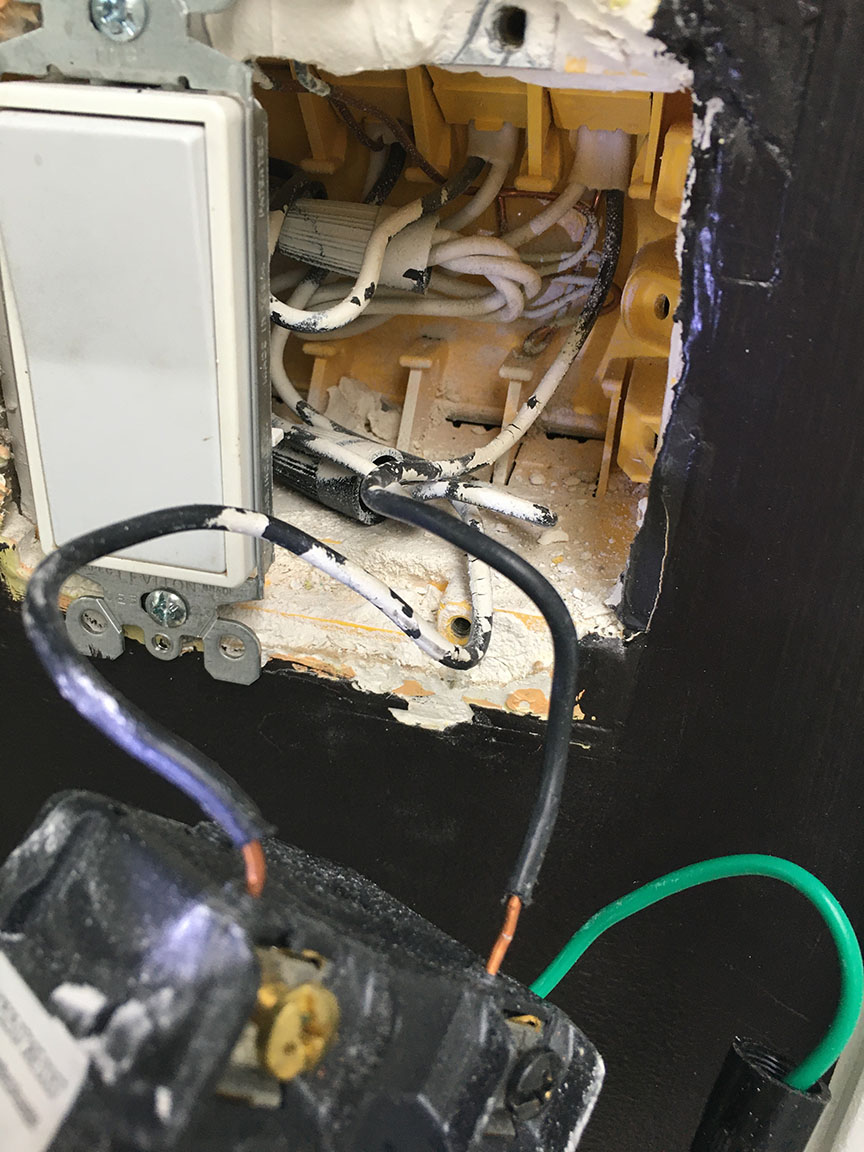 this is the metal face of switch: 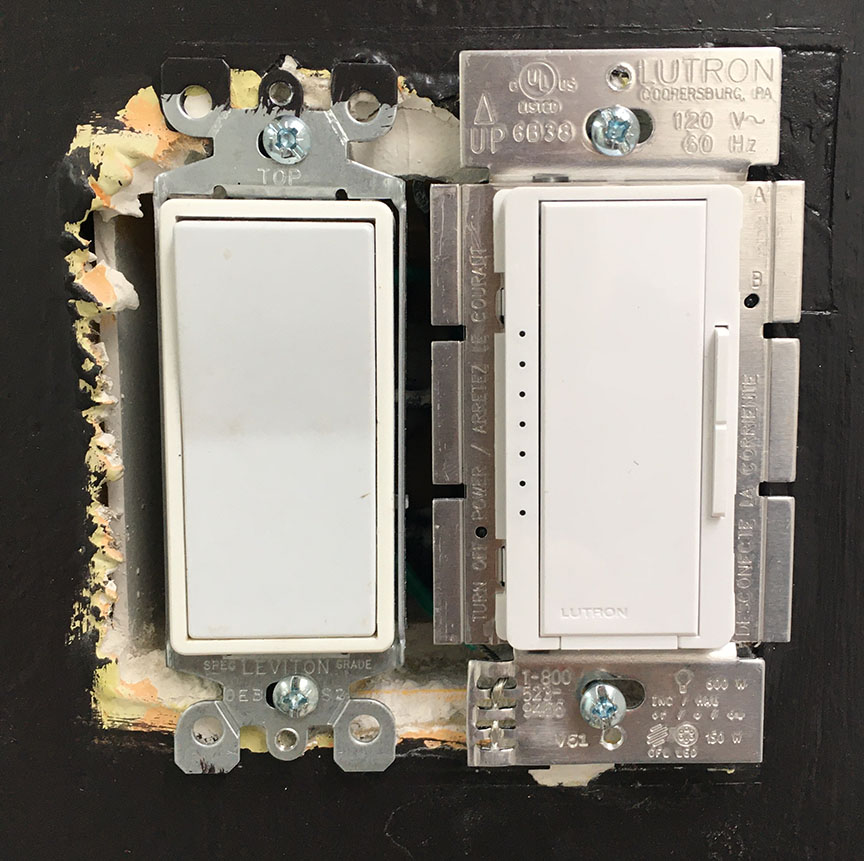 Under ‘Important notes’ in the Lutron instructions, it mentions: When no ‘grounding means ‘ exists in the wall box, the…code allows a control to be installed as a replacement if 1) a non-metallic, non-combustible faceplate is used with non metallic attachment screws, or 2) the circuit is protected by a ground fault circuit interruptor. When installing a control according to these methods, cap or remove green wire before screwing control into wall box.

That means this dimmer is NOT a modern type (those either need neutral to power themselves, or a special UL variance to bootleg ground as neutral. Those won't work without ground, but that is not your dimmer, so not your problem). What you have here is the "old school" classic dimmer that powers itself by leaking power through the [incandescent] bulb. Only certain LEDs will tolerate this; the rest need the modern dimmer type that self-powers.

Lutron has a list of recommend LED bulbs; a few bulbs from Commercial Electric are on it. This one is not.

I would start by rolling it back to incandescent (or just temporarily hooking up an incandescent light for testing purposes). If the dimmer now works properly, you know the dimmer is reliable.

If it does, then the dimmer is using the traditional strategy of leaking current "through the bulb" to power itself. Of course you can't very well go leaving an incandescent bulb in your lighting; those things burn out! And when they do, your LED will be back to the bad behavior, and it won't be obvious why. Lutron actually has an answer for that; the "LUT-MLC" incandescent bulb simulator module. This can be wired in parallel with the LED and left up in the junction box.

It sounds like a switch leg to me I regularly used to run 12-3 or 14-3 from bathroom fixtures with the white being hot and marked black then the fan was black and the red was the light this is quite common so you only have a hot and a switched hot available if no ground the switch won’t work.

1
Newly installed ceiling fan, lights turn on and off on it's own - dimmer switch, breaker or light bulbs causing issue?
2
When I turn the light on/off on one circuit, it makes the light “blink” off/on on another circuit
2
Dimmer switch remains powered with switch off!
2
Trying to install a dimmer switch for my light attached to my ceiling fan
1
LED lamp keeps glowing when dimmer is turned off
1
Why doesn't new dimmer switch brighten completely?
0
Why would there be an additional cable in double gang box for 2 light switches?
2
Installing sensor dimmer to replace bathroom light switch beside fan switch