When adding new light to existing lights, only 1 or the other works

So I asked a similar question several weeks ago & tried a couple of the ideas put forth, but I could not get all the lights to work properly. Here's the full story including some additional detail which may or may not matter.

I installed a new light fixture with the intention of not only connecting it to existing lights, but also combining 3 lights spread over 2 light switches into 1 single light switch.

When I removed the 2 light switches, I noticed they were not wired up with 2 separate lines, instead with a single 4-wire line. So I removed the red wire from both ends & connected the remaining wires, & the lights now light up all at once when turning on the switch.

I then asked a question here:

1 of the answers suggested following this diagram:

When I did that, the switch turned on only the new light - the other lights remained off.

I tried a few similar variations but no luck - exact same result. Tried different light switches too, but same results.

I also tried with a double pole switch - but the new light doesn't work at all - only the old lights worked.

Why does this happen? What can I do to get it to work? A couple of pictures showing what I had tried. The wire going to the top right is connected to the new light. The thick black wire leads to the old lights. 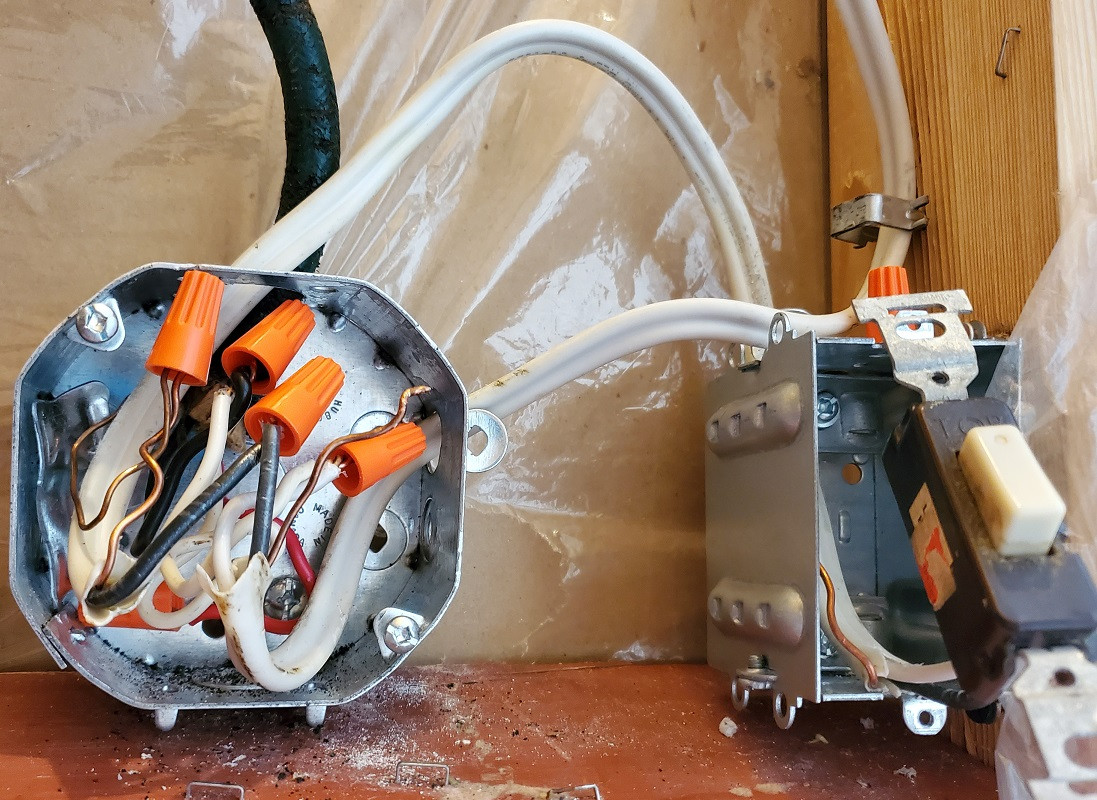 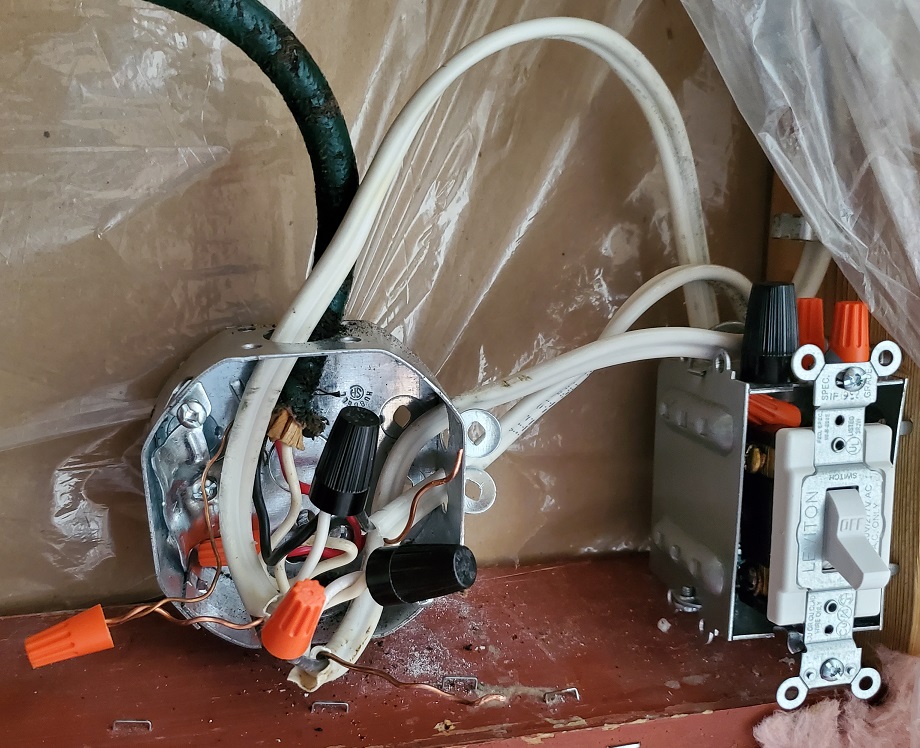 There's a serious defect in this installation.

All the places where cables come through a knockout hole, you can't do it like that. You need to fit a cable clamp. 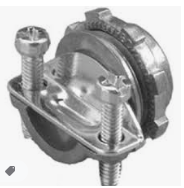 For the cables entering on the right, there's a special bracket that comes with this style of box that provides a dual cable clamp. I gather you removed that for this initial hookup; make sure it gets back on.

The only saving grace I see is it appears the older black cable is a /3 cable. It might be black for always-hot, white for neutral, and red for switched-hot; that is a modern type of switch loop that you would be able to use effectively. However you seem very unclear on the function of the various wires. We'll need to do more work to identify them.

Honestly, I am getting the impression that this setup is a former 3-way switch group. This might be saveable; but there's another question: which switch did you just eliminate? Some switches are required by law. Every room must have a switch in the usual location (you know where to grasp when you enter a darkened room for the very first time, right? That's not by accident). Further, stairways MUST have a switch at top AND bottom. You can't eliminate those mandatory switches.

Not the answer you're looking for? Browse other questions tagged electrical wiring switch light or ask your own question.

2
Adding new lights to a switch
0
Ceiling Fan Light Only Works when Fan is On
0
Two dimmers (for two separate lights) in one junction box where there's only White, Black and Red coming out of the wall
0
Bathroom light switch changed, now the light only turns on when the fan switch is turned on.
0
Installing 3 Eve Light Switches - one works, but two others just flash the lights every 6 seconds
4
I want light controlled by one switch, not two
0
Added new light to circuit but it turns on when switch is off
1
Two switches, two lights, only one configuration works