My broil element has never worked in my oven. I moved into this house 11 years ago, and the oven is probably the original one with the house (it's an olive green tappan electric!). I finally decided to look at why the broiler didn't work and the element was clearly toasted. A multimeter showed no continuity.

I looked around online and found a replacement element, and it looks identical to the one I removed (minus the burned out part) and checked it with a multimeter also (29 ohms) so I thought I was good to go, except they have different connectors. Here is the original: 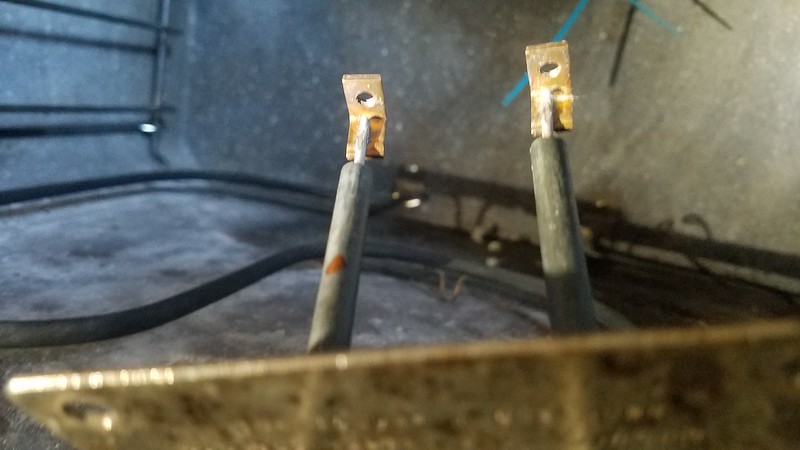 And here is the replacement: 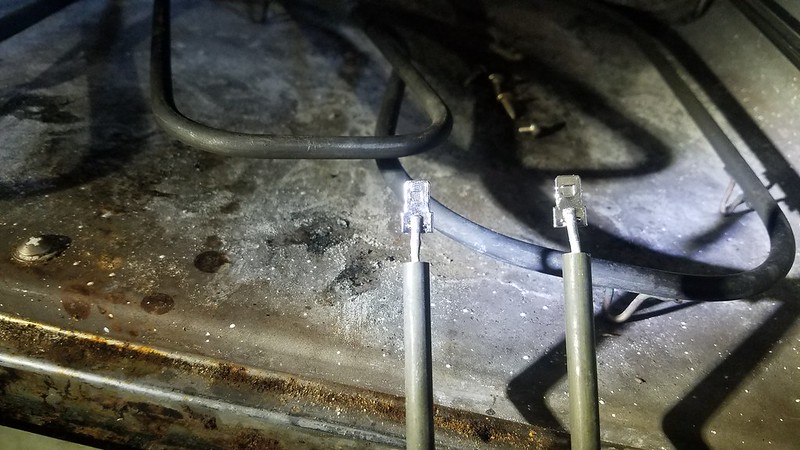 I am okay soldering and putting new ends on wires. Would I be okay changing the connector on the wires? Would they need any kind of ceramic coating for being in an oven?

Also the wires connecting to the element look tired. I don't necessarily want to replace the oven right now as we are saving to redo the whole kitchen and don't know what kind we want to go with. Are these okay? Should I take the oven out and replace the wires from the back? Thanks for anyone and everyone's help. 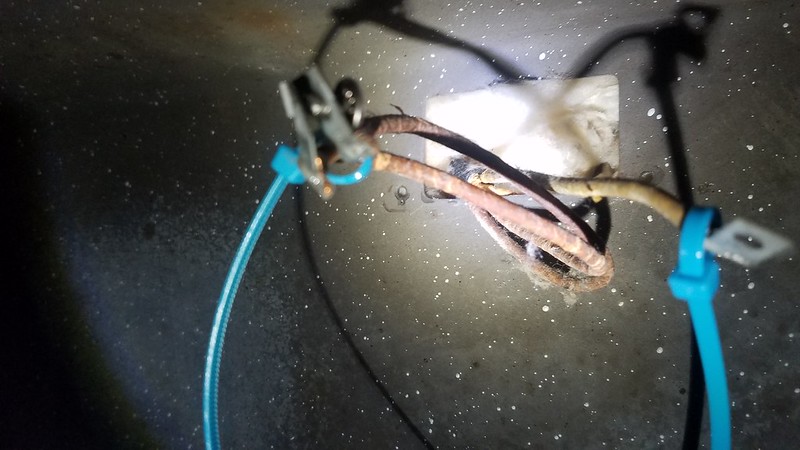 I would be looking for high temperature female spade fittings similar the one below that fits onto your heating element and crimp them on to your wires. My advice would be to take your element into an appliance repair store and get the fittings there so you get the right type and size. You will probably have to buy a crimping tool unless you can talk the guy into letting you borrow his.
You could also remove the wires from the back and have the appliance guy crimp the fitting on the wires and them reinstall them in your oven... just remember how to hook them back up. 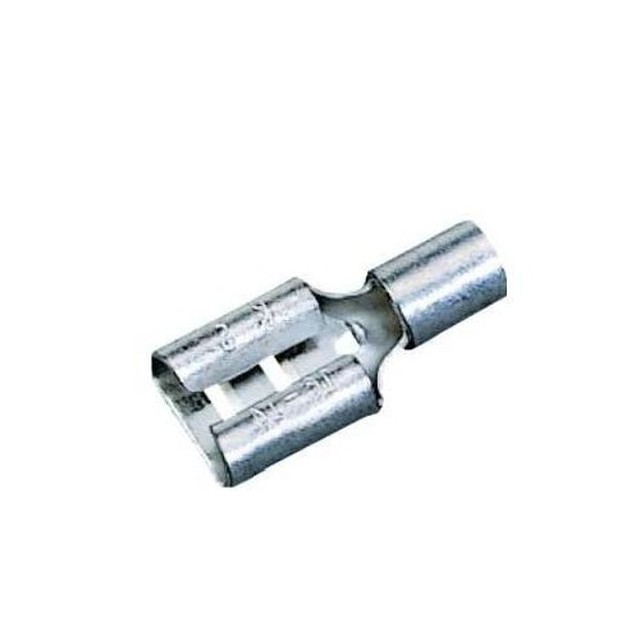 You might get acceptable results by drilling out the new connectors you have to accept the screw, and sandwiching it with a nut. Hard to be sure of the scale since they are not pictured together. If a hole that the screw would fit through would remove too much of the metal, that won't work long-term.

The proper thing (other than an element with the actual correct connectors on it) would be to find a Female Spade Connector to Ring terminal adapter, but I'm not having much luck with that - they are probably made, but I'm getting too many garbage results from searching. You have Male Spade connectors (beware that the come in different sizes, classified by the width) on the new element, and a screwed connection on the old wires, so that would adapt between them.

A simpler to find solution that requires a degree of faith in your ability to make solderless connections would be just crimp-on female spade connectors, but they should probably be specifically ones for use in ovens due to the operating temperature. That would be for replacing the present terminals on the wires. If you chose to replace the wires you might be able to get ones with the connector you need already attached - but odds are the wires you have are fine, you're just unused to seeing high temperature insulation, especially that's been in use for 50 years.