How full can my sump pit get before I should worry?

After dealing with this issue by adding a circuit dedicated to the sump pump, it has been very dry in my area. The sump pump hasn't kicked on in the month or so since the circuit was added. I wasn't worried...

However, the last week has been a wet one. Today, especially, has been near flood conditions to the point that they are closing many local schools. I still have not seen or heard the pump come on.

The sump pump power runs into the power cord from a switch, which then plugs directly into the dedicated circuit. The switch cord connects to a float set up in the sump pit, along with the pump itself.

The sump pit is a 25+ gallon pit with several drainage lines feeding into it at various levels. It has standing water in the pit, which I, as I understand things, does not necessarily indicate a problem. However, the water has risen above the highest drainage pipe, to within six inches of the lip. Still, the pump has not switched on.

I tried manually running the pump, and it operates fine, draining fairly quickly - half an inch or so in under 60s even during a moderate amount of rainfall. So my concern isn't that there are problems with the pump. Rather, I am concerned about the switch.

I do not see the float anywhere in the water. How high can the water get before it is certain that there is a problem?

Note that my fiancee and I are leaving town on Saturday to get married. We will be gone for two weeks. More rain is anticipated, so if I need to replace the switch, it must be tonight or tomorrow.

Edit to include pics: 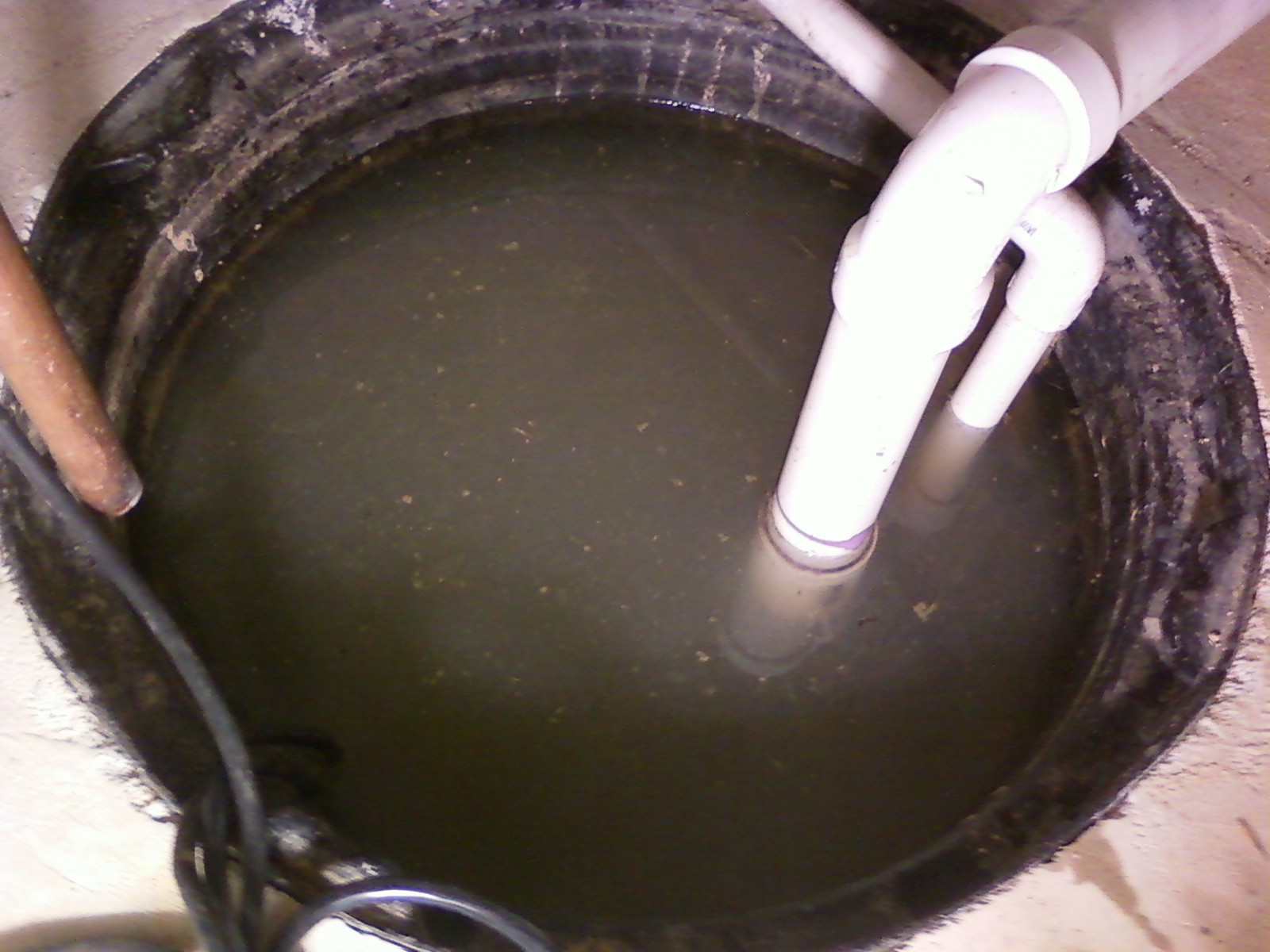 This is the water-level of the pit. The brown line on the stick marks the water-line. The paint-can is a full-size paint can, used to show scale: 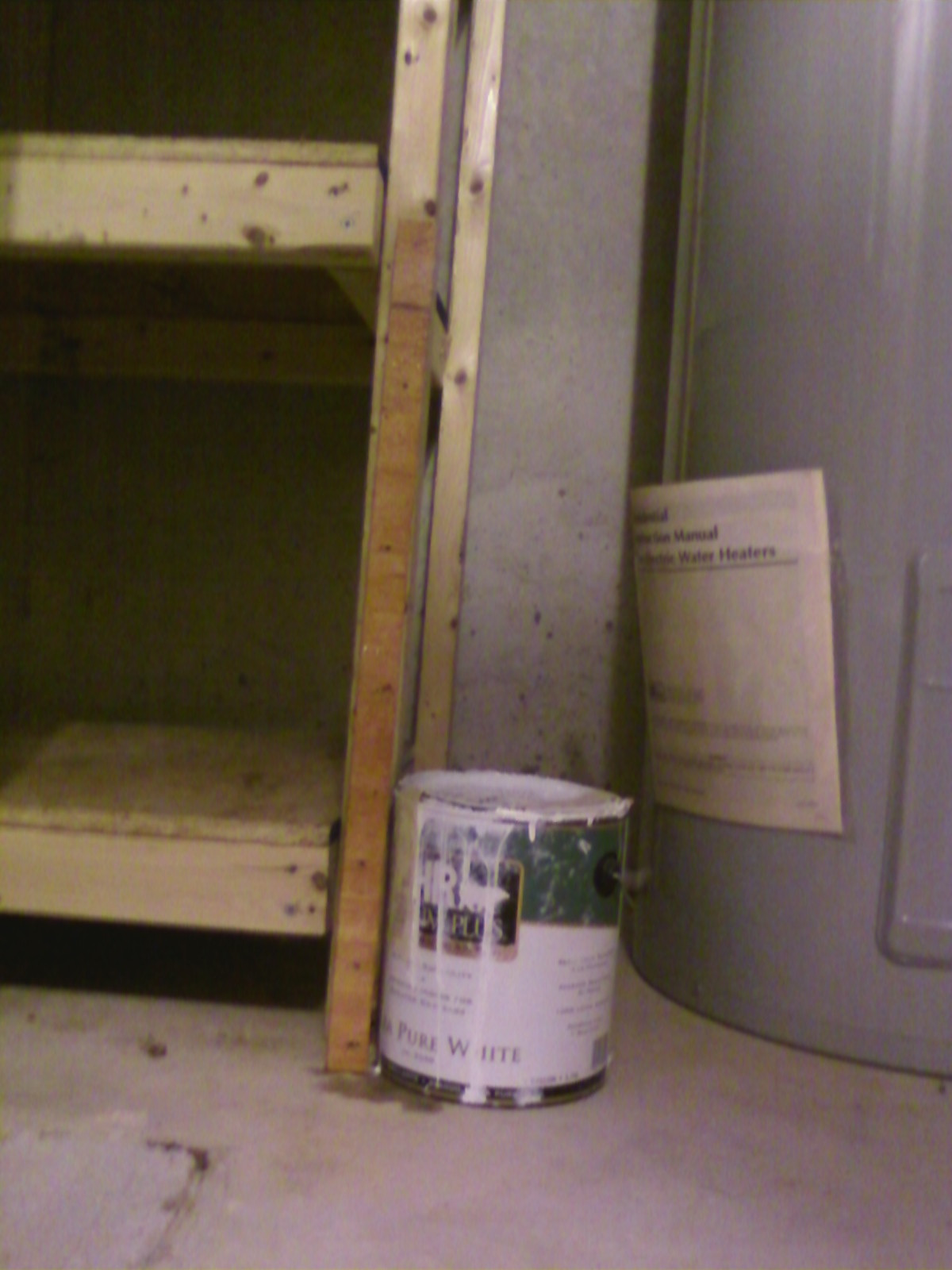 It should definately come on before the water gets to that level. Is the float the kind that has its cord clamped to a pipe and it swings up and down? If its that kind, make sure that its not hung up on anything. You may need to manually run the pump to empty the water and troubleshoot the float. Lift it and see if the pump comes on. Does the float have a separate cord that plugs into the outlet and then the pump plugs into the back of the floats plug?

I agree that it should pump more than a half inch per minute. I would think it would be normal to empty the tank in around 20-30 seconds.

I'm sorry, but you say that it drains out only 1/2 an inch from the crock in 60 seconds time when it does run? If so, then you either have a clog in the outflow line, or the pump is bad. Our pump will drain the entire crock in a matter of seconds.

If the pump is not turning on with the float totally submerged, then the switch may be a problem too.

7
How much should it cost to add a circuit breaker?
4
Should my water heater drip constantly?
0
Water draining into floor drain from inside the drain

4
Should I use a float "piggy-back" sump pump switch?
3
How do I test the functionality of a sump pump?
2
How can I power my sump pump in a power outage?
1
Sump Pump issues - both died and constant pit filling
3
Do I need a sump pump in my new construction sump pump pit?
1
Sump Pit Bone Dry After Running Every 5 Minutes, How?
2
How much water needed to test sump pump?
2
sump pit not filling like it used to