I am renovating a cabin including complete re-siding so I thought I would use this as an opportunity to upgrade the electrical service to 200amp (currently 100amp). Two reasons, 1) I might want to add full HVAC in the future, 2) the current service is not up to code and down-right dangerous (as you can tell from the attached picture). In the picture the black box is the location of the interior (now main) panel.

I initially started this discussion on this thread: Pros/Cons combined meter/load center

I've met with the Staking Engineer and we discussed various service entry points. Given the landscape, it will be difficult to put a pole in that actually helps. I've attached a photo with the final plan based on everyone's input

I like the idea of a combo unit because I think it will look a little cleaner and has a smaller foot print than a separate meter base/panel. Plus the unit I am considering (Square D SO2040M200S) allows me to bring a conduit out the top to feed my subpanel through the rim joist instead of coming out the side and taking a 90 degree turn up to the rim joist. The Square D SO2040M200S combo is about 18" wide and 41" tall as compared to (as example) UTRS202B meter base plus HOM12M200PRB panel which together are about 45" tall and only give me 12 full spaces.

I plan to use:

I think this is all doable and appears to meet code requirements. 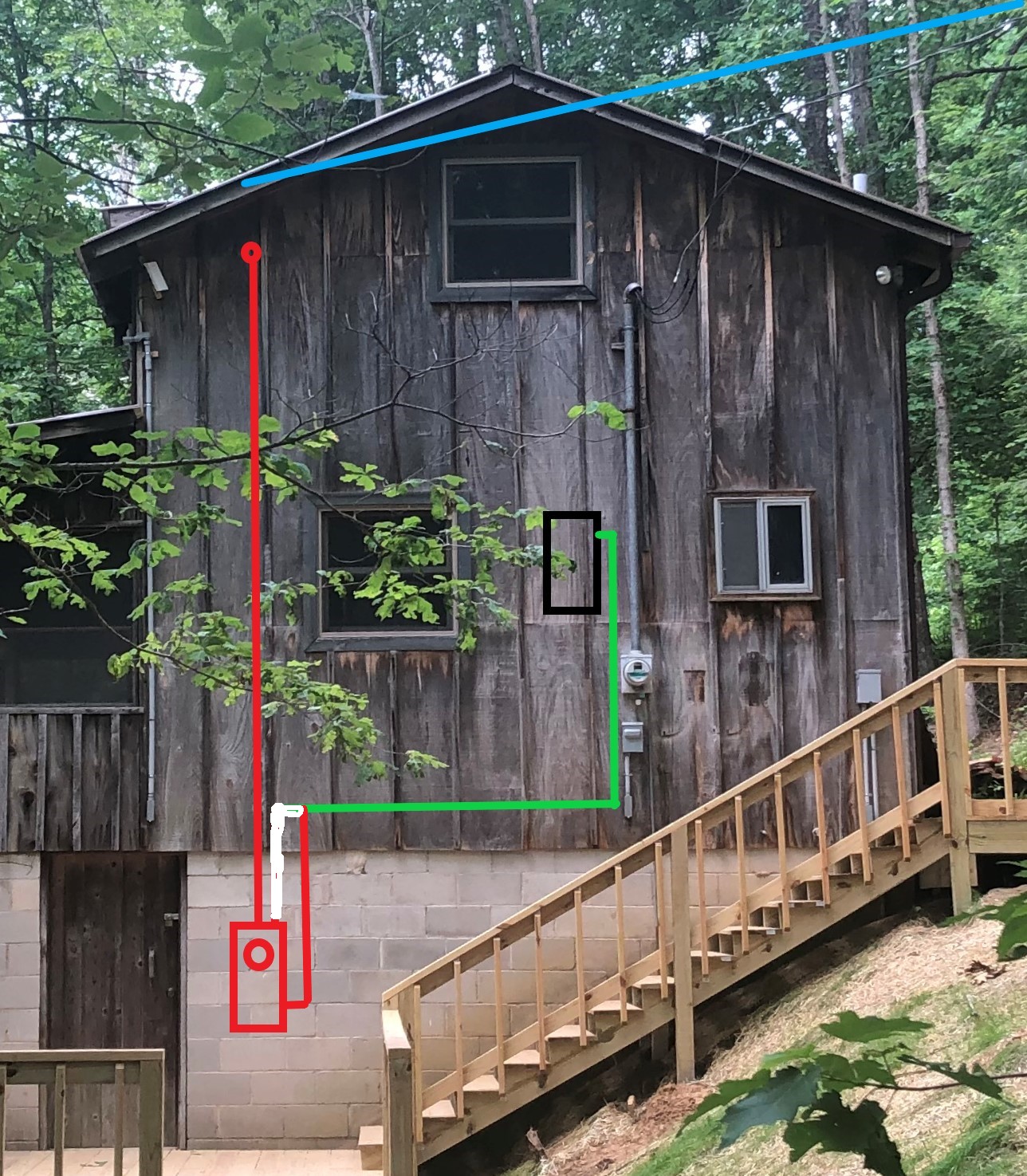 You will need to use RMC, not EMT, for the service mast

The first order of business is that your utility's overhead service guide requires the use of RMC/GRC for service masts. You are correct with using 2" for mast sizing, though; inside the mast, I'd run 3 4/0 Al XHHW-2 individual conductors in order to keep pulling reasonable and comply with Code limitations on what can be used in a conduit to begin with.

I like the thinking with the conduit to the interior panel, but it sadly won't quite work due to stud boring limits

Sadly, your plan with running oversized conduit from the meter-main to the panel won't work either. However, this is not because it's electrically wrong at all, but because of mechanical issues. IRC R602.6 point 2 limits holes in studs to 40% of the stud width, or 60% if the bored stud is sistered or fitted with an approved stud shoe to reinforce the area around the hole. However, this limits a 2x4 nominal stud (3.5" wide) to a 2.1" diameter hole, even if a stud-shoe is provided, while 2" PVC or GRC has an outside diameter of 2.375" and 2" EMT has an outside diameter of 2.2".

So, you're better off exiting the lower rear of the meter-main directly into the basement with your 1-1-1-3 SER cable and then running the SE cable up to the subpanel via whatever route works. That means you'll have to replace the SE cable with a 4/0-4/0-4/0-2/0 SER and overbore the studs and joists from 1.25" (achievable without stud shoes) to 1.75" (which requires stud shoes) if you want to upgrade the interior panel to 200A down the line, though.

I'm not sure if this is appropriate, but I thought I would post the final "product" as this is how it looks after I did the upgrade with everyone's input. Of interest, I got a new inspector as I wasn't happy with the input from the last one. I also asked this guy to come by before I had finished (at his usual rate) to make sure he was happy with what I was doing. His response: "I hate to take your money. Sounds like you know what you are doing. You would have to do something really bad for me to fail you."! When he did come by it was 9pm and we did the inspection by flashlight. He said I could have used PVC instead of RMC for the service entry as I was attaching to the eaves not the conduit. That's not listed as an option in my REC regulations. Sigh.

Now that I have the capacity, I am going to add a mini-split for AC and eventually upgrade the water heater to a tankless system.... 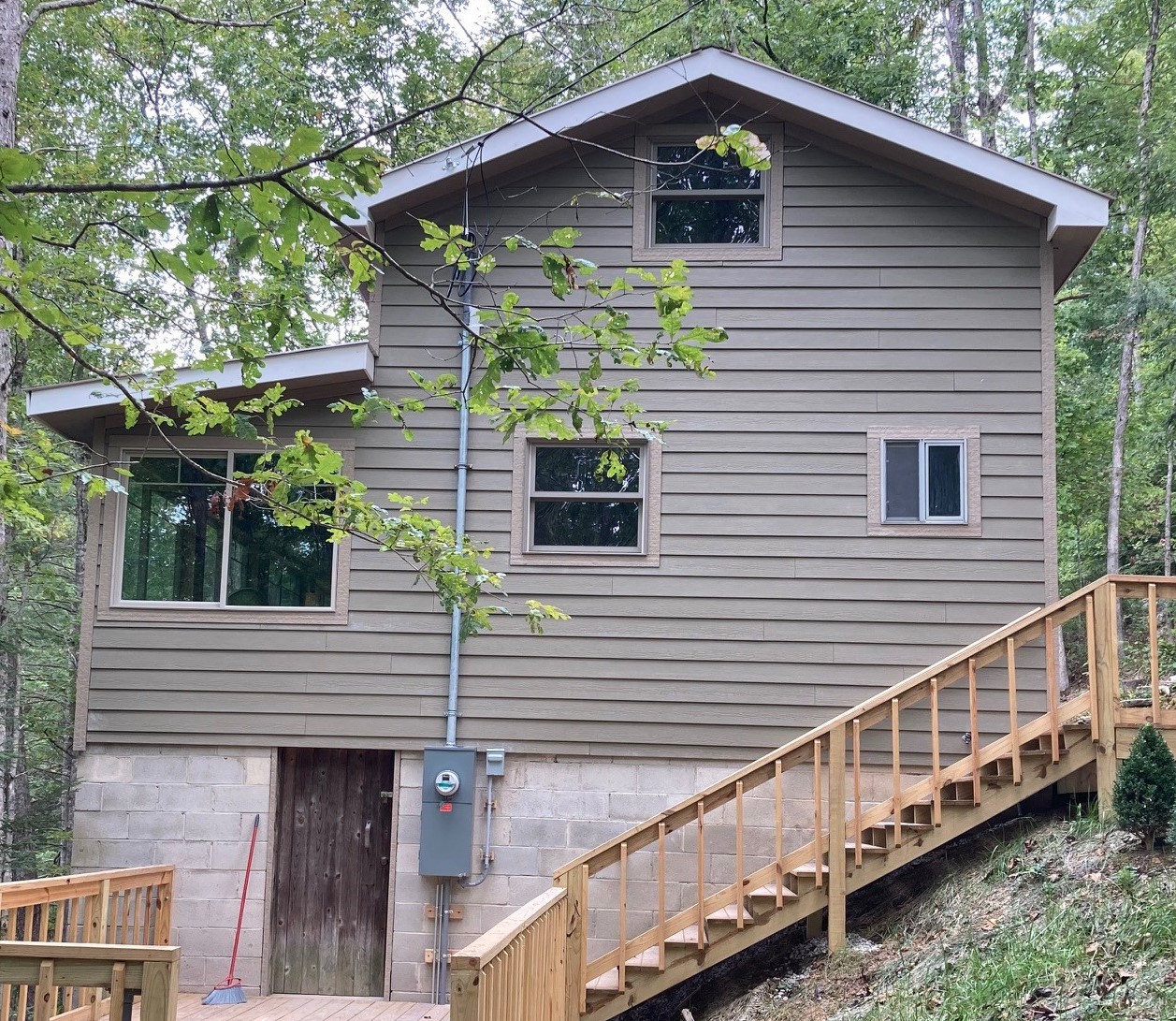 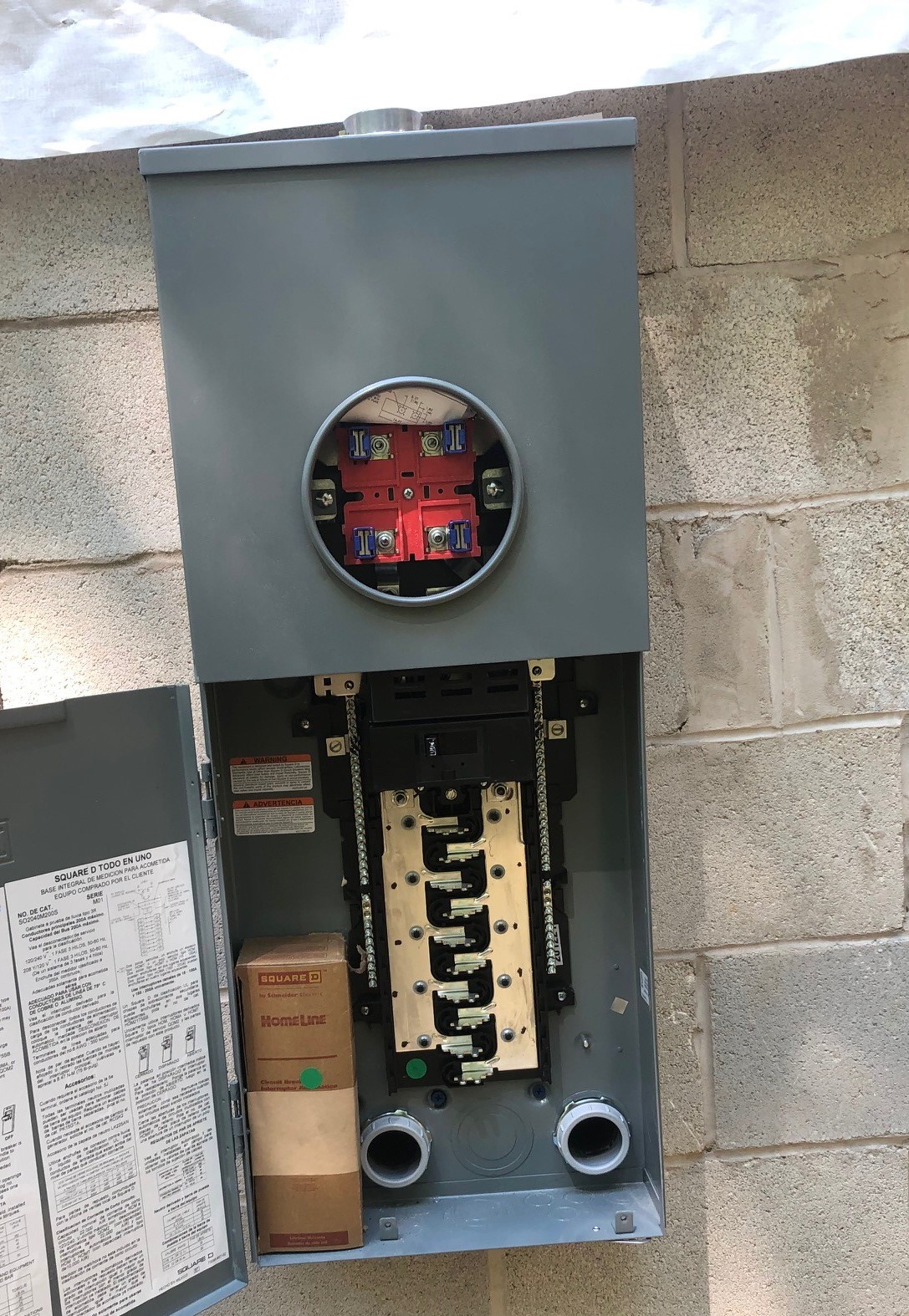 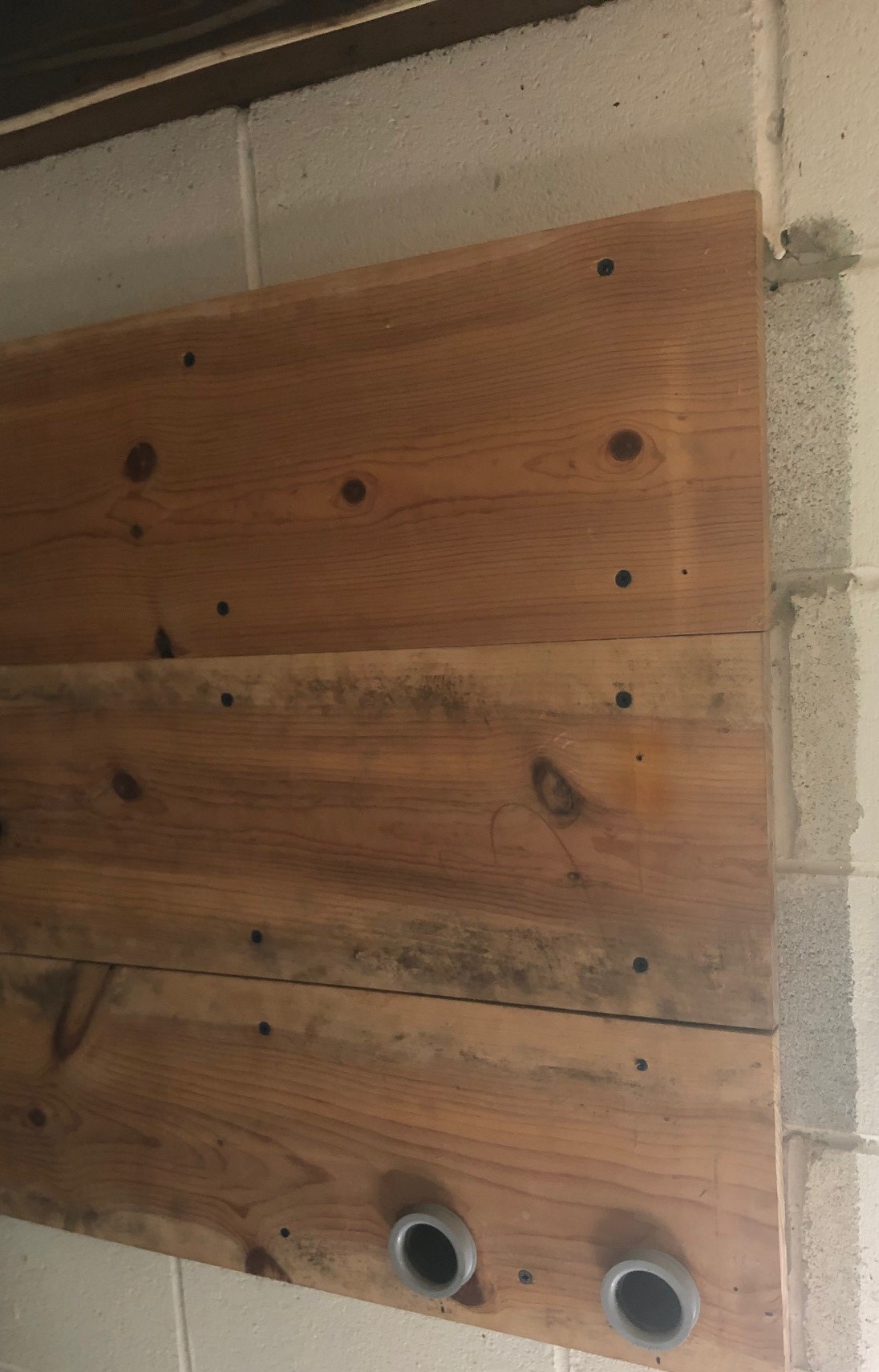 1
Can I upgrade my service and install a new panel?
0
Upgrade Electric Service from 100A to 200A
1
What load panel should I use?
2
Pros/Cons combined meter/load center
1
400amp service entrance 200amp transfer switch
1
Running cabin feeder off 200amp panel
3
Splitting 320amp service to two 200amp panels with the meter base 200ft from the house
1
Can i run a 30amp rv outlet with gfi outlet with 30 and 20 amp breakers in box off my main 100amp breakers
1
Installing a new 100 amp service panel for a new basement suite in a house serviced by 200amp